Bentuho, who was confused by the 'world's strongest' Brazil, got a pleasant victory for Chile, another South American team. The Korean national football team, led by coach Paulo Bento, won the friendly match against Chile at the Daejeon World Cup Stadium on the afternoon of the 6th with a winning goal from Hwang Hee-chan in the 12th minute and a free kick goal from Son Heung-min in the 46th minute of the second half. 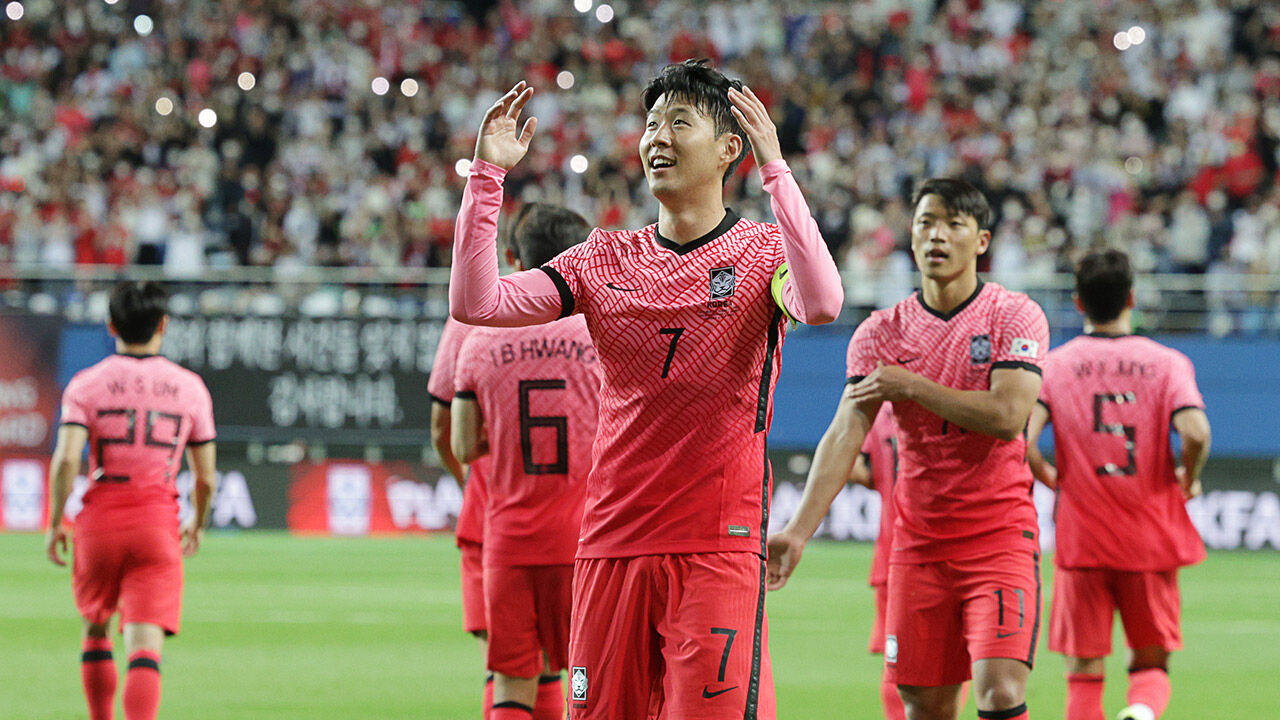 Bentuho, who was confused by the 'world's strongest' Brazil, got a pleasant victory for Chile, another South American team.

The Korean national football team, led by coach Paulo Bento, won 2-0 in a friendly match against Chile held at the Daejeon World Cup Stadium on the afternoon of the 6th with a winning goal from Hwang Hee-chan (Wolverhampton) in the 12th minute and a free kick goal from Son Heung-min (Tottenham) in the 46th minute of the second half. I did.

In the 7th minute of the second half, Chile defender Alex Ibacache's cumulative red cards gave Bentuho a numerical advantage.

In the previous two A matches against Chile, Korea had only one draw and one loss without scoring.

This match against Chile is the second of Bentujo's 4 matches in June in preparation for the 2022 Qatar World Cup, following Brazil (1-5 loss) on the 2nd day.

Chile is ranked 28th in FIFA's ranking, one place higher than Korea (29th).

However, after failing to qualify for the Qatar World Cup finals, they went through a generation change, so many key players such as Alexis Sanchez and Arturo Vidal (above Inter Milan) were omitted from the list of visits to Korea.

Son Heung-min, captain of the national team, appeared as a front-line one on this day and played his 100th match of A, becoming the 16th Korean player to join the 'Century Club'.

Bentuho will continue to prepare for the World Cup finals against Paraguay, which is also a South American team, ranked 50th in the FIFA rankings, at 8 pm on the 10th at Suwon World Cup Stadium.

Coach Bento made changes such as placing Hwang Ui-jo (Bordeaux), who was the only scorer of our national team in the Brazil match against Chile, on the bench and placing Son Heung-min at the forefront.

Korea, who struggled with Chile's strong pressure at the beginning of the game, changed the mood with Hwang Hee-chan's refreshing goal in the 12th minute.

From the center of midfield, Freiburg Jung Woo-Young threw the ball, and Hwang Hee-Chan received it from the left flank and drove it into the upper right corner of the opponent's goal with a lightning bolt right footed shot from the left inside the penalty area.

It was Hwang Hee-chan's 8th goal of match A (47 matches), leaving the national team after the Chilean match to receive basic military training.

In the 38th minute of the first half, Diego Valencia, who fell into the right side of the goal area, allowed a dangerous shot as a cross was connected, but Korea escaped the goal and overcame the risk of conceding.

At the end of the first half, after a pass was cut in midfield, he conceded a right-footed shot to Benjamin Brereton, but it also slightly went over the post and swept the chest down.

Rep. Korea finished the first half with a lead, and in the 7th minute of the second half, their opponent defender Ibakache was sent off and further tightened the reins of the attack.

Chile scored a header from Brereton in the 16th minute of the second half, but the goal was canceled due to offside.

In the 20th minute of the second half, Korea's Son Heung-min, who intercepted the ball from the opposing defense, faced the goalkeeper one-on-one in the penalty area and was pushed down by Paulo Dias, who followed later, but the referee did not declare a foul as if it was a legitimate fight.

Heung-Min Son broke the opponent's defense line with a 2-1 pass in the 21st minute of the second half and then shot a decisive left-footed shot from the left side of the goal area, but it was slightly out of the goal and once again swallowed a disappointment.

Korea Republic, who continued to knock on the goal of Chile, finally scored a key in extra time in the second half.

Hee-Chan Hwang, who was trying to break through with Heung-Min Son's heel pass, took a free kick inside the penalty area.

Then Heung-Min Son avoided the defensive wall and kicked with his right foot to open the goal of Chile.

It was Son Heung-min's 32nd goal of match A and 'Century Club membership celebration'.

Heung-Min Son was substituted for Seung-Beom Ko (Cheon Kim) in the 47th minute of the second half with applause from around 40,000 fans, and the match ended with Bentuho's two-goal victory.