Ahmed bin Mohammed: We welcome the brothers in the first Gulf youth session on the land of the Emirates

His Highness Sheikh Ahmed bin Mohammed bin Rashid Al Maktoum, Chairman of the National Olympic Committee, welcomed the brothers from the Cooperation Council for the Arab States of the Gulf in the first edition of the Gulf Youth Games, which will be hosted by the UAE next year, noting that the opportunity will be renewed to meet the brothers in 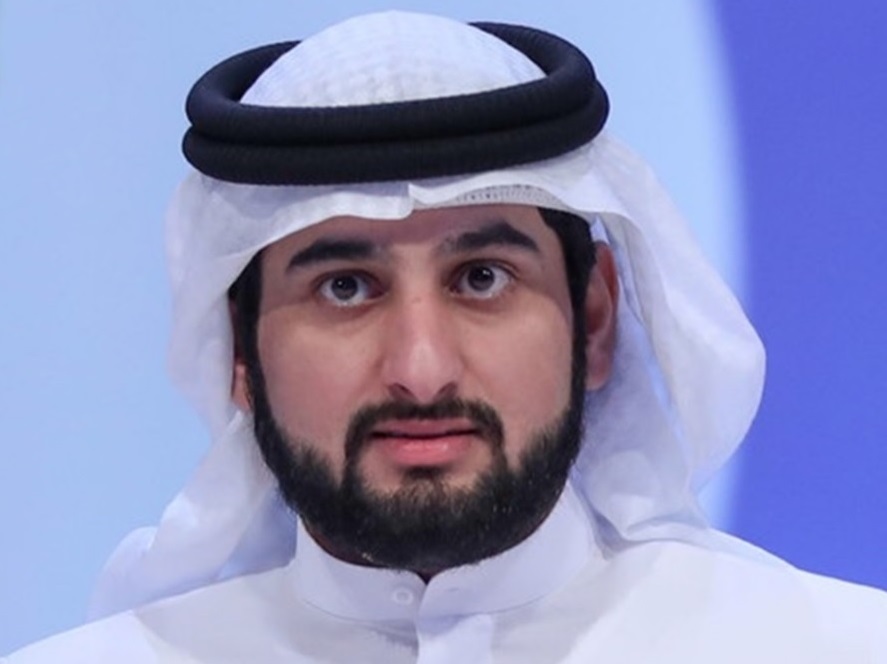 Ahmed bin Mohammed: We welcome the brothers in the first Gulf youth session on the land of the Emirates

His Highness Sheikh Ahmed bin Mohammed bin Rashid Al Maktoum, Chairman of the National Olympic Committee, welcomed the brothers from the Cooperation Council for the Arab States of the Gulf in the first edition of the Gulf Youth Games, which will be hosted by the UAE next year, indicating that the opportunity will be renewed to meet the brothers in another sports forum that embraces all athletes. On the land of the Emirates in order to record a new chapter of cohesion and harmony among the people of the one Gulf nation.

This came on the occasion of the National Olympic Committee receiving the flag of the General Secretariat of the Cooperation Council for the Arab States of the Gulf at the Sheikh Jaber Al-Abdullah International Tennis Complex, marking the UAE's hosting of the first Gulf Youth Games next year 2023.

His Highness also stressed the importance of benefiting from the outcomes of the UAE's participation in the third Gulf Games hosted by the sisterly State of Kuwait with the participation of all Gulf Cooperation Council countries.

His Highness praised the athletes' success in winning 50 colorful medals, which was the outcome of the UAE's participation in the event, stressing that the wise leadership is still waiting for more of its sons in the process of representing the nation and raising its flag, which is not matched by honor because of the great hopes and ambitions they hold to record the achievements and successes of UAE sport.

His Highness directed all departments in the National Olympic Committee to develop plans and programs to ascend to the first place in the next edition of the Gulf Games in 2026 in Doha, and double the number of medals in all individual and team sports, while preparing the necessary reports that summarize aspects of the Emirati participation in the past Gulf forum and enhance points Strength and study areas that require more work and focus to achieve the desired goals and objectives.

His Highness also called on all sports federations to continue preparing and qualifying athletes and providing national teams with distinguished among them to participate in the name of the UAE in major events, pointing out that representing the nation is a common responsibility for which efforts and endeavors are united to reach the same common goal for the elevation and distinction of the national Olympic movement.

His Highness extended his sincere thanks and appreciation to Sheikh Fahad Nasser Sabah Al-Ahmad Al-Sabah, Chairman of the Kuwaiti Olympic Committee, for the efforts made by the organizing committee for the third Gulf Games, extending at the same time his congratulations to his Kuwaiti counterpart on the success of the session and its exit in this honorable image.

In the ceremony for handing over the flag of the General Secretariat of the Cooperation Council for the Arab States of the Gulf, the Committee represented HE Eng. Azza bint Suleiman, Assistant Secretary-General for Administrative and Financial Affairs of the National Olympic Committee, who received it from Sheikh Mubarak Al-Nawaf, member of the Board of Directors of the Kuwait Olympic Committee.

Engineer Azza bint Sulaiman valued this important moment in the march of the national and Gulf Olympic movement by hosting the first Gulf session for juniors and youth in the UAE. An athlete for Gulf youth through which the principles of competition between athletes and their brothers are applied in a fraternal sporting atmosphere dominated by love and understanding.

Bint Suleiman expressed her sincere thanks and appreciation to His Highness Sheikh Mohammed bin Zayed Al Nahyan, President of the State - may God protect him - and His Highness Sheikh Mohammed bin Rashid Al Maktoum, Vice President of the State, Prime Minister and Ruler of Dubai - may God protect him - for the unlimited support and generous follow-up that included all Athletes and gave them confidence and impetus to achieve achievements in the name of the nation and raise its flag in front of everyone on the podiums.

Bint Sulaiman also thanked and appreciated His Highness Sheikh Ahmed bin Mohammed bin Rashid Al Maktoum for his unlimited support and continuous follow-up to the sports delegation participating in the third Gulf Games in Kuwait and the success of the Emirati people in winning 50 colored medals in third place in the general ranking table, noting that the interest of His Highness, with the results of all the participating athletes and his constant communication with the sports delegation, was a major factor and a source of inspiration for the members of the UAE delegation and the various accompanying teams that worked hard and diligently throughout the event.

Bint Suleiman praised the efforts of the UAE Embassy in the sisterly State of Kuwait and their effective communication with everyone, and the initiative to provide support and assistance to the Emirati delegation, as well as the role of Ahmed Al-Tayeb, director of the delegation participating in the Gulf Games, and his follow-up on all matters related to athletes in various competitions.

She also valued the efforts made by the organizing committee for the Gulf Games, the organization and the welcoming of all delegations by the host country.

Our national judo team managed to win 4 gold medals in different weights by Muhammedov, Aram, Nagara Tchvili, and Juram, in addition to the silver medal by Saeed Al-Naqbi and the bronze by Ahmed Al-Sumairi.

The sport of fencing succeeded in winning 4 medals, including silver by Khalifa Al Zarouni, and 3 bronze medals in team competitions for the Ibis, Saber and Fleury.

In the first foreign participation, e-sports also won two silver medals in the FIFA game and the League of Legend game, while our national karate team players succeeded in winning the silver medal through Marwan Al Mazmi in the individual kata competition, and two bronze medals by Ahmed Salem and Suleiman Al Mulla.

Our national padel tennis team won the silver medal for the men's competition, while our women's national team won the bronze medal.

The Emirati basketball starred in the Gulf forum by winning the gold medals for the men's 5x5 and women's 3x3 competitions, and our national ice hockey team won the gold medal and first place.