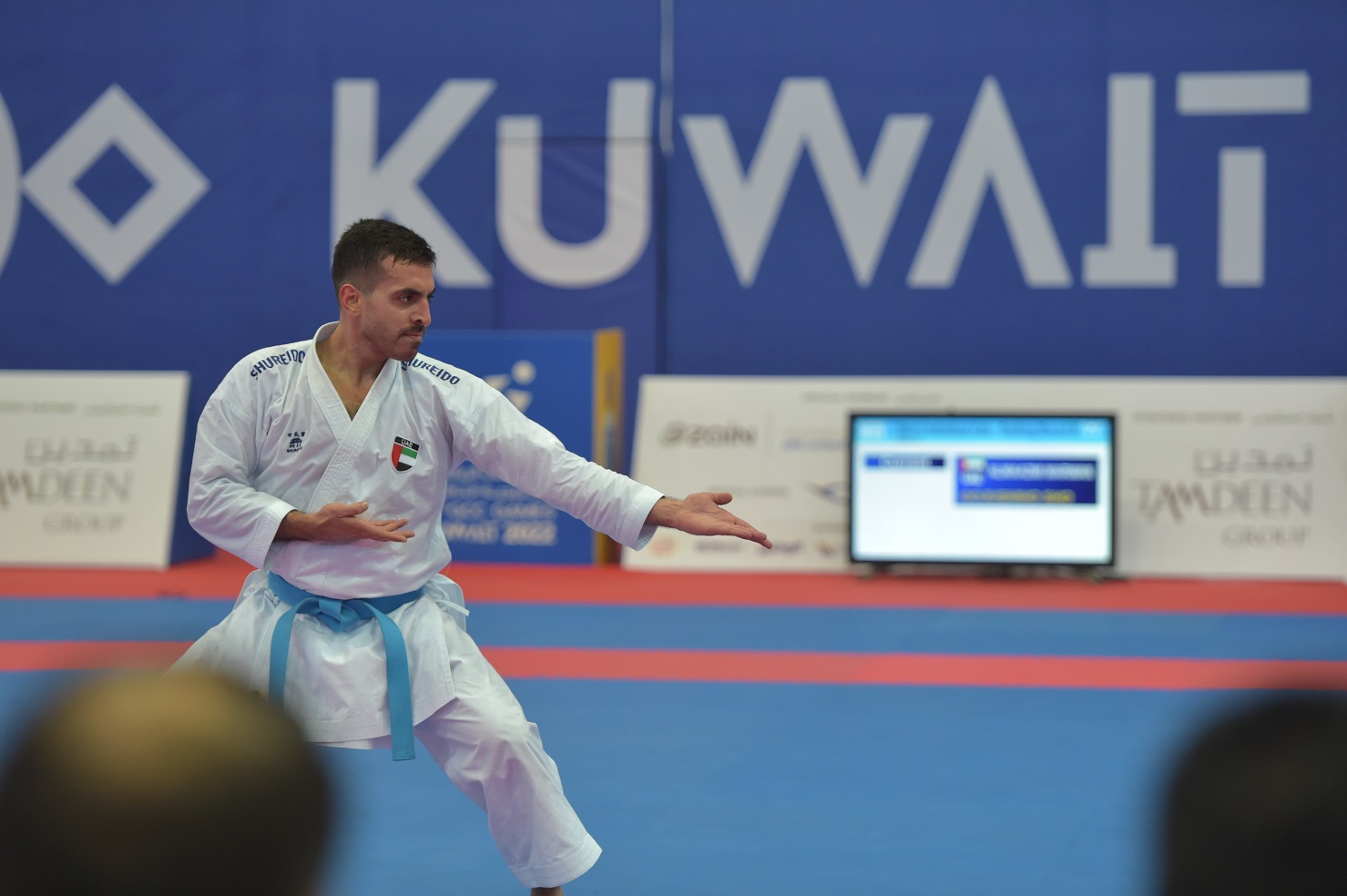 The tournament will be held with the participation of more than 1,700 athletes from the Cooperation Council for the Arab States of the Gulf.

The UAE delegation continued to maintain its third place in the general medal table with 17 gold, 15 silver, and 11 bronze medals, while the sister state of Kuwait, the host of the tournament, continued to strengthen its lead in the table with a total of 79 medals, consisting of 28 gold, 22 silver and 29 bronze medals.

Marwan Al-Mazmi, the player of our national karate team, won the silver medal in the individual kata competition, after losing to the Kuwaiti player Sayed Muhammad in the final, scoring 24.96 points against 25.42 points.

Our women's national basketball team 3*3 qualified for the semi-finals of the tournament, after defeating its Omani brother in the fourth round with a score of 18-7, and also beating its brother the Qatari team in the fifth round with a score of 15-14, to lead the competition and face its Saudi brother in the semi-finals. Final.

Engineer Sheikh Salem bin Sultan Al Qasimi, member of the Executive Office of the National Olympic Committee, President of the Asian Fencing Federation and President of the Arab and UAE Federations, expressed his thanks and appreciation to the sisterly State of Kuwait for the distinguished hosting of the third Gulf Games, praising the efforts of the organizing committee and the Kuwaiti Olympic Committee for the good organization.

Al Qasimi stressed that the UAE was keen on the Gulf participation with the largest number of male and female players in the third edition in Kuwait due to the great importance of the event, praising what the sons and daughters of the Emirates presented in the Gulf competitions by brilliance in the various team and individual games that they translated by winning many colorful medals, The UAE is looking forward to raising the medals yield in the coming days, which will witness the participation of players in other competitions.