The tactical battle of Paris: what Ancelotti's survival exercise hides

There is the ugly habit of considering as "miracles" the successes of those who triumph in contradiction. Carlo Ancelotti has won four Champions as a coach,... 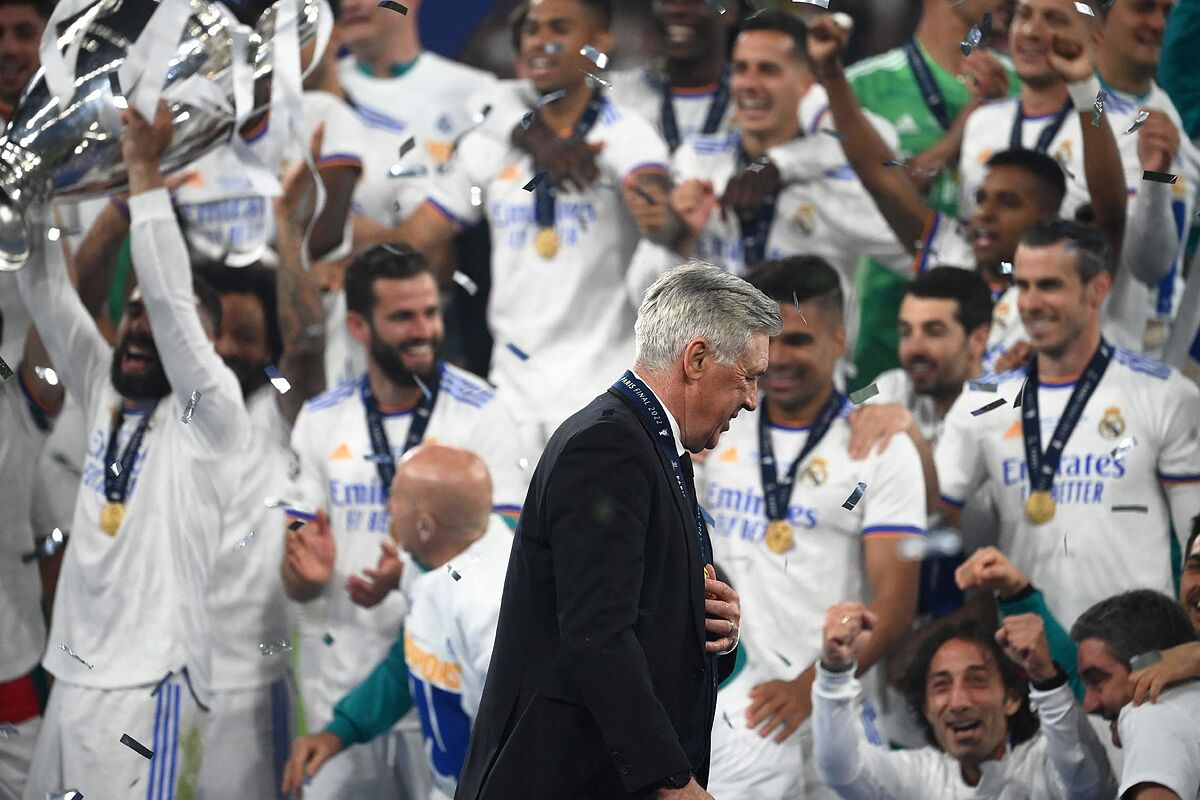 There is an ugly habit of considering as "miracles" the successes of those who succeed in the contradiction.

has won four Champions Leagues as a coach, the most in history.

He himself repeated after winning his last European Cup at the Stade de France in Paris that he did not believe what had just happened.

But, beyond that ability with which the Italian coach nullifies the ego, his triumphs are logical.

And they go far beyond survival exercises.

Ancelotti is not interested in the copious tactics or the exhibitionist's own experimentation, but rather in the physical and psychological management of talent.

And there, probably, he does not admit a rival.

Ancelotti faced the final with the fearsome Liverpool without innovating and with the plan that everyone expected.

He didn't even mind continuing the habit of making his lineup public long before his rival.

Fede Valverde on the right side, fundamental to counteract the

Convinced by the Real Madrid coach of what he would find in the first half hour, he arranged for his players to resist as best they could, with

as the last impassable frontier.

Confined in defense with two lines of four footballers -

, waiting for his legs to resist until the end, was left hanging with

The idea of ​​attacking Konaté

could not be the appropriate one, so Ancelotti ended up tilting the match where it should have been:

's lane , too neglected by

, with a 4-3-3 that Mané twisted every time he occupied areas between the lines, trusted that his advanced pressure would bring the game closer to his interests.

Although the lack of effectiveness in that first half hour of dominance began to undermine the emotional stability of their players, decreasing in drive and spirit.

The lack of ideas from the

midfielders led Liverpool to go too long and even give up ground in ball possession (50% at the end).

So much so that his attacks, although many of them ended up in the white area, were losing coherence.

He scored a goal and another was annulled.

From Courtois to Carvajal

who starred in one of the best performances in history in the European Cup (the goalkeeper made up to nine stops), Liverpool began its descent into hell on the shore where fewer flames expected.

, a footballer whose influence since he arrived is such that he forced Mané to move to the center of the attack and

to be substitutes, he was called to be the great torment of

Not only was it not like that, but the white winger, in the best moment of form of the season, erased the winger from the game.

Luis Díaz was replaced by Klopp 25 minutes from the end.

The Liverpool coach had recovered Fabinho

The game was long before the determined growth of

, whose final stretch in the government of the duel was overwhelming.

last injury, lacked explosiveness and did not open the field when he should, causing the jam in the throat.

in the first act, ended up being tied up in the second by a

who grew as the minutes went by.

While Alexander-Arnold, sometimes the only creative and offensive resource from the inside, gave in when he shouldn't, with Vinicius sneaking in the goal that would decide the Champions League.

The success of Real Madrid lies in the simplicity and consistency of its mechanism.

The hardest thing in football.