The New York Rangers defeated Carolina 5-2 in the sixth quarter-final meeting of the NHL playoffs. Had they lost, it would have been finished in the playoffs. Now it will instead be a seventh meeting. - I'm not surprised, I knew we had it in us, says Rangers coach Gerard Gallant. 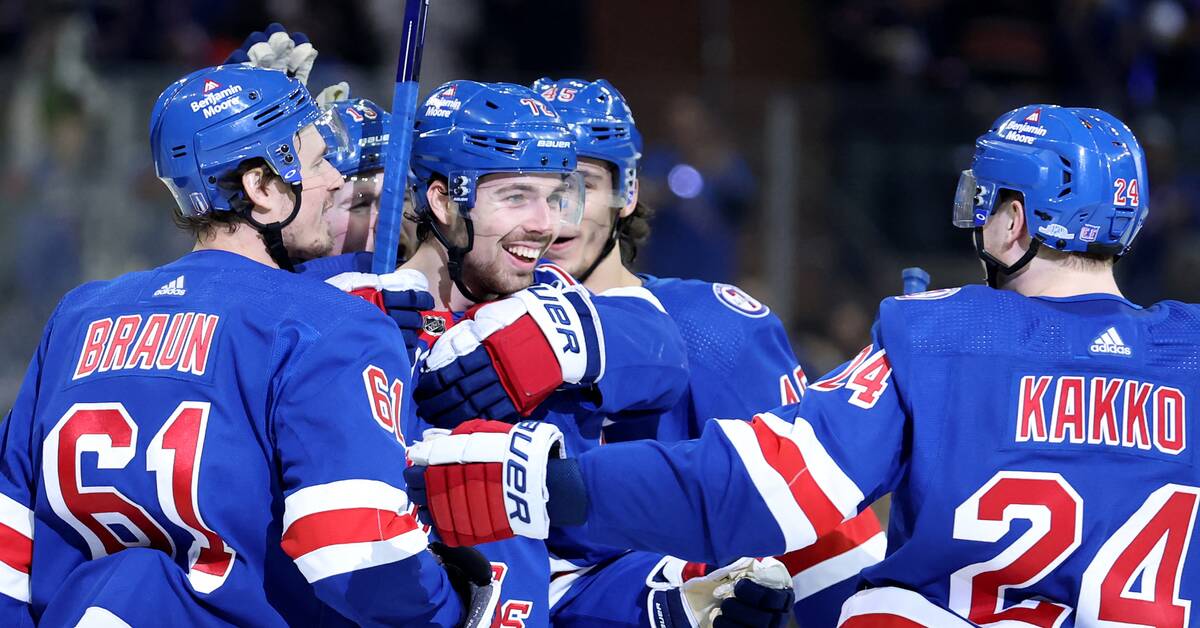 It was a win or lose for the home team Rangers, who before the meeting were down 3-2 in matches.

And New York immediately linked the grip on the match with 2-0 in the first period.

Mika Zibanejad scored one of the goals.

It was 3-0 before Carolina got their first puck.

Rangers Filip Chytil made it 4-1 with his second goal and Carolina did not succeed in more than reducing to 5-2.

Igor Sjestiorkin in the Rangers goal not only saved 37 shots, he is also noted for two assists.

- It's fun to have a goalkeeper who only has to score goals as the next step, says teammate Artemij Panarin according to Rangers Twitter account.

- He is absolutely incredible, Gallant says about his goalkeeper.

- I think he even tried to get a third assist.

It was Rangers' sixth home win in a row in the playoffs, and a new club record for most home wins in a row during a playoff.

Meeting seven, on the other hand, will be away for New York, where Carolina has been strongest.

That match will be played the night before Tuesday Swedish time.