The inside story of the shameful chaos in Saint-Denis: "It's the French, not the English!"

"It's the French, not the English!" shouted a Liverpool fan as the surroundings of the Champions League final, the game par excellence of the... 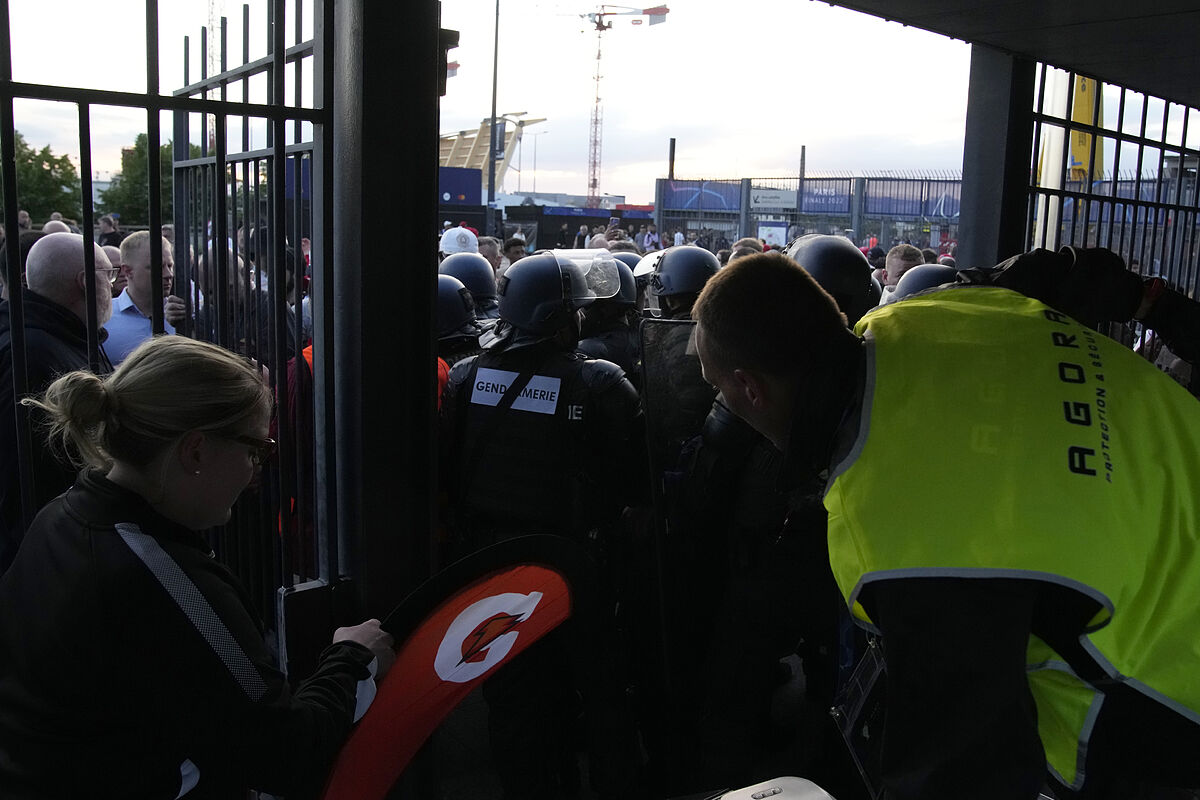 "It's the French, not the English!" shouted a Liverpool fan as the surroundings of the Champions League final, the quintessential match in world football, became small pitched battles.

Saint-Denis, a poor neighborhood with a lot of immigration, watched in amazement as the Stade de France, the jewel in the crown of French football, experienced a guerrilla war.

Riot control, pepper spray, people trying to sneak through the bars, jumping the fences and running towards the stands of the stadium.

A chain of errors that began in UEFA itself.

The organization chaired by

placed Liverpool's 'fan zone' in the city center, west of the Champs-Elysées, 45 minutes by metro from Saint-Denis station.

The Real Madrid team, meanwhile, held the preview in a park near the stadium, the Legion of Honor, just a 20-minute walk away.

The result was that at half past seven in the evening, an hour and a half before the official time of the final, the Real Madrid stands were full and the Liverpool stands were half an inning away.

On the pitch, the footballers did not understand anything.

They warmed up as usual and went to the locker room with ten minutes to nine, but heard from their lockers how the duel was postponed by 15 minutes.

"There is surprise in both locker rooms," they admitted from inside the Stade de France.

At his side, one from Liverpool showed the cuts produced by the pushes of the police, nervous about the situation.

The security forces used pepper spray against fans who had tickets and against those who did not.

They made no difference in the midst of uncertainty.

The doors where madness took over the environment were the Z, the X and the Y, in the latter with an important funnel of 'reds'.

In the other two, North African teenagers tried to take advantage of the security guards' moments of doubt to run towards the stands.

"I'm from Madrid. I love Madrid! I just want to see Madrid!" cried one of the detainees, whom the police chased to the interior seats.

Little by little, the riot police began to control the situation and the game started at 21:36, 36 minutes later than planned, with the Liverpool stands practically full.

The only thing missing was the half thousand who were still standing at the door Y, where everything was tears, rage and impotence.

A few meters away, the police continued charging with pepper spray against the young people who did not have a ticket and who were trying to break down the doors by force.

The guards tried to free the accesses to be able to control well who had a ticket and who did not, but with the game started and with the screams that could be heard in the background, it was impossible.

The situation turned into chaos, fans with tickets demanded to see the duel ("I paid 2,000 euros!" said one),

An inexplicable chaos a year and a half before the 2024 Paris Olympic Games in which the Stade de France, with capacity for 75,000 spectators, will host the opening and closing ceremonies, the athletics events and the rugby tournament.

The problems of the Champions League are supposed to help to better prepare the event, assuming that there is nothing, nothing, like the ecstasy that football provokes.