The ideal world does not exist: why the world of figure skating took hostility to Nugumanova's accusations against Rukavitsyn

Elizaveta Nugumanova's allegations of mistreatment by coach Yevgeny Rukavitsyn did not find understanding among most experts in the figure skating world. Probably, in this way they are trying to maintain the status quo and continue to work as it has been accepted for decades. On the other hand, an athlete who begins to feel sorry for himself, at some point ceases to feel the boundaries of truth and “variations on a theme”. One way or another, the sport will have to come to terms with the fact that the world will never be the same again. 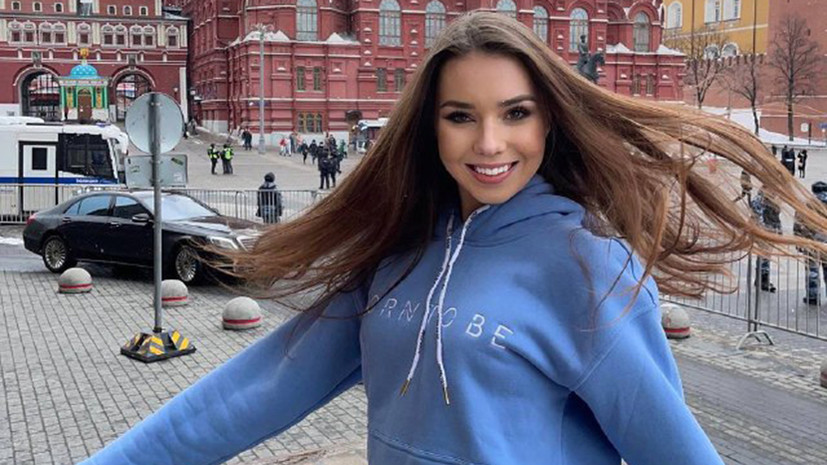 Liza Nugumanova accused her coaches of cruelty and bullying, and the whole figure skating world immediately began to assess what had happened: lying or not lying?

Is it acceptable or not?

The problem is old, not to say ancient.

But it seems to me that it is worth talking about something else.

For example, about the fact that big sport is a continuous violence against oneself.

It has been so at all times and the only question is whether the athlete himself exposes himself to this violence, or whether the coach manages the process.

The difference between these two positions is enormous.

This is generally a great coaching art - to bring the ward to the understanding that everything he does in training, he does, because he wants it.

He goes to overload and pain, he controls his own weight up to a gram, he decides what he is ready to give up for the sake of the result, and so on.

It is much easier to force, shout, punish, publicly humiliate - there is always enough leverage, especially when it comes to a child.

Figure skating in this regard is a unique sport, if only because children are brought to the rink at the age of four, or even earlier.

I remember how, even before the Games in Sochi, we were touched by reading in an interview with 15-year-old Yulia Lipnitskaya the words that she is the main breadwinner in her family, about what a headache it is when you have to wander around rented apartments without having your own housing .

And somehow the phrase that the girl really does not like figure skating at all went into the background.

But how not to ride, not to force yourself with this day after day, when a mother, for the sake of her daughter’s opportunity to train in Moscow, sacrificed her whole life: housing in Yekaterinburg, business, personal life ... Guilt is, you know, a terrible thing even for much more of an adult.

An example of an antagonist is Anya Shcherbakova.

According to the stories of both the skater herself and her parents, the girl herself decided for herself that she wants to skate, because she really likes the process.

I like to endure and overcome myself, I like to understand that each workout brings her closer to the cherished result.

Actually, Shcherbakova was always distinguished from her peers by the internal maturity of her decisions.

Figure skating was for her a selflessly loved thing, and not at all an opportunity to earn money or break out into some kind of “other” life.

Yes, Anya had to overcome severe injuries, severely limit herself in many things, while talking about any kind of violence against this athlete, I think no one would turn their tongues.

Do I personally believe Nugumanova?

A variety of situations happen between a coach and an athlete in sports.

As the well-known Ukrainian coach Valentin Nikolaev, who once trained Olympic champions Oksana Baiul, Viktor Petrenko and European champion Vyacheslav Zagorodnyuk, once noted on this score, yelling at an athlete without choosing expressions is far from the best pedagogical technique.

But every time a stressful situation arises in sports unexpectedly and manifests itself in each athlete in different ways.

And there is simply no time to delve into memory and recall all the pedagogical literature read ...

The resistance of the athlete's psyche to stress and aggression, including coaching, is generally a kind of talent, no less than flexibility, jumping ability or speed qualities.

In this respect, all people are different: for one, in order to fall into depression for a long time, it is enough to make a casual caustic remark about being overweight or an unsuccessful suit, while the other simply ignores such remarks.

I remember how they told me a story about how a very young girl, who did not have a difficult element on the ice, the coach in the presence of the whole group rather angrily and caustically called a cow.

The girl reacted instantly: she looked cheerfully at the coach, put her hands to her head, imitating horns with her fingers, and hummed loudly: “Moo-oo-oo.”

The girl completed her career with an Olympic medal.

As she said later, she decided for herself at some point that the goal was worth stepping over herself and her pride for her sake.

To endure humiliation from the coach - including.

It’s worth starting to feel sorry for yourself - and this is exactly what Liza Nugumanova is doing now, it seems to me, a flurry of emotions can overwhelm you to such an extent that you yourself stop understanding where the truth ends and “variations on a theme” begin.

That is why it is so difficult now to believe that the figure skater in her group was surrounded entirely by monsters and villains, obsessed with the desire to kill the girl from the world.

In general, the whole story strongly echoes the now popular topic of raising the age limit.

Ideally, in such a tough profession, there should be no athletes at all who, due to age, are not capable of answering for themselves and their actions.

But the ideal world, as you know, does not exist, so we need strict rules and laws that can not only regulate, but also protect.

Otherwise, the sport turns into a closed society with its own concepts of what is acceptable, where anyone who allows himself to go against established realities risks becoming an object of harassment and ridicule.

As it is now happening with Nugumanova.

After all, in fact, all those who now - and so far without any evidence - accuse the athlete of lying, are not defending Liza's coaching staff at all and not individual specialists.

They defend themselves, their familiar world and the right to continue working in this world as they see fit and as it has been practiced for decades.

But just this can be a problem.

It is no longer possible to discount the fact that the outside world has changed a lot.

Even remaining professionally closed, it is full of a variety of information.

If only 15-20 years ago athletes grew up with the belief that the coach is always and in all respects right, now they sometimes learn about violence much earlier than this violence (whether physical or mental) can touch them.

Well, in order to understand how the situation can develop further, it is enough to look at the example of Western countries, where coaches are forced to strictly control every word in relation to an athlete and every gesture.

Whether this is good or bad is another question.

But all of us, in any case, will have to come to terms with the fact that the world, pardon the hackneyed phrase, will never be the same again.