Je t'aime, Madrid. Je t'aime, Real. That's what they call him when he walks away from the walls of the Bernabéu like a Spanish third lost in time. Je t'aime, le... 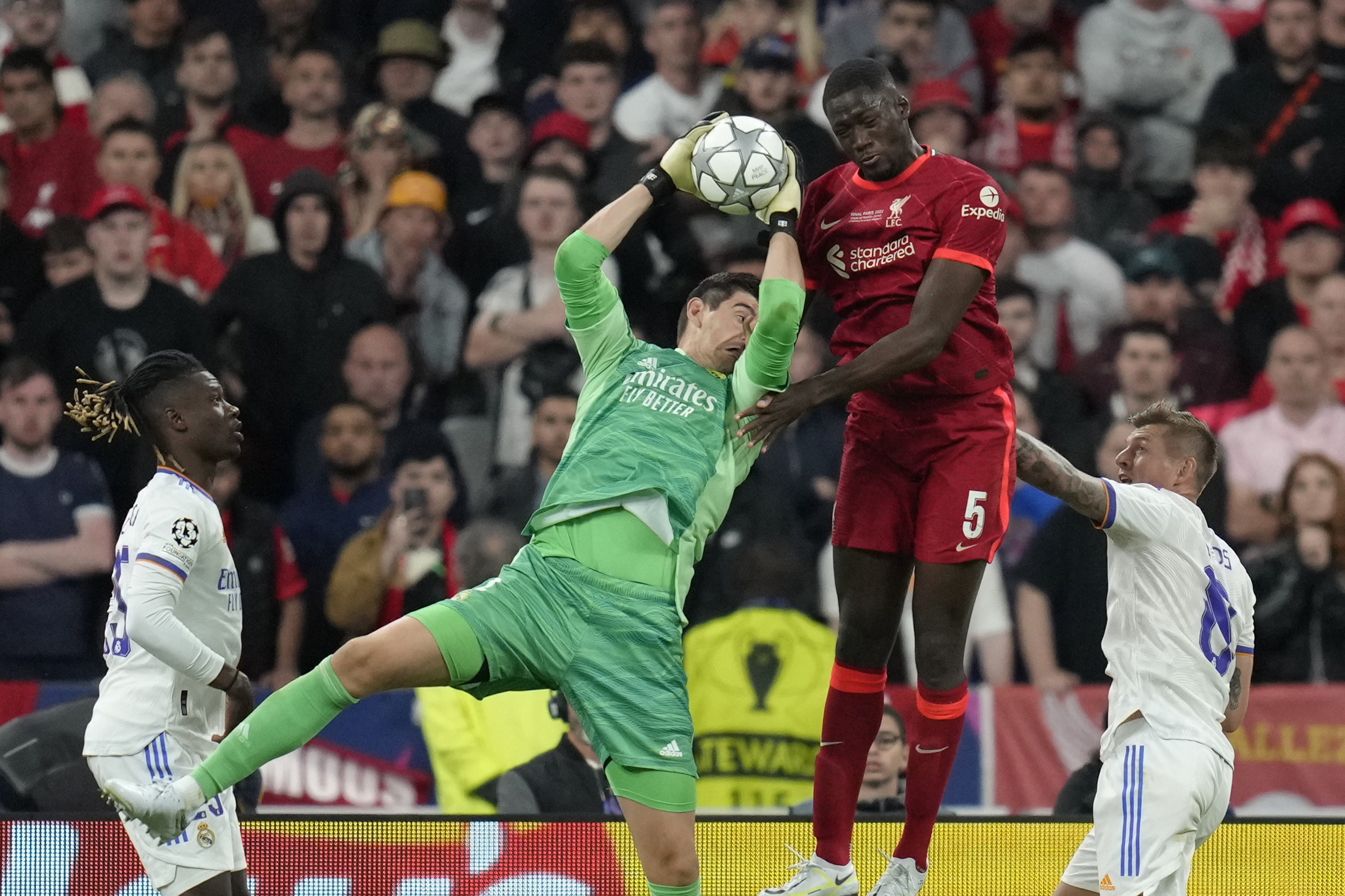 That's what they call him when he walks away from the walls of the Bernabéu like a Spanish third lost in time.

Je t'aime, this Paris whispers to him like a lover trapped in contradictions, who makes mistakes like a first-timer and stains a final, at the same time that she shows the silhouette of her imperial nude to this team that is an empire in itself.

Paris appears in her history as in the photo album of a couple in love, from that 1956 to this 2022, in black and white, and color.

The Fourteenth does not close it, that never, because this passion is longer than a life.

It is an eternal love: The European Cup, the Champions League.

It is like Madrid, woven its identity by a legion of lucky footballers, from

Di Stéfano and Puskas to Benzema, Vinicius or Courtois

, stuck in Saint Denis as the standard of the third.

It is to love it.

His people sang it in Notre Dame as in the Stade France, everyone in his place without delay, and he sings it in Cibeles, two goddesses, whether Christian or pagan.

Football is a religion that does not need altars or servitudes and Madrid is its greatest act of faith, before which reason is defeated.

This Champions League is the test, on his way and in his way of conquering it in the final against a Liverpool dominator of the game, subject to Courtois like a mast until he found the trail of blood that Vinicius followed, half cheetah, half hyena.

To win, not to play,

So confident is Madrid that his opportunity will appear that he did not want to exchange blows.

A strategy that tries to avoid risks, because it closes spaces to the rival, but that generates other evils derived from giving the ball.

The positional attack does not value the conditions of

, who are deployed in the same way as a whip, but Liverpool, of course, have the quality to create danger in any situation.

Where he could not run, the English team touched, triangulated, perpendicular to the ball in the area, or came from the wings.

Alexander-Arnold did it from the right to center very finely, as if he were threading a needle, to Salah.

The Madrid goalkeeper put his hand on the ground.

With his two meter height, landing that fast is like a bomber landing on an aircraft carrier.

Mané, on the other hand, shot from the line and Courtois flew low again to just touch the ball.

If in that section he prevented Liverpool from getting ahead, in the outcome he prevented them from drawing, again against the Egyptian, with his hand and with his foot.

Salah will see it in his nightmares.

The madridistas, in their dreams.

The occasions were, therefore, a product of the decoration, with a dominating Liverpool without the need to be frantic.

Madrid tried to counteract it erratically.

First, with long balls from Courtois who always found the giants of the English team winners, be they

Then, without harmony in the pressure, which made it easy for

The Spanish midfielder withdrew from the starting group in the warm-up, having been a doubt due to injury.

Finally, he was in eleven.

The little prominence of the Madrid midfielders in the first half favored Thiago, who could turn on himself with his head raised, like on a merry-go-round.

Looking in the mirror at the same time has been left behind, for his own good.

Madrid asked for more Modric but Madrid was something else.

Ancelotti had decided on

to put on more muscle.

He was completely right.

is not as loose or as fast as usual.

Vinicius, in the action of the goal against Liverpool.Christophe EnaAP

The long game is the game that approaches the moments that he plays best.

Experience said so, his Champions League said so, but he had to at least scare his rival to change the dynamic.

Vinicius was able to do it in the first combination with Benzema, but

was quick on the cut.

At the second, on the half-time whistle, he got it.

launched Benzema with a gentle balloon loaded with cyanide.

The Frenchman maneuvered in the area in search of the arrival of a teammate, but the ball was cut.

Valverde arrived at the same time as the defenders and the ball returned to Benzema, ahead of the goalkeeper, after a number of rebounds.

It ended up in the net, but the lineman had raised the flag.

The VAR caused a tense wait, of minutes.

The last to knock had been

, but, despite this, he was confirmed offside.

The Uruguayan, however, was going to find a cleaner exit, after the second half did not start very differently, again with Liverpool in possession and dominating.

If Madrid wanted to threaten, they had to take advantage of the tiredness that their rival, heavily punished in the season, could accumulate after game time.

Valverde received from Casemiro on a counterattack, devoured the right and focused tensely into the opposite area, where Liverpool has an Achilles' heel, the defensive weakness of

, the player with both faces.

Vinicius waited for the gift bent over, as if he did it in the cradle.

It was the inverted logic of Madrid, which used

To temper the heroic of Liverpool, he seduced the Champions League again, his love always reciprocated, eternal.