Nikola Jokic, 27, is the world's best basketball player. Today, the Serb appeared in a sulky at Solvalla. The 27-year-old is in Stockholm to witness the Elite Race. 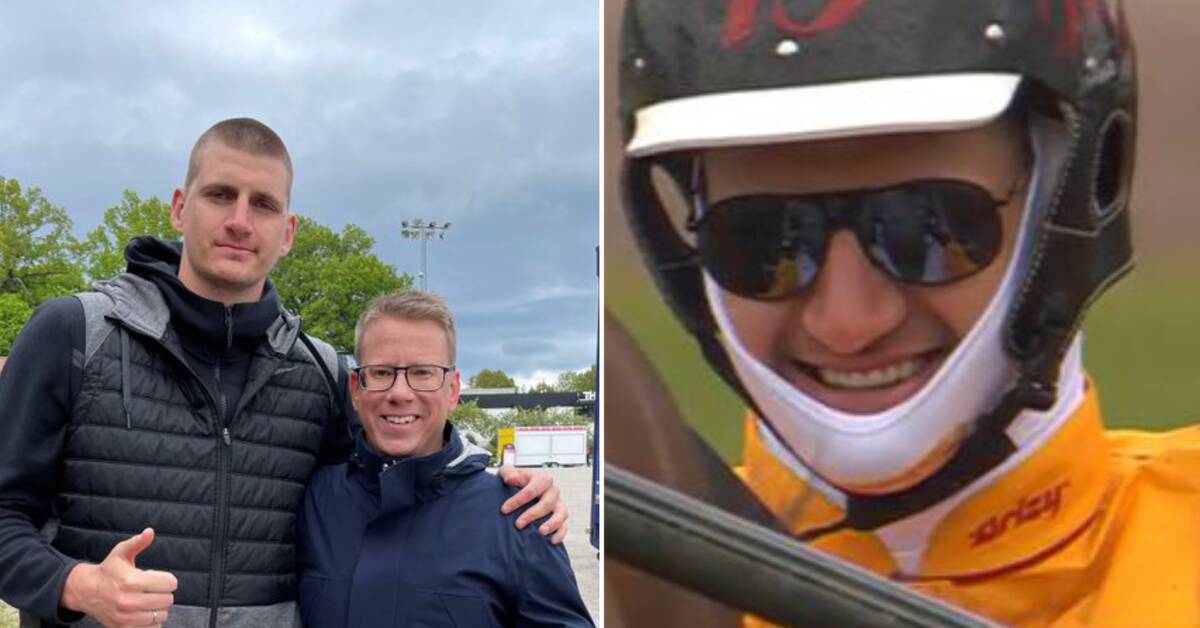 It is no secret that Nikola Jokic has a great interest in trotting.

When he received the award as the NBA's most valuable player a few weeks ago, he did it sitting in a sulky on a horse farm in Serbia.

Today, the 27-year-old was found again in a sulky.

When TV4's Nyhetsmorgon showed pictures from the warm-up before Saturday's Sweden Cup at Solvalla, extra headlights ended up on Jokic together with his friend and trotting driver Alessandro Gocciadoro.

The basketball star warmed up behind the horse Viteuvio.

Nikola Jokic plays everyday in the Denver Nuggets and is a double MVP in the league when he received the award last season as well.