EXCLUSIVE - Laurent Blanc: "Having responsibilities in a club interests me"

Former coach of Paris Saint-Germain or the Girondins de Bordeaux, Laurent Blanc is the exceptional guest of Europe 1 Sport. The former professional footballer of FC Barcelona and Manchester United in particular answered questions this Saturday from journalist and editorialist Jacques Vendroux and from the head of the sports department of Europe 1 Jean-François Pérès. An interview to be found in full in Europe 1 Sport, presented by exceptionally by Cédric Chasseur. 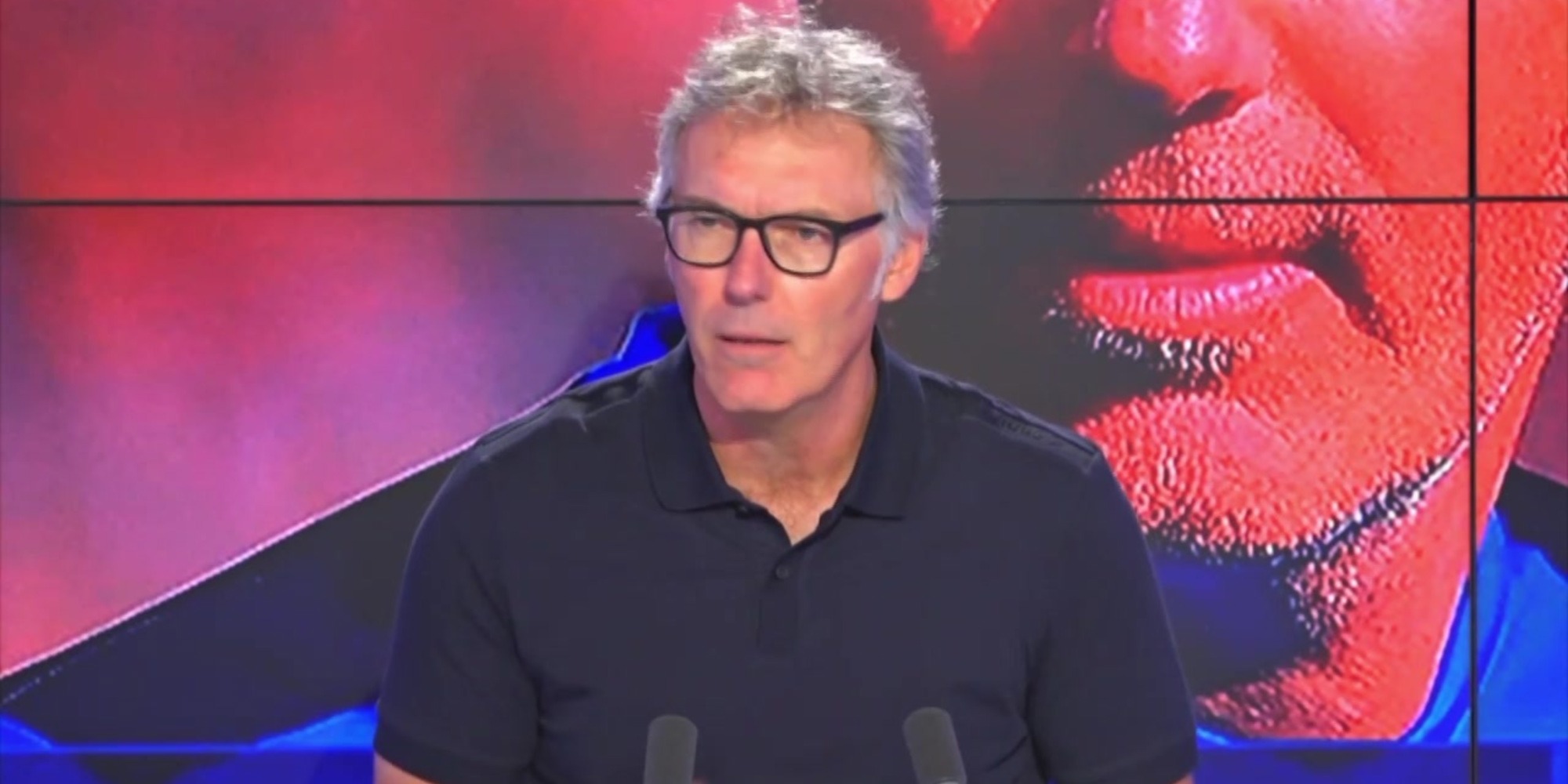 Former coach of Paris Saint-Germain or the Girondins de Bordeaux, Laurent Blanc is the exceptional guest of Europe 1 Sport.

The former professional footballer of FC Barcelona and Manchester United in particular answered questions this Saturday from journalist and editorialist Jacques Vendroux and from the head of the sports department of Europe 1 Jean-François Pérès.

An interview to be found in full in Europe 1 Sport, presented by exceptionally by Cédric Chasseur.

World Champion in 1998, European Champion in 2000, 97 selections with the France team, Laurent Blanc is a legend of French football.

Exclusively for Europe 1, the 56-year-old former defender, converted coach, spoke about his vision of current football, the Champions League final between Liverpool and Real Madrid, the Girondins de Bordeaux, but also his future plans.

On football and his plans: 'I don't like the direction of football'

Football is above everything.

It is football that is important.

Football is not made by people.

Football is the most important.

There are a multitude of people who make football, who are good or who are not so good.

What I dare say is that the direction of football is not the one I like.

Me, what interests me too, are the young people and let's not forget that we are lucky to have a very good training in France which is very profitable for us, very envied.

And we have good trainers.

We have a lot of good young players in France, we see the reservoir of the French team with the young players, it's incredible.

I was discussing with Italian friends who said to me 'but how do you manage to have all these young people?'

So of course, they are detected, they are well trained and we are lucky to have these young people.

So we have a bright future.

Having responsibilities in a club, that interests me too.

On the Champions League final: "We can see an avalanche of goals"

I think it's going to be a fantastic match because first of all there are two fantastic teams.

After that, it's a final.

I hope for the show, a team that will open the scoring quickly because with the attacking potential of both teams, we can see an avalanche of goals.

I hope that will be the case.

May the best win.

And above all, they play as a team.

When you have difficult moments, the team makes you win.

One of the best coaches, a way of playing based on attack too.

Everything is there to have an exceptional match.

It's a final, let's not forget that.

On Karim Benzema: "The Ballon d'Or, he deserves it"

He is a boy who breathes football, in his movements, in his way of playing, his way of proposing himself, of proposing solutions for his team and above all also of finishing because when I heard a few years ago that he's not a goalscorer, he doesn't score many goals.

He's a lad who has it all, who proves it, belatedly, but as soon as you see him play you know he's a Welshman.

And that is a quality that few footballers have.

I wish him first to win this final and after, the Ballon d'Or, I hope he will have it, he deserves it.

On the Girondins de Bordeaux: "When you make a lot of mistakes, unfortunately, you pay for the mistakes."

It's difficult to talk about it because it would take a little time.

What I find indecent is that there are people who can come to the head of a club and who can hurt you and make a club that is 110 years old, in 18 months, it sweeps you away.

In football, as in normal business, when you make a lot of mistakes, unfortunately, you pay for the mistakes.

It's not easy to manage a football club either.

But it's not unique to Bordeaux, we are seeing football differently, with a lot of business around and there are leaders who imagine themselves coming to a so-called football club to make money, to grow, to improve the club.

And we realize that this is not the case at all and that they can even jeopardize a club like the Girondins de Bordeaux.

I find it a shame that these people are allowed to become club bosses.

On Kylian Mbappé: "He made a very courageous decision"

He is very young.

But even young, he already seems to me to be quite solid, because you have to be solid where he is.

You have to be well surrounded, but be solid personally and I think he is.

I think he made a very courageous decision.

There was courage to say: 'I will stay in Paris, I will try to win the Champion's League with Paris.'

He could have gone to Real Madrid, but he's still young.

He will go there, abroad.

I find it good.

Let's enjoy having Kylian Mbappé in our league for a while longer and seeing him play every three days.

He will progress, I guarantee it.

We must wish him the best in terms of physical health.

He will spend some more time in Paris, after which he will go and play in the biggest European clubs.

He will win a lot of trophies.

I'm not even talking about money though.

I saw him the first time, he played in Gambardella, he made huge differences.

But I had the chance to play with very great players.

They have qualities that few people have.

He sincerely reminds me of Ronaldo, the Brazilian.

Because it seems to be something innate.

He will have to be strong, but above all he has to have confidence in his football.

EXCLUSIVE - World Cup: why the France team is "favorite", according to Laurent Blanc

On the France team: "France is the number one favorite in Qatar"

We must all have a positive opinion of the France team.

This was not the case in our time, there were a few opinions that were not very favorable.

There are other national teams which are very strong, we know them.

We know very well that these are nations that can win the World Cup.

But everyone is unanimous to name a team that has the potential and is the reigning world champion, it's France.