The press service of Real Madrid announced the reasons for the delay in the start of the UEFA Champions League final match between English Liverpool and Spanish Real Madrid.&nbsp; 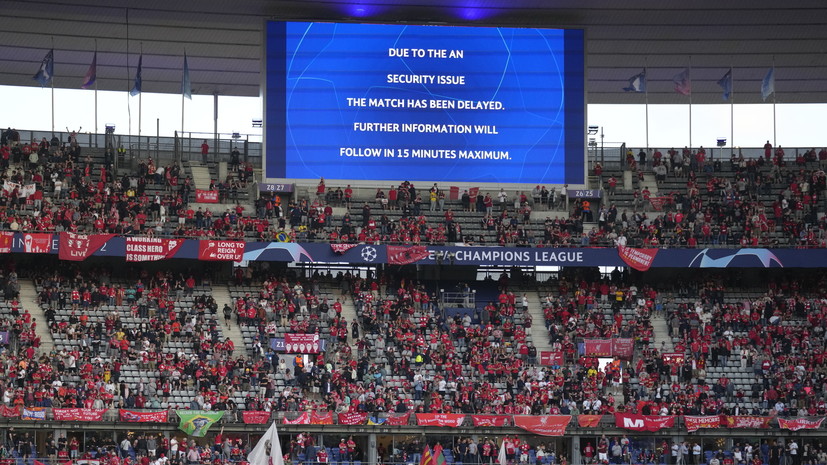 The start of the game has been postponed due to security issues, TASS reports citing the press service of the Spanish club.

The meeting will take place on the field of the Stade de France stadium in Paris.

The game was supposed to start at 22:00 Moscow time.

Liverpool have seven victories in the main club competition in Europe, while Real Madrid has 13.