Paris is still red (except with Julio Iglesias)

Some resale had asked them for 5,000 euros for a ticket and some heartless person took 1,000 for another before leaving for the race, but not even for those did the spirit of the... 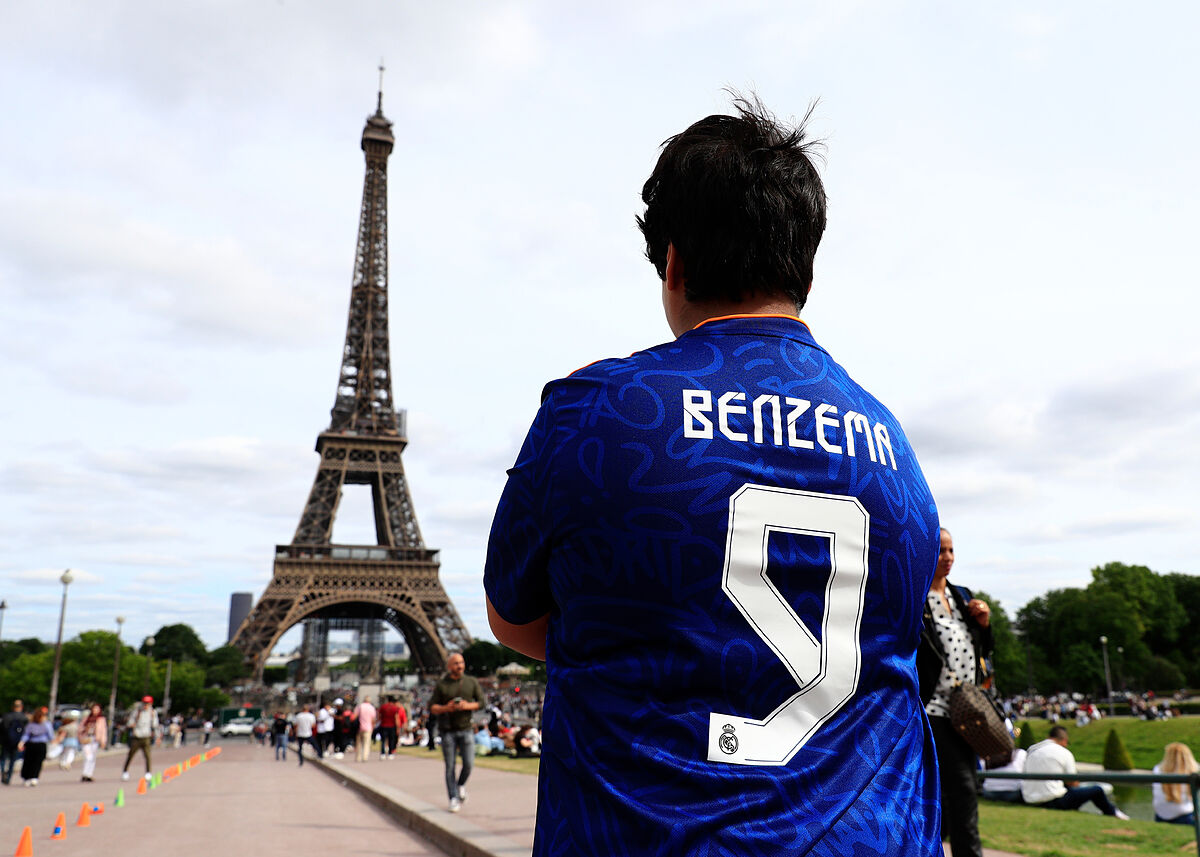 Some resale had asked them for 5,000 euros for a ticket and some heartless person took 1,000 for another before leaving for the race, but not even for those did the spirit of the Liverpool fans on the banks of the Seine decline.

In the shadow of Notre-Dame came yesterday the echoes of

, the Beatles melody turned into an anthem and tribute to

It was a Paris in shorts.

He smelled of beer and sweat.

They paid 6.5 euros for something similar to a pint, without much conviction, as if saving strength for the night party, at the Gare du Nord.

It was shining a spring sun, for them irrefutable proof of the existence of God.

"Those over there are from Washington, the others are from Atlanta. Oh, and that's from Bahrain," notes

"Believe it or not, everyone has come without a ticket."

Jackie is the president of Madrid Reds, a Liverpool supporters club in the heart of Malasaña.

His is not frivolity, but feeling.

And the moving memory of

fans in the city today, but only 19,618 will be able to access the Stade de France.

After much deliberation, UEFA has installed two screens in the Cours de Vincennes, home of the red Fan Zone.

These guys will go there, with their hangover on their backs, which weighs even more than the trip.

Many flew to Lille and from there they came by train.

"My brother-in-law arrived via Geneva and returns via Milan. Another friend spent a few days in Benidorm and took the plane to Bordeaux. In any case, this is child's play compared to the incident in kyiv," says Jackie, hungry for revenge, Sure.

But to fulfill it she needs a nemesis.

Where are the Madrid fans?

There is hardly any news, but there is a traditional note on Juan Gallardo

under the Eiffel Tower.

The effigy of Santiago Bernabéu holding a beer, the red halo and a war cry: Comando Ponzano.

Just a drop in the white storm that will rage tomorrow.

It is not only the camaraderie with

, his companion in fatigue, nor the great successes of

with which his trusted taxi driver in Paris has entertained them.

It is the joy of those who will enjoy it live, even if it is in a corner and in row two.

"My father always tells me that I am a Real Madrid fan before I am a person, because before taking me to the register he signed me up as a member," says someone who had never entered eight draws.

Neither in the last.

But everything was going to change on Thursday afternoon.

As he had booked the hotel a year ago, yesterday morning he took an AVE to Valencia: 380 euros for the flight from Manises.

Harder was the existence of the Real Madrid caravan that snaked late yesterday towards Paris.

Even the roadside motels had sold out.

Meanwhile, some 200 km to the west, the odyssey of

continued , by bus from Nantes.

"Everything was going well until there was an

problem in Barajas. They had to ask for volunteers and two altruistic Frenchmen saw fit to get off. The ticket gave them an ovation worthy of a