"Populist decision": what will the equalization of distances for women and men in cross-country skiing lead to

The Council of the International Ski Federation has equalized the distances in the races for men and women. The changes will take effect from the upcoming season. At the same time, according to the survey, the majority of athletes participating in the World Cup opposed the decision. Doubts about the expediency of the reform and vice-president of the FLGR Sergey Kryanin. And two-time world champion Olga Zavyalova believes that the entertainment of the competition will suffer from this. 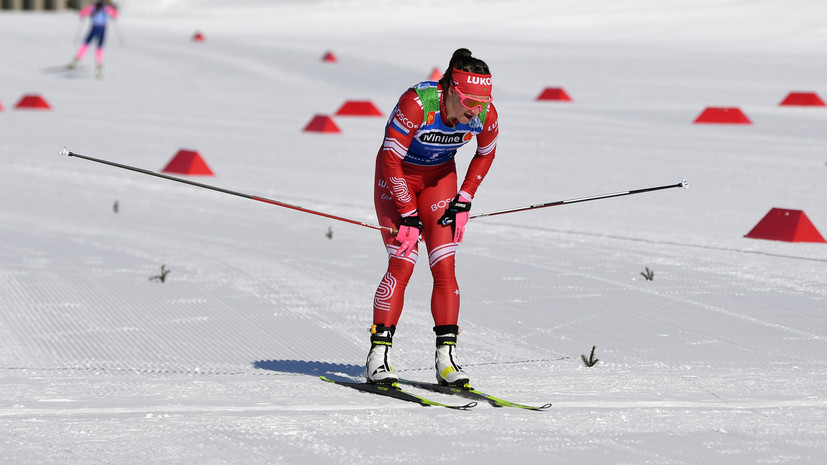 The decision was made by the board of the International Ski Federation and comes into force next season.

At the same time, the usual personal and team sprints, as well as the classic (4 × 7.5 km) and mixed (4 × 5 km) relay races will remain in the World Cup calendar.

Athletes will run the marathon twice - at the World Championships and traditionally at the KM stage in Oslo.

The main initiator of innovations was the three-time Olympic champion Vegard Ulvang, who heads the FIS cross-country skiing committee.

In his opinion, women are as strong and hardy as men, so equalizing the distances was only a matter of time.

Interestingly, representatives of the sports community did not support the reform.

TV channel NRK got access to the results of the annual survey of skiers performing in the World Cup.

114 people from 25 countries took part in it: 73% were against the introduction of equal distances.

If we take only women separately, then the figure rises to 88%.

Although, according to two-time world champion Olga Zavyalova, the changes will not affect the preparation for the season.

“All the same, skiers work most of all on endurance.

Perhaps, except that the sprinters will be hard.

But we practice such distances.

When I first started performing, I ran 30 km several times a season.

However, there were fives and tens.

Long distances are not scary in and of themselves.

Because skiers usually do this at the end of the season - they run marathons.

But when there is an equalization between a man and a woman, I think this is completely wrong.

The guys have completely reduced the distance, and the girls - on the contrary.

I just don't see the point in it.

I don’t know what’s going on in their heads, ”the former skier explained in an interview with RT.

Does not understand the goal pursued by the FIS, and vice-president of the Federation of Ski Racing of Russia Sergey Kryanin.

The bronze medalist of the World Championship is not sure that the innovations will benefit the sport.

“To be honest, I don’t understand why this leveling is needed.

The system that existed before worked.

They have to overcome other distances.

And here is a populist solution.

Whether our sport needs it or not is a big question.

Coaches should talk about preparation, perhaps there will be adjustments, but I think that global changes will not happen.

The method of bringing to a certain condition will remain the same.

In any case, you need to make volumes so that skiers can cover the distance.

At the same time, from a sporting point of view, the picture at the World Cup stages will change significantly.

According to Yury Borodavko, head coach of the Russian cross-country skiing team, under the new conditions, sprinters will have an advantage among men, and competition among girls will become less, since few will be able to withstand the proposed load.

The entertainment of the World Cup will also suffer from the reforms.

And it's not just about the distance of 50 km, which the skiers will take too long to overcome.

As Zavyalova notes, the competition calendar has become uninteresting.

You look at the schedule of the stages, and there are only races of 10 and 20 km plus a sprint.

And so there is no diversity, ”admitted the former skier.

A similar opinion was expressed by the Norwegian Heidi Weng.

The Olympic medalist also advocates for an increase in the number of distances.

She, in particular, proposed to introduce races of 5 and 7.5 km.

Thus, in the women's part of the competition, competition will increase.

However, according to Kryanin, the upcoming season will in any case be uninteresting, since the Russians will not take part in it.

“In general, I say that if there are no our athletes, then the Cup and the World Championship next year will be boring.

Who cares to look at some Norwegians who are doing the whole pedestal?

As for the Russian competitions, in connection with the decision of the FIS, there will most likely be changes here as well.

“I am not yet ready to answer about the correction of the calendar.

But if we are talking about events that are held according to the rules of the World Cup, then we will need to do the same distances, ”added Kryanin.