Worried after the final signal: "It's just tragic"

After Malmö FF secured the first cup title in 33 years, there were chaotic scenes at Tele 2 arena. Law enforcement officers and police were called to the field to prevent the team's supporters from a confrontation. - It's just frustration, sad, says Hammarby's CEO Richard von Yxkull. 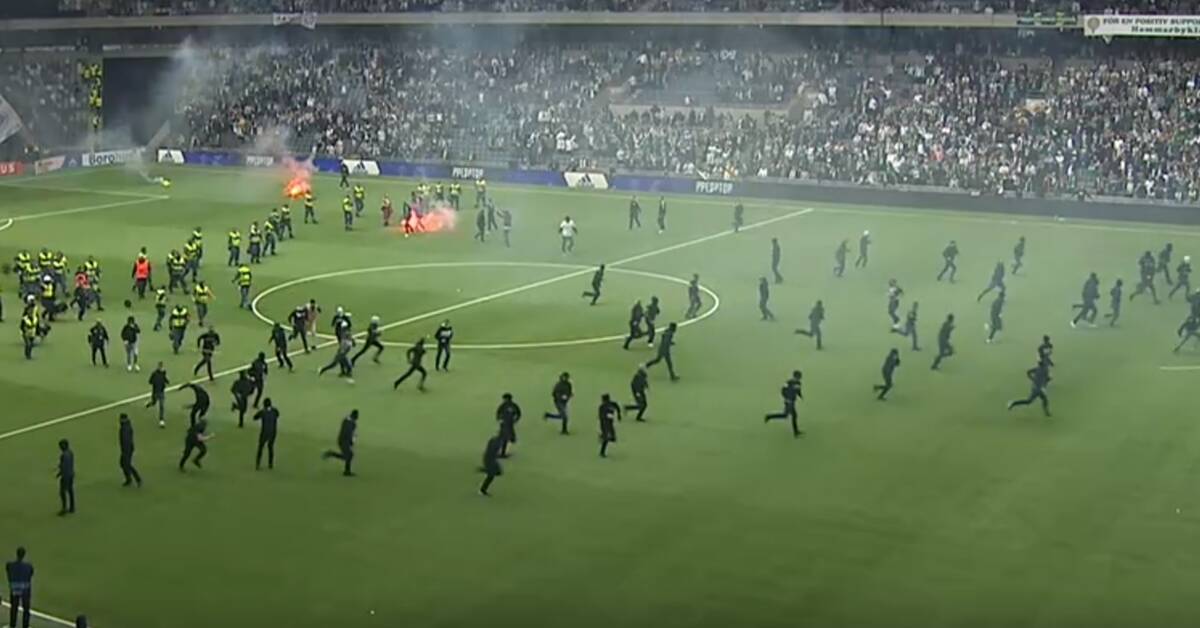 Malmö FF won the Swedish Cup final against Hammarby on green and white territory in Stockholm.

As soon as the cup gold was salvaged, messy scenes took place on the inner field when both teams' supporters stormed the field.

In just a few seconds, the police and security guards intervened and fairly immediately everything calmed down.

- I have not seen everything that happened if I am to be honest.

But I saw that it was both teams' supporters on the pitch and a bit of a fight.

It's a frustration that we'll end up there again.

We have done everything we can to not end up there.

We have worked a lot with this and tried to take all the measures we can to avoid it.

- It was never the big clash that it could have been.

But it was running and yelling and throwing with Bengals, it's just tragic.

At the same time, the players were ordered down into the catacombs.

- It is of course sad, we had wanted to celebrate with them on the pitch., Says MFF:'s Lasse Nielsen in SVT.