The exceptional Mourinho .. a perfect record and historical figures

Portuguese coach Jose Mourinho celebrated what he described as a historic achievement after he became the second coach to win 5 European titles after Giovanni Trapattoni, when he led Roma to the European Conference League title on Wednesday. 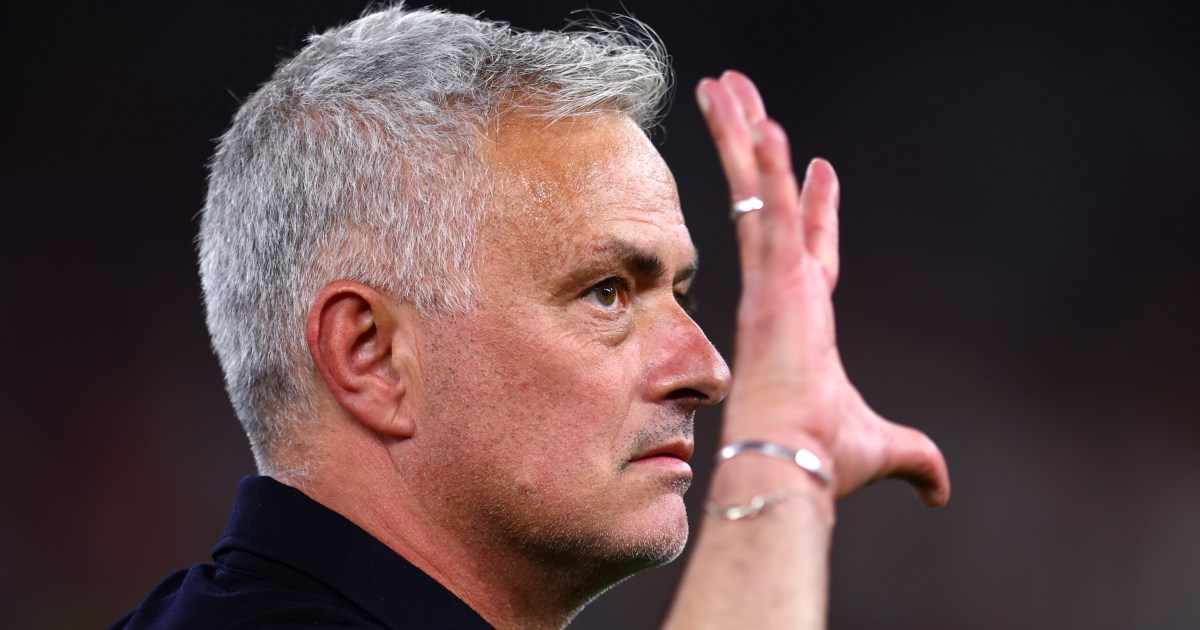 Portuguese coach Jose Mourinho celebrated what he described as a historic achievement after he became the second coach to win 5 European titles after Giovanni Trapattoni, when he led Roma to the European Conference League title on Wednesday.

Mourinho completed a historic achievement by winning all European titles at the club level after winning the European Champions League, the European League and the Conference League.

Mourinho's new crown came after Roma's 1-0 victory over Feyenoord in Tirana in the first edition of the Conference League.

⚽️🔥 All roads lead to the first title.. to writing history.. to Rome 🇮🇹

The Portuguese coach maintained his perfect record after his victory in the fifth European final in which he is participating in his career, and this came with Porto, Inter Milan, Manchester United and Rome.

Mourinho rose to fifth place in the list of the most crowned coaches in history with 26 titles in his career, and this list is led by Manchester United legend Sir Alex Ferguson, who won 49 titles.

The Portuguese coach said after Wednesday's match, "The wonderful thing in my career is - regardless of the European League title with United - to win with Porto, Inter and Rome, this is really exceptional. It is different between everyone expecting you to win the title and doing a great job, and it is an eternal victory." This feeling is really exceptional."

Yesterday's title was a good end to Mourinho's first season with the Italian capital team, as it led him to sixth place in the league.

The Portuguese coach does not plan to leave Roma, and is looking forward to next season with the team.

"I'm staying without any doubt, even if there are some speculations, I want to stay with Roma, we have to understand what the owners of the club want, they are great, we can build a strong project with really professional people," he said.

"I feel like I belong to Roma, but maybe that's my way of working. I'm a fan of Porto, Inter and Chelsea, and I love Real Madrid. Now I'm a fan of Roma. I belong to all these clubs because we spent time together."