Hyung-woo Choi, 'first home run of emotion' after 44 games of the season

Hyeong-woo Choi, an old veteran of professional baseball Kia, who dominated an era but is feeling the passage of time these days, hit his first home run in 44 games this season. This is the current situation, reporter Lee Seong-hoon. 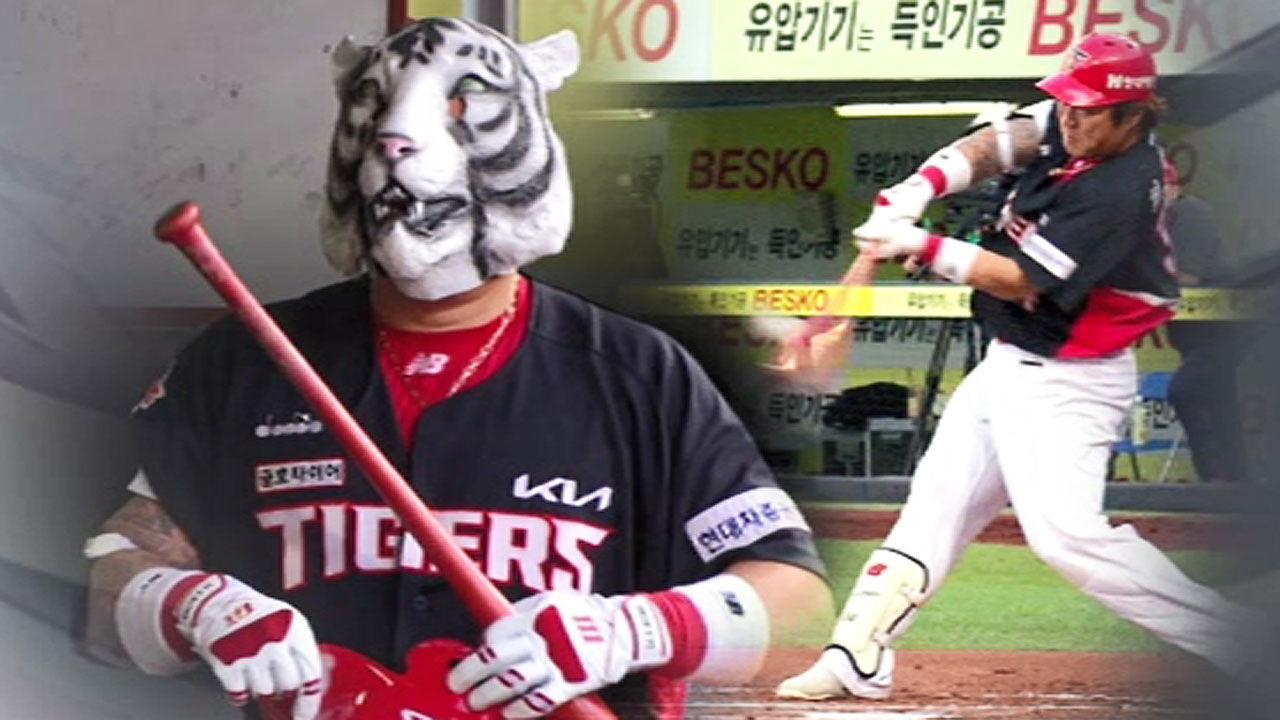 Hyeong-woo Choi, an old professional baseball player from Kia, who dominated an era but is feeling the passage of time, hit his first home run in 44 games this season.

Choi Hyung-woo, who has not had a home run for 227 days since October 12 last year, blew a cool shot in a long time.

In the 2nd inning against Samsung, I drew the first solo arch of the season that crossed the right fence by hitting the high fastball of the opponent ace Buchanan.

Choi Hyung-woo, who was the first to use the 'Tiger Mask' used by KIA homerun hitters these days, was excitedly congratulated after enjoying his colleagues' 'Silent Ceremony' for a while.

Samsung responded by scoring three points with Oh Jae-il's 10th home run of the season in the second inning, creating a close match.

No. 1 hitter Kim Tae-jin harassed LG starting Flutco with 15 pitches in the first at bat, and then hit the first just-time hit in the 3rd inning, opening the door to massive scoring.

Kiwoom, who scored 6 points in only the 3rd inning, is looking forward to 3 straight wins and a jump to second place alone.

SSG ace Kim Kwang-hyun, who is having the best season of his life at the age of 34, is looking forward to his 7th win in 6 innings, 10 strikeouts, 4 hits and 2 runs against Lotte today.

Doosan took the opportunity to escape from a three-game losing streak by recording 10 hits and 10 points in a tie against Hanwha.