Carlos Santillana and the pain of 1981: "Sometimes you think it's not worth reaching the final"

The first time was a traumatic experience. “It's been a long time, but I still remember it with pain. I was the captain, I had made up my mind to raise the... 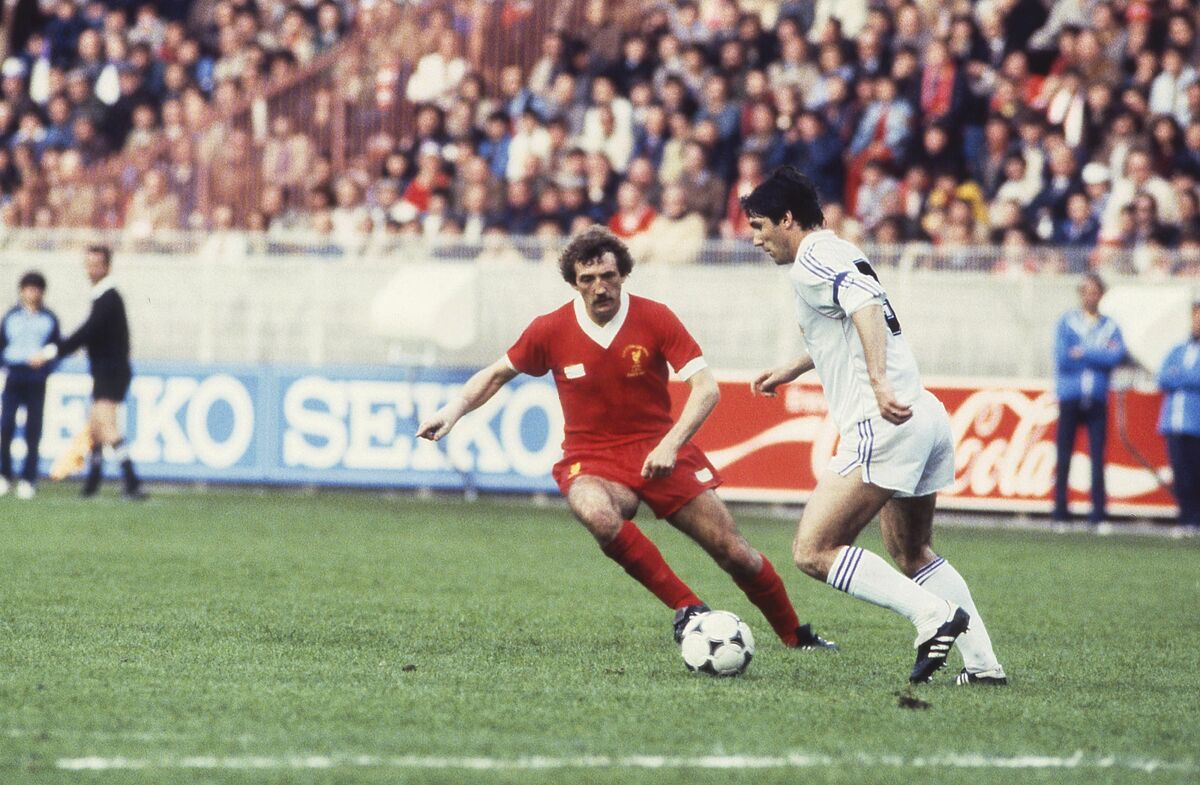 The first time was a traumatic experience.

"It's been a long time, but I still remember it with pain.

I was the captain, I had made up my mind to lift the Cup in the Parc des Princes.

After losing, sometimes you think it's not worth reaching the final.

the return to Madrid was terrible

, with the fans at the airport lying on the ground.

They did not recriminate us at all, but you realized that they were very disappointed ».

The end of frustration still shakes

This Friday marks the 41st anniversary of Real Madrid's 1-0 defeat against Liverpool (Paris, May 27, 1981), resolved by a goal by

generated on a throw-in and caused by an error by

It had been 15 years since Real Madrid had reached the continental final.

“There were three circumstances that had a negative influence on us.

The first was that

was reappearing after a toe injury.

He was very fast, but he was not in physical prime.

The players were very surprised that

put him in the starting lineup.

The second was that

He had recently recovered from a fiber break and was not 100%.

The third was that

suffered from osteoarthritis in his knee, ”he recalls for EL MUNDO Santillana, then, at 29, the best header in Europe.

"We had few chances.

The best was one from

, who took advantage of a counterattack and appeared alone against

The goal came from a mistake by García Cortes.

The finals are decided by small details.

An unforeseen event can affect the result, as also happened to us in the 1984 European Championship final with

», Explains the scorer, who now entertains himself with golf and with his grandchildren.

They set the pace for us and we were in tow.

As the game progressed, we were satisfied with reaching extra time, but it could not be.

It could not have been due to a mistake by García Cortés.

«When I was going to clear, the ball bounced badly inside the area and it dislodged me.

The ball went to Kennedy, who controlled it and shot to beat

"I just put my head down and hit it as hard as I could," the British defender said afterwards.

At the time, Liverpool were on a roll and brimming with confidence, which is essential, according to Santillana: “To win a final you need mental strength and confidence.

That's what's happening now with Real Madrid, it doesn't matter how they play, but you know that if they reach the final they're always the favourites.

Rivals fear him for his ability to adapt to the final.

So, that winning dynamic was Liverpool, not Real Madrid.

That Real Madrid was trained by

, a charismatic Yugoslavian, innovative in training, with a lot of ball and mixing concepts of basketball and handball.

He was comfortable with the young.

), a name that carries a certain derogatory touch that annoys Santillana: «In

there were players of great quality:

... To get to a final you have to have a good team, and that one was, what happens is that we arrived at the last game decimated.

, Del Bosque, Juanito or myself, in that squad there were people with a lot of character, like Camacho, and young people who pushed:

... Boskov was an innovator, a great Madridista.

That was a difficult time for Spanish football, there were only two foreigners per team and they couldn't compete financially with other European clubs."

Santillana also recognizes an unrecognized merit of that team: «In a way, we were the mentors of the Quinta del Buitre, we prepared the way for them.

I coincided with them for several seasons and I came to think that we would be European champions.

I still can't find an explanation for how that generation didn't get the title.

History was not fair to them."

The striker, who spent 17 seasons at Real Madrid, considers that his team is the favorite for Saturday's final: “We have a better bench, with people like

and Rodrygo can hurt Liverpool's central defenders, who are big and slow », he explains.