Al-Darmaki: Al-Ain is a friend and loyal to the podiums.. He does not miss his appointments

Dr. Matar Al Darmaki, Chairman of the Board of Directors of Al Ain Football Club Company, confirmed that crowning the leader with a new title is an extension of the historical achievements made by the club since its establishment. 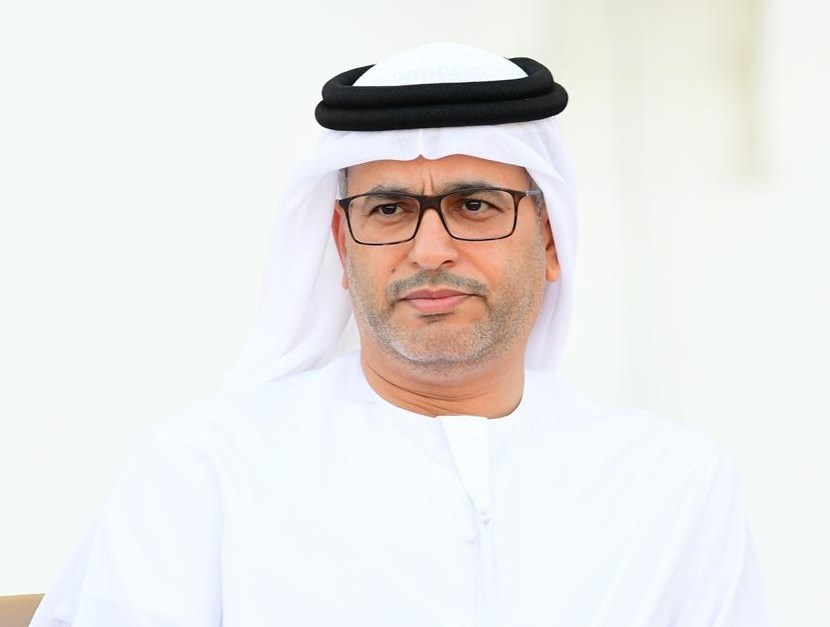 Al-Darmaki: Al-Ain is a friend and loyal to the podiums.. He does not miss his appointments

Dr. Matar Al Darmaki, Chairman of the Board of Directors of Al Ain Football Club Company, confirmed that crowning the leader with a new title is an extension of the historical achievements made by the club since its establishment. With more shields and cups.

Al Darmaki said: "Since its inception, the club has enjoyed unlimited support from Al-Aynawi, the first, the late, God willing, Sheikh Khalifa bin Zayed Al Nahyan, may his soul rest in peace, as his vision was for Al-Ain to be one of the most prominent local, continental and international professional teams, achieving the aspirations of its fans by achieving achievements. It contributes to the renaissance and progress of Emirati football, and provides the national teams with talented international players.”

The Chairman of the Board of Directors of the Al Ain Football Company valued the support and interest of His Highness Sheikh Mohamed bin Zayed Al Nahyan, President of the State, may God protect him, stressing that the fingerprints of His Highness are present in every line of the history of Al Ain Club embroidered with achievements. And a school for making stars and talents, a forum for football artists in the world, and a castle suitable for collecting cups, shields and gold.

Al Darmaki praised the generous support provided by His Highness Sheikh Hazza bin Zayed Al Nahyan, Vice President of the Executive Council of the Emirate of Abu Dhabi, First Vice President of the Club, First Vice President of the Honor Council, Chairman of the Club’s Board of Directors, stressing that His Highness’s precious trust in the work system and attention to the club is one of the main reasons. Which led the leader to ascend the podiums and win the double of the current season, noting at the same time that His Highness's successful strategy made Al Ain a role model at the local and continental levels, which continued to enhance the ceiling of Al-Ainawiya's ambitions.

Dr. Matar Al Darmaki said, in a press statement after Al Ain was officially crowned the League Shield this Thursday evening: “I would like to commend the efforts of everyone who contributed to this achievement, which is not strange for a club that used to stand on the podiums, including management, technical staff, players, medical staff and management Executive, monitoring and statistics team, and every member of Al-Ain Club, and I can not fail here to pay tribute to the strong support of the loyal Al-Ainawi fans, who have always preferred the team in all challenges, as this nation is an inexhaustible source of energy and its luster does not fade.

He added: "The current season was exceptional, during which the team faced great challenges, and was able to overcome them thanks to the players' focus, seriousness and the fighting spirit that they were keen to show in all the merits from the start of the season to its end, and everyone's commitment to the club's policy and the spirit of one family, which enabled Al Ain From achieving its goals and reaping the fruits of the efforts made by each member of the work system in various sectors, so that the harvest comes as a translation of everyone’s efforts.

Al Darmaki concluded, "The Al Ain Club's strategy supports the principle of stability to follow up on successes at all levels, pointing out that work has actually begun in the club in order to prepare for the new season, through which everyone looks forward to following up on the successes and enhancing the balance of its achievements by winning more championships, which requires Double efforts, and we have great confidence in everyone, and we are well aware that everyone feels the responsibility to preserve the gains made in the current season.”