“You don’t have to feel sorry for me”: Vyalbe lost her seat on the board of the International Ski Federation

Elena Vyalbe was not re-elected to the FIS Council. In the elections held in Milan, the head of the FLGR won the smallest number of votes out of 23 candidates. Such a result was expected - many influential national federations spoke out against her candidacy. According to the head coach of the national team Yuri Borodavko, this decision reflects the policy that foreign countries are pursuing towards Russia. And Olympic champion Elena Vaitsekhovskaya is sure that a similar fate awaits her compatriots in other international organizations. 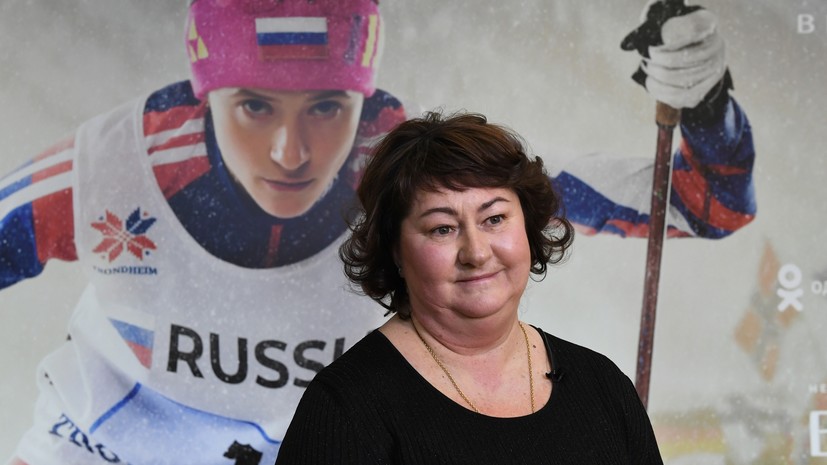 For the next two years, Russia was left without representation in the International Ski Racing Federation, since Elena Vyalbe was not re-elected to the FIS Council.

In the elections, which took place on May 26 at the congress of the organization in Milan, the three-time Olympic champion won the fewest votes among 23 candidates - 48 out of 117 possible.

Vyalbe reacted to all this with extreme restraint, emphasizing that she would not intentionally withdraw from the elections.

“If the result turns out to be negative, it will, of course, be unpleasant, insulting, unfair, but no one will definitely die from this,” she said in an interview with RT.

And after the announcement of the results, she also urged not to make a tragedy out of this.

She noted that she talked a lot with colleagues and understood: everything that happens does not speak of any claims against her personally.

“What happened was completely expected: everyone understands how politicized the sport is now and how afraid people are to speak out.

This means that for the next two years we will work without a representative.

Perhaps in two years the situation will change, and I will certainly fight again to run for office, ”said Vyalbe RT.

She also shared that some members of the congress expressed her regret about the result of the elections.

“And I don’t have to be sorry.

You just need to understand the situation: it’s not that I wasn’t re-elected personally, after all, the people on the FIS Council do not represent themselves personally, but the country.

And everyone looks from this position: can a person representing this or that country be useful to the federation.

If right now the majority thinks that I'm not very useful, then so be it.

I don’t see anything wrong with this, ”the RT interlocutor emphasized.

At the same time, she found it difficult to say whether her non-election would be a global minus for Russian sports as a whole.

“I can’t say that in the FIS Council my opinion was somehow especially supported.

For example, I was against the latest changes that equalized the rights of men and women.

I know that the Finns and Austrians were against it in the same way, but this is not enough.

And these opinions were not expressed at the FIS council, ”said the head of the FLGR.

The President of the International Federation, Johan Eliash, who was re-elected on the same day for a second term on a non-alternative basis, did not see any political rationale in the fact that Russia had lost its representation in the organization.

“It was the result of a vote by our members.

Our federation is based on democracy, and its representatives have decided not to re-elect Elena Vyalbe.

There is nothing to add to this, ”TASS quoted the Swede as saying.

However, in Russia, most experts believe otherwise.

Thus, the head coach of the national team Yuriy Borodavko expressed the opinion that representatives of other countries, whom he called forced people, were subjected to significant pressure.

“This decision is in line with the policy pursued by many foreign countries.

Vyalbe is considered one of those leaders who fights for purity in sports, has sound thoughts, can do something for the prosperity of skiing, can defend his position, his Russian athletes, who mean a lot in today's sport, ”quotes the specialist“ Championship".

The silver medalist of the Vancouver Olympics, Alexander Panzhinsky, in turn, recalled that many federations are sponsored by the state or state companies, and whoever pays orders the music.

He noted that in the ski community, until the last, they hoped for honest results and that the personal presence of the head of the FLGR in Milan would play a positive role.

“But, as we see, even this did not help.

This decision only says that sport outside of politics is a fairy tale that has nothing to do with reality.

To recoup the Russian Ski Racing Federation for what is happening in the world ... I don’t understand why this is being done.

By not allowing Russia into the council, they cut it off from any decisions, deprive it of the right to vote on serious issues.

This is complete discrimination, and FIS has shown its true colors, ”said the former athlete.

And the Olympic champion and RT columnist Elena Vaitsekhovskaya called the loss of representation in the FIS a landmark event.

According to her, it allows predicting the plot according to which events will develop in a number of international federations, in which Russian representatives still occupy all kinds of positions, including key ones.

The uniqueness of the situation lies in the fact that Vyalbe, unlike most of his colleagues, is an ideal candidate, and for any post, starting with the presidential one.

Vaitsekhovskaya recalls that the head of the FLGR is one of the most titled and respected skiers in the world and a grandiose, successful leader, which is rare among athletes.

She has her own position in any issue, she is educated and brilliantly able to communicate with people.

And most importantly, he perceives not only Russian, but also world skiing as a single family.

And she is ready for a lot for her sake, even if for the sake of this one has to step on momentary personal interests.

“But it was removed.

Apparently, the fear of falling out of the common row and common opinion among those who voted turned out to be stronger.

Therefore, the question, what will happen in other sports federations now, automatically becomes a rhetorical one.

And once again I want to think: is it worth it for our sports leaders to continue to make some concessions, compromises, fulfill some multiplying requirements and meekly wait for the wind to change?

The answer, it seems to me, is obvious, ”Vaitsekhovskaya wrote in her Telegram channel.