"Work for the future": what you need to know about the Russian series of athletics tournaments "Queen of Sports"

Russian athletes got the opportunity to spend a full-fledged summer season thanks to the Queen of Sports series of competitions. It will consist of 18 tournaments and the final - the Olympics in Chelyabinsk. The acting president of the VFLA, Irina Privalova, expects that this undertaking will not be limited to one season, but will become an annual event. 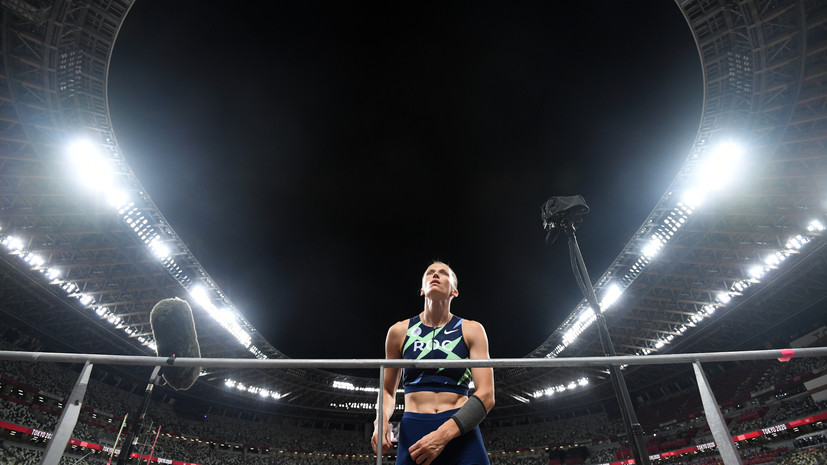 In the context of suspension from international tournaments, the national federations faced the question of how to organize the necessary competitive practice for athletes.

In a fairly short time, various formats were devised that made it possible to invite foreign participants to Russia as well.

For example, the Russian Artistic Gymnastics Federation is preparing to hold an open tournament, which is expected to be attended by athletes from several countries.

Similar tournaments are planned or already held for rhythmic gymnasts, fencers, divers and other representatives of summer sports.

The All-Russian Federation of Athletics stands apart, whose membership in World Athletics was suspended back in 2015 and has not yet been restored.

In this regard, the organization does not have the right to organize international tournaments on the territory of the country, and if suddenly foreign athletes decide to compete in Russia, they will be punished.

On the other hand, as the acting president of the federation, Irina Privalova, notes, athletes have been under sanctions for six years, so the situation that other sports have encountered for the first time is not new to them.

ARAF, together with the Ministry of Sports, have developed a calendar for the summer season, which will allow leading athletes not only to compete regularly, but also to earn money.

A series of 18 tournaments, which, with the light hand of the sports director of the federation, Yuri Borzakovsky, was dubbed an analogue of the Diamond League, started in April and will last until August.

It will be called the "Queen of Russian Sports", the competition will be held in eight regions of the country.

The series will be crowned by the 1st All-Russian Spartakiad scheduled for the end of August in Chelyabinsk.

Its exact date will be determined later.

To qualify for the finals, athletes will certainly need to take part in five tournaments, including the Russian Championship, which will be held in Cheboksary from August 2 to 5.

The winners and prize-winners of the national championship will have the right to speak at the Spartakiad directly, without taking into account the points earned at other stages.

The rest of the athletes will be selected based on the ranking.

All competitions are divided into two categories: high and medium.

According to the level of the tournament, points will be awarded for performances: if the winner receives a dozen points in one, then only eight in the second.

The first start took place in the second half of April: it was the All-Russian throwing competition for the prizes of A.A.

The next start of the "Queen of Russian Sports" - the team championship of Russia, is scheduled for the next weekend: May 28-29 in Sochi.

It is with this tournament that the main stars of the Russian team plan to start the summer season - Maria Lasitskene, Sergey Shubenkov, Ekaterina Koneva.

Also in category “A” there will be the Cup of Russia in Bryansk and four tournaments in memory of the famous Soviet athletes - the Memorials of the Znamensky brothers and Vladimir Kuts in Moscow, the memorial of Ardalion Ignatiev in Cheboksary and Georgy Necheukhin in Chelyabinsk.

As part of the series, competitions of a new format will be held in Moscow, which will be combined by type.

Athletes from all age categories, from children of 12 years old to veterans, will be able to compete in them.

“I want those people who do not have big incomes now to stay afloat and have motivation for further training and performances within the country.

It was decided that 50% of the money that we have from bookmakers will be directed to premium athletes.

I want to say that for the first time in our athletics, we support athletes in this way.

And in the current difficult situation, we consider this a huge success of the working team of the federation, ”Privalova said.

According to the head of the VFLA, the created series will not be limited to one season, but will become regular.

“Certainly, this is work for the future.

If we start, then seriously and for a long time.

In the future, you can even expand, increase the number of competitions, raise the prize fund.

At the end of the season, it would be possible to hold a gala evening with the awarding of the best athletes and coaches, to make many different nominations.

There are a lot of ideas, but all this, as usual, rests on finances.

However, as you know, water does not flow under a lying stone, so you need to take it and do it, ”RIA Novosti quoted Privalova as saying.