The Abu Dhabi Motorsports Management Company announced the launch of new categories for tickets for the Formula 1 Etihad Airways Grand Prix, which is celebrating this year in its fourteenth edition, calling on the fans and Formula 1 fans in the UAE, the region and around the world to “transcend reality”, and test 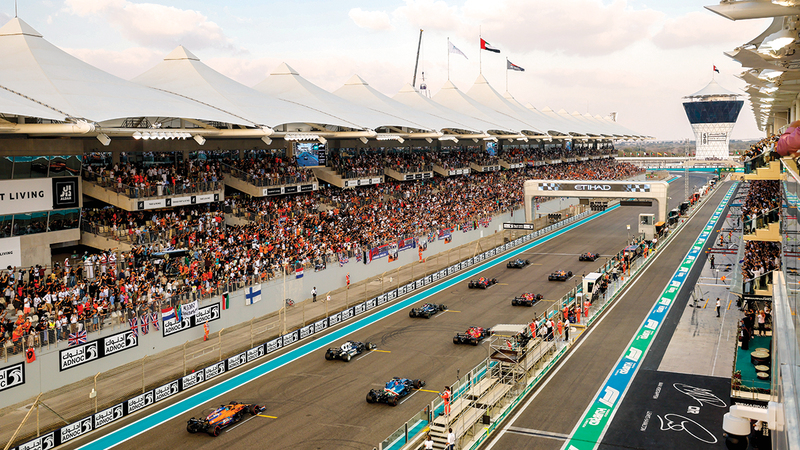 Abu Dhabi Motorsports Management Company announced the launch of new categories for tickets for the Formula 1 Etihad Airways Grand Prix, which celebrates this year in its fourteenth edition, calling on fans and Formula 1 fans in the UAE, the region and around the world to “go beyond reality” and test the experience of following the events of excitement and suspense. from different locations during the race weekend.

The local organizing committee of the race confirmed in its statement issued yesterday that the Abu Dhabi Formula 1 Grand Prix tickets packages for 2022 are witnessing a huge turnout, and the organizers revealed that the three-day touring tickets for the grandstands have run out, while a limited number of grandstand tickets remain, in addition to the two-day touring tickets. In the Yas Wings, and Oasis Tour tickets, which were offered by the organizers to provide renewed and distinctive experiences to test the Grand Prix.

Although there are about six months left until the final race of the Formula 1 World Championship for this season, most categories of race tickets for this year have run out, in conjunction with an unprecedented demand for stadium tickets and hospitality packages since its launch two months ago, and event organizers urged the Formula 1 audience and entertainment enthusiasts to Hurry up to reserve their tickets before they run out.

The two-day tour package in the Yas Suites, which is launched for the first time this year, offers racing enthusiasts the experience of the distinctive hospitality packages at the Yas Marina Circuit, and allows holders to experience the luxury hospitality experience in the Yas Suites from two locations that offer wonderful views of the race track, and distinctive hospitality options, While the three-day touring package allows its holders the opportunity to follow the action of the excitement from the Yas Wings in the northern and western runways, and holders of this package of tickets can choose to follow the race on Sunday at any of these two locations.