The stab wounds continue .. Will Gavi leave Barcelona for free?

Barcelona president Joan Laporta has criticized Gavi's agent for not responding to Barcelona's offer of a new contract for the 17-year-old. 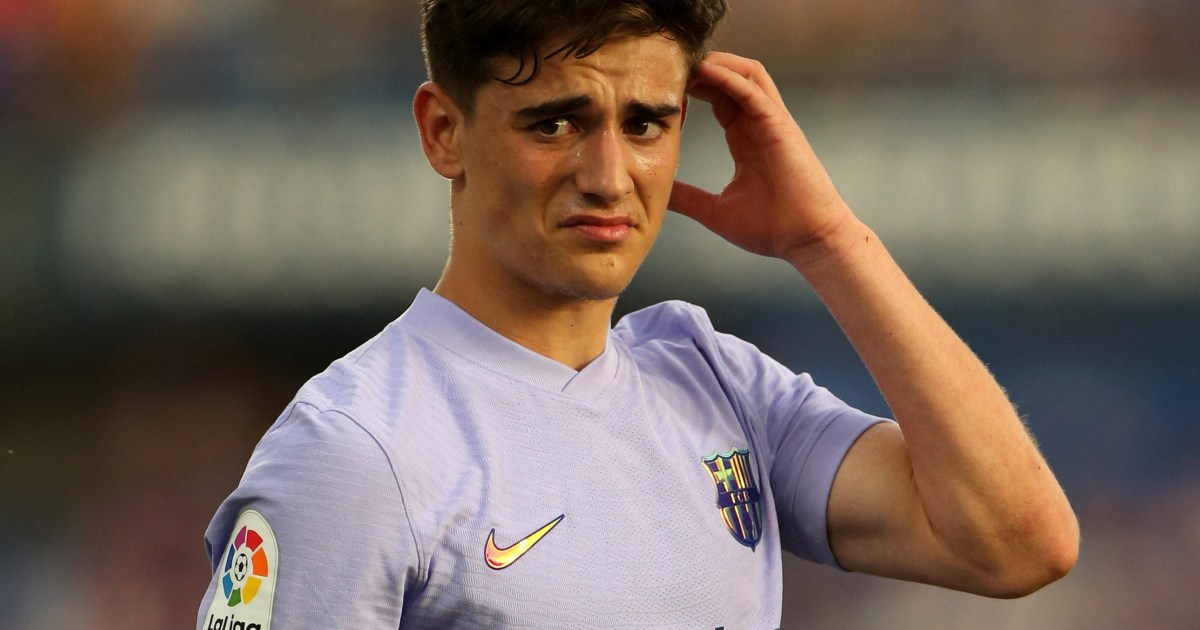 Barcelona president Joan Laporta has criticized Gavi's agent for not responding to Barcelona's offer of a new contract for the 17-year-old.

During his press interview, Laporta praised the work done by coach Xavi Hernandez so far.

Laporta said, "Xavi's performance was very good, but we ended the season in a disastrous way. I am disappointed with the character of the team."

Laporta then spoke about the future of the Spanish international, Gavi, noting that his agent had not yet responded about the new contract offer.

He explained that "the offer of the new contract has been on the table for the agent for a long time."

"We did not hear that he accepted the offer, what we heard is that he is studying the matter, and he will have something to say soon," he added.

"We have already explained to him our position, and now the player's agent does not accept it."

Then the Barcelona president took to criticizing the agent for his actions.

Laporta indicated that "Gavi is a player we all love, at the age of 17, he has a wonderful present and future in Barcelona. We do not understand why his agent is manipulating and studying offers. I think that the club's offer - given our salary levels - is more than acceptable."

Laporta stressed that Barcelona will in no way exceed the offer he has already made.

"We will not go beyond these salary levels, because I do not want Barcelona to repeat the line made by our predecessors that led to the ruin of Barcelona," he said.

Laporta also stated that Robert Lewandowski is unlikely to join the club this summer.

"One year left on his contract with Bayern Munich and that's the situation, I can't say more than that, we will allow everyone to continue their work," he said.

And he concluded that Lewandowski has high football quality, and we love him a lot as well, but he has a contract."