Ronaldo, Messi, Maradona and Cruyff.. when the fans applaud the opponents

The player must provide a high and distinguished performance in order to be praised by the fans of his team, but to reach the praise of the opposing team’s fans, this is a rank that requires an exceptional performance. 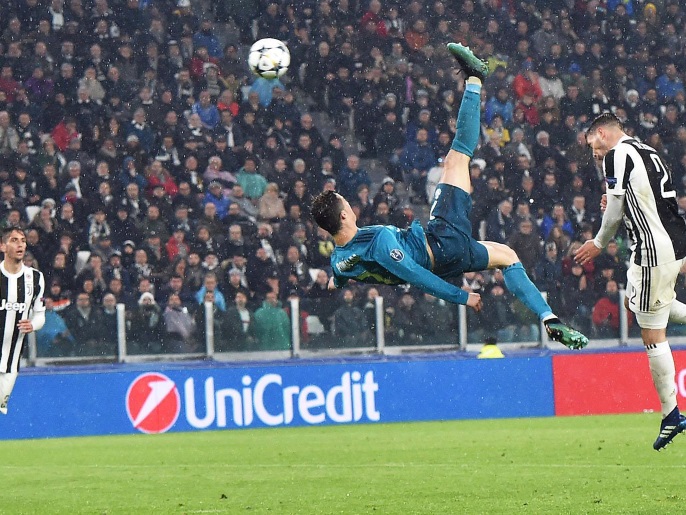 The player must provide a high and distinguished performance in order to be praised by the fans of his team, but to reach the praise of the opposing team’s fans, this is a rank that requires an exceptional performance.

The American "Planet Football" website has monitored a list of the most important players who received the applause and applause from the opposing team's fans and imposed their respect on everyone.

When Franck Ribery left Bayern Munich after a career of 12 years, many assumed that the high-profile player's career was over at the age of 36.

But Ribery chose to join Fiorentina in the Italian league, scoring a goal and giving a crucial pass in his first three matches.

In his fourth match, Ribery scored the third goal for Fiorentina at the San Siro stadium and made the match difficult for Milan to the point that he received a warm welcome from the stadium fans when he left the field in the last minute.

Ronaldo received a standing ovation from Juventus fans after he scored a stunning scissor kick in the 2018 Champions League quarter-final match against Real Madrid. "When I was a kid, I loved Juventus and the fact that the fans of this team applauded will stay with me," he said after the match.

🗣️ "It was amazing - probably the best of my career."

😮 A year ago today - one of the great #UCL goals - Cristiano Ronaldo's sensational overhead kick in Turin!

There has always been animosity between Gerrard's supporters and Chelsea after the Liverpool legend refused a move to Stamford Bridge on a number of occasions.

But after Gerrard decided to leave Liverpool in 2015, one of his last matches against Chelsea was extraordinary.

Gerrard scored the equalizer and performed a great performance before being substituted, and received applause from the fans of the opposing team and coach Jose Mourinho.

There may be a fierce rivalry between Real Madrid and Barcelona, ​​but when Ronaldinho performed exceptionally at the Bernabeu in 2005, the opposing team's fans showed him great respect by standing up to salute one of the game's true greats.

During the final day of the 2002-03 season, Freddy Ljungberg's hat-trick in Arsenal's match against Sunderland impressed the fans, but French striker Thierry Henry managed to steal the show from him.

Despite his presence in the competition for the Golden Boot award, Henry chose to help his colleague Ljungberg to score all three goals, and the French striker was praised and greeted by the opposing fans.

19 years ago today, the Arsenal smashed Sunderland 4-0 as Freddie Ljungberg scored a hat-trick and Thierry Henry got one and supplied three assists @freddie 👏🔵pic.twitter.com/kra6IDRVsP

Obviously, Real Madrid's supporters are generous enough to show respect for a player's performance, even when he's from the opposition team.

In 1983, Maradona advanced towards the goal at the Bernabeu, and after dripping past the goalkeeper, he had the audacity to dribble Juan Jose on the goal line before scoring a goal, receiving a standing ovation from the home team's fans.

Back in 1978, Aston Villa were playing only their second game in European football and competed against Barcelona in the quarter-finals in front of nearly 50,000 fans at Villa Park.

Cruyff scored a goal with an amazing individual effort and was substituted when the score was 2-0, and was warmly welcomed by the fans who came to watch him play.

Alessandro Del Piero received a warm applause from Real Madrid fans at the Bernabeu after scoring two goals from a distance, which contributed to Juventus' victory.

🏟️ The Bernabéu rises for @delpieroale 12 years ago today 👏👏👏

Barcelona defeated its rival, Real Madrid, by 6 goals to 2, thanks to the performance of Argentine star Lionel Messi, who scored two goals and assisted two others.

The young Argentine has defined the future of the competition, warning Real Madrid about the start of an era in which they will be dominant, but the opponents' fans were not afraid to show their appreciation for one of the greatest players of all time.

In 2019, the Argentine striker scored a hat-trick and beat Real Betis.

After scoring a free kick, Betis fans couldn't help but stand and applaud the young magician.

An angle only he could find… 😱📐

This Leo Messi GOLAZO has been nominated for the 2019 Puskas Award.

"I don't remember an opponent being applauded like that and I am very grateful for the reaction of the fans," Messi said after the match. "Every time we come to this stadium, they treat us really well."

The Brazilian Ronaldo, nicknamed the phenomenon, presented one of the greatest individual performances ever, when he scored a hat-trick that contributed to Real Madrid's victory over Manchester United in the Champions League semi-finals.

And prompted the United fans to stand up to greet him.

😮 The first Ronaldo to score a hat-trick at Old Trafford #OTD in 2003!

Spain's Andres Iniesta was praised off the pitch at the Bernabeu after a superb performance in 2015, but he received a standing ovation from Barcelona's rivals, Espanyol, every time he played against their team.