Just around the corner, a few hours after losing the Euroleague final at the last breath, a trap. Because there hasn't been another team throughout the ACB season... 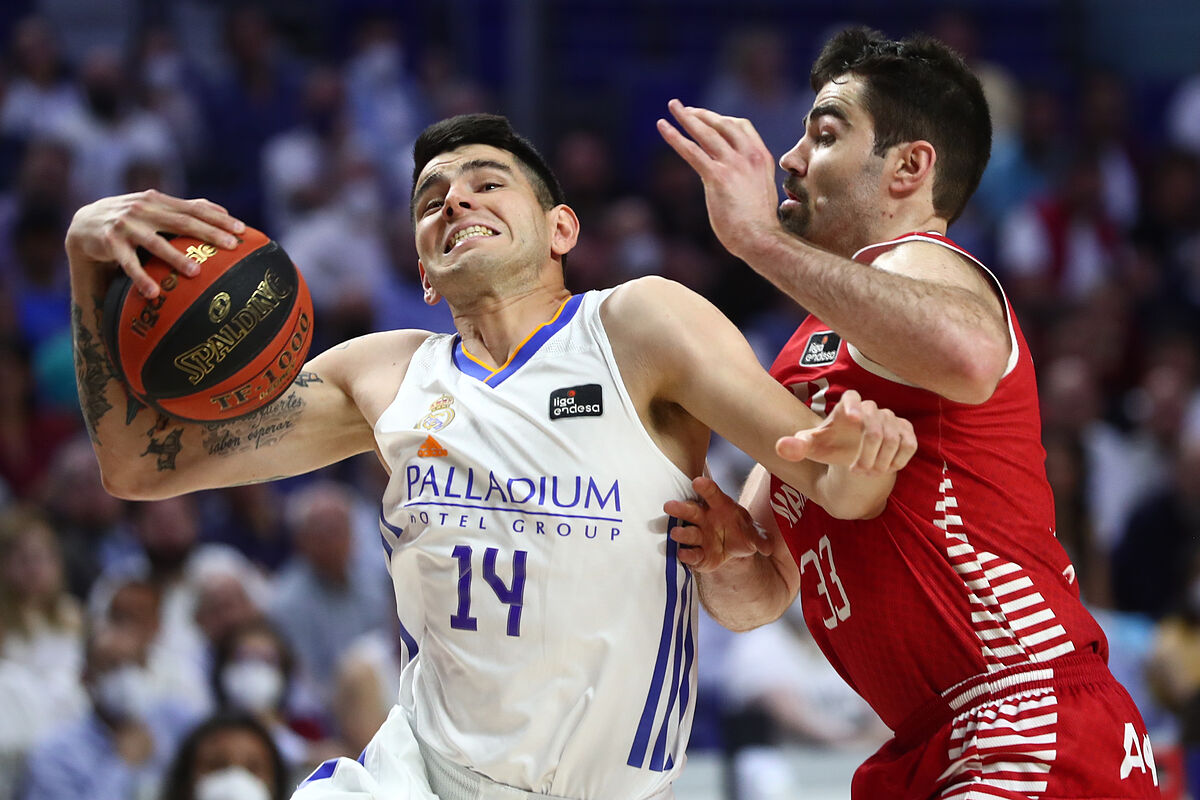 Just around the corner, a few hours after losing the Euroleague final at the last breath, a trap.

Because throughout the ACB season there hasn't been a more uncomfortable, more thriving and more surprising team than Baxi Manresa.

If Real Madrid had taken a nap, to wallow in the pain of another title that eluded them, on Saturday they would have a match-ball at the Nou Congost.

He solved the ballot in an exercise in competitiveness, overwhelmingly dominating the rebound against the team that has rebounded the best all year and rediscovering himself in part with success and good vibes.

The message seems clear: there will be no going back to the old ways.

White's rebirth since the series against Maccabi is tangible, 11 wins and only the loss against Efes as baggage.

And that the League title is the only way to reconcile with success.

That the Final Four does not close the course always injects a double burden into the ACB playoffs, mainly Madrid and Barça.

As an endorsement of their triumph (if they succeed) or as revenge for failure, as is the case.

Before meeting again for the only title already in the running, both have to stitch up their scratches along the way.

, runner-up in the Champions League, has been showing that he is a bad client for therapies.

Perhaps because of that threat - two months ago, in the midst of the crisis, the Bages men won WiZink -,

managed to get his pupils - with

Hanga as the starting point guard, without Heurtel or Thompkins

in case there was any doubt - not to take nor a confidence in the first stake of the quarterfinals.

hurt his big little finger on one of the first plays of the night.

So the physical tyranny was imposed by

, perhaps the most dominant rebounder in Europe today.

, they began to torpedo Manresa, who could not keep up with the Whites' pace.

There was no trace of

It was in the second quarter when the Catalans collapsed.

Because to their disadvantage was added the mistake, the desperation, taken advantage of by a Madrid that was not willing to forgive, with

That fatal stretch was going to mark the remains.

Because Pedro Martínez tried to react with a locker room area and Madrid responded with triples.

Fabien Causeur, one of the protagonists in Belgrade, put on his boots so that the distance continued to increase (71-45, min. 29).

With the second clash on Saturday, the first round was seen for sentence much earlier than expected.

, two triples, a house mark for a small arrimón.

Poirier's muscle responded and there were minutes even for

, the only pure point guard that Pablo Laso has left in his plans.