Byeong-ho Park, a professional baseball player from KT, led a thrilling comeback victory by hitting a two-run homer in the ninth inning. With the 16th season, he took the lead in an overwhelming home run alone. Byung-min Yoo. 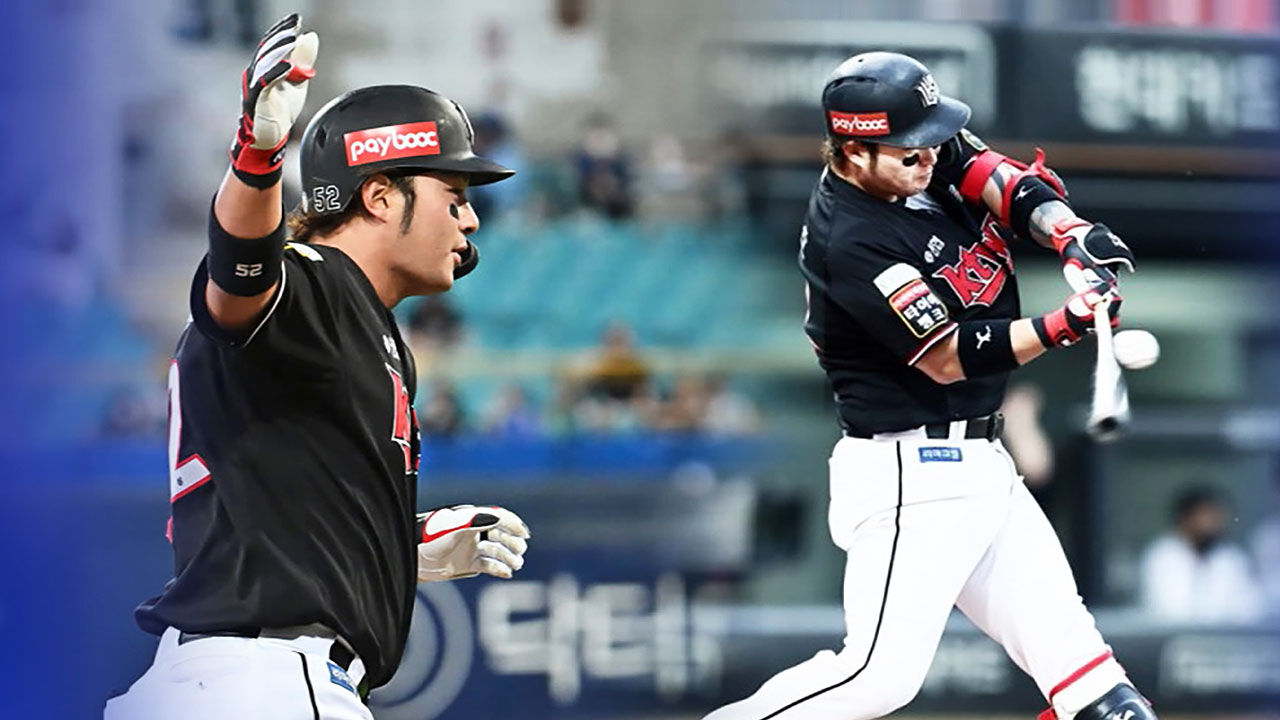 He took the lead alone with an overwhelming home run with #16 of the season.

KT got to base with a hit in the first one out of the ninth inning, falling 2-1 in KT, but Kim Min-hyuk was pushed to the edge of the brink with only a floating ball in the outfield.

With one shot of Park Byeong-ho's season 16, KT achieved a thrilling comeback victory and escaped from two consecutive losses.

KIA beat Samsung by a big win and went on to win three straight games.

While the batting line broke Samsung starter Won Tae-in with 8 hits and 6 runs, starting Yang Hyun-jong earned his 4th win of the season and his 151st win with two runs in six innings, recording the most wins in Tigers player history.

Hanwha defeated Doosan and sprinted for three consecutive victories with great firepower that drew 14 points with 15 hits including three home runs, while Kiwoom defeated LG at the end of a slug and climbed to tied for second place with Lee Jeong-hoo's wedge home run.

SSG went on to win 3 in a row with a 9-1, Rainy Cold win over Lotte in 7 innings and 1 run run from the starting font.