Jamina Roberts: "Would not have gone if we had not won"

Jamina Roberts had to take her sixth Swedish Championship gold on Wednesday, when Sävehof became handball champions for the fifteenth time after defeating Skuru in the decisive final match. A good ending before the move to Norwegian Vipers, she says. - I would not have gone if we had not won, says Jamina Roberts to SVT Sport. 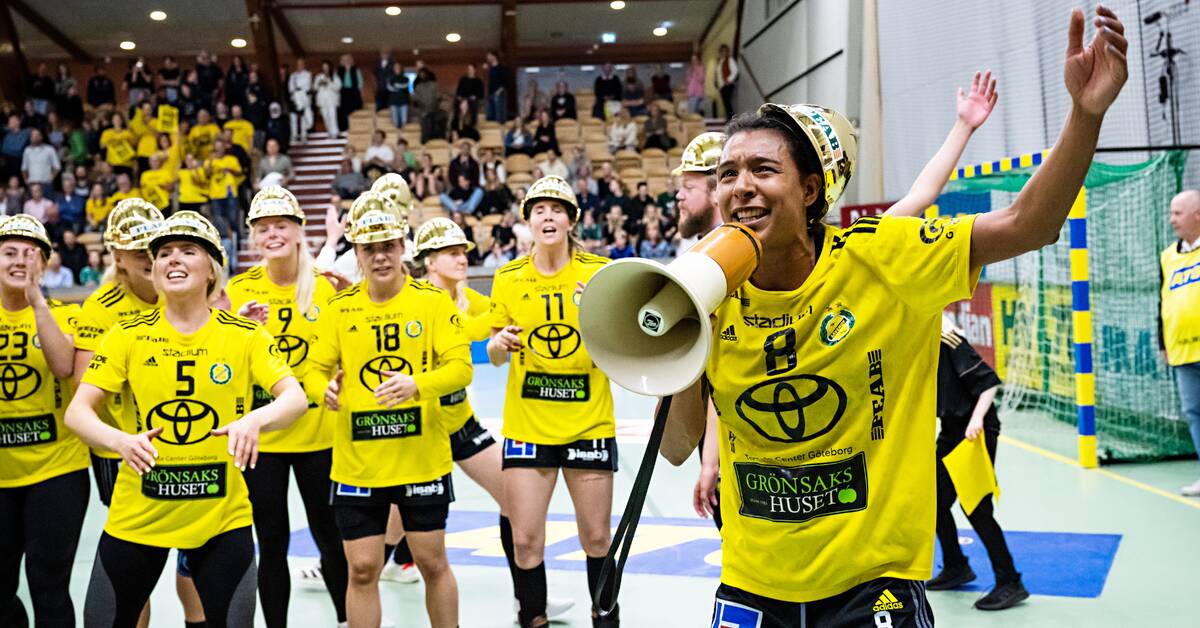 Sävehof and the team's veteran Jamina Roberts got to celebrate a new Swedish Championship gold on the field in Eriksdalshallen.

- It has been the world's longest season and this was the absolute best way to end it, says Jamina Roberts.

They defeated the reigning champion Skuru with hard work, she states.

- I'm so fucking happy for us, it's been talked about for a long time that it's been in the walls for Sävehof and it really has not done so in recent years.

We have fought for this gold and it is so good that there are so many who will remain here next year and get this experience for future seasons.

But Roberts himself is not left next season.

The 31-year-old will namely join the Norwegian top club Vipers.

- Leaving in this way is great.

I have said it before, I would not have gone if we had not won so it would have been boring, she says.