Criticizes WTA: "As if Ukrainian players do not exist"

Despite the French Open lasting a couple of days, the big topic of conversation in Paris is that Wimbledon got rid of its ranking points after portraying Russian and Belarusian players. Ukrainian Marta Kostyuk is upset that the WTA has not communicated better. - It is as if Ukrainian players do not exist, she says. 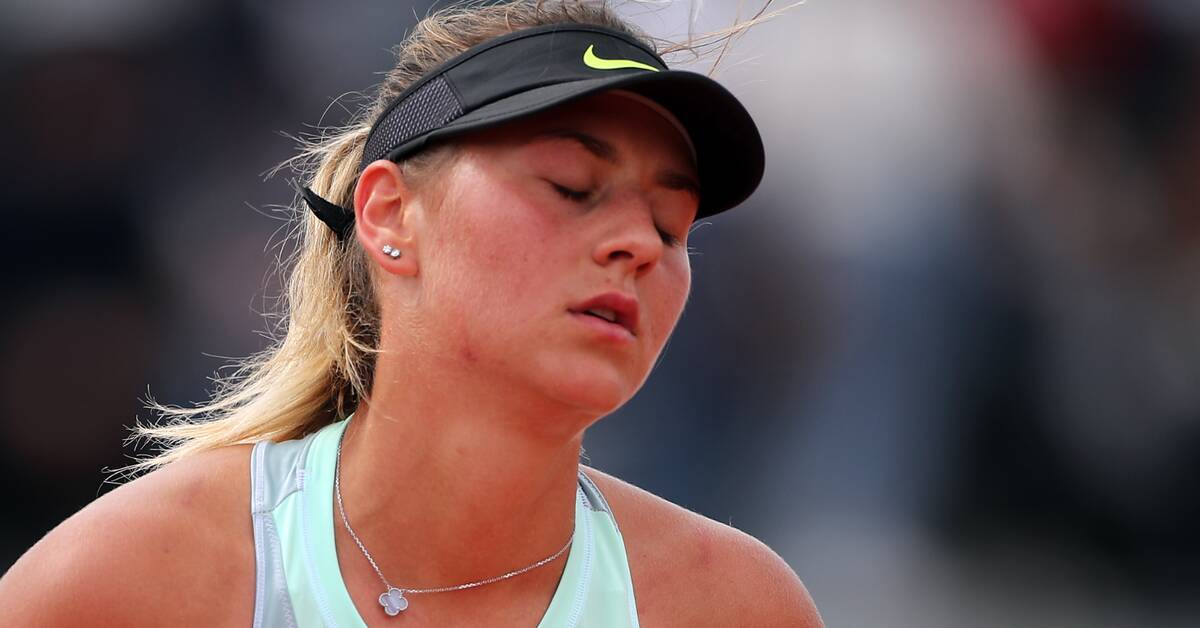 Kostyuk lost in the first round against Mayar Sherif but still received SEK 650,000 for the loss.

The 66-ranked 19-year-old was afterwards critical of the WTA's players' council, which was behind the players not getting any ranking points at Wimbledon in a couple of weeks - this as a protest against the organizer in England porting players.

- I would argue that 80-85 percent of the players do not share that decision, says Kostyuk who was born in Kyiv and has got his family out of Ukraine according to Reuters.

She is also critical of the fact that the Belarusian Victoria Azarenka, with the USA as a base, is on the players' council.

- It is ridiculous, says Kostyuk, who also criticizes the top names on the men's side for their attitude to want to allow Russian and Belarusian players.

Medvedev can become world number one without playing

- Look at what Rafa and Novak say.

How can you count on support from the tour when the top players say such things?

- We are trying to find a compromise because so many players are affected, says Azarenka.

On the men's side, the strange thing can happen that the Russian Daniil Medvedev, who is in Paris, can become world number one after Wimbledon without even playing.

This is because the current world setter Novak Djokovic gets rid of 2000 points which he can not defend because these are deleted.

The Serb can also get rid of many points in Paris where he has the title to defend.

- It feels very strange and honestly I would like to play in Wimbledon, says Medvedev.