Dubai is witnessing the holding of 15 diverse sports events, including three international championships this weekend, and the fourth Fazza International Badminton Championship for People of Determination comes at the forefront of the events, which is the World Badminton Federation World Tour, in which 186 players and 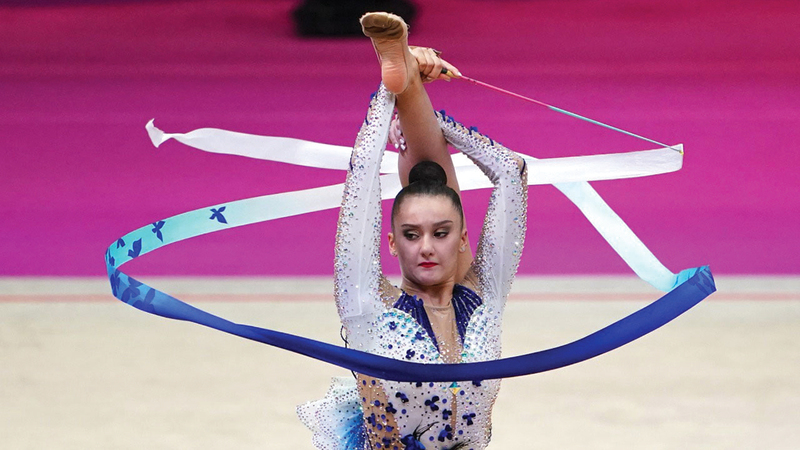 Dubai is witnessing the holding of 15 diverse sports events, including three international championships this weekend, and the fourth Fazza International Badminton Championship for People of Determination comes at the forefront of the events, which is the World Badminton Federation World Tour, in which 186 players from 30 countries from different continents participate. The world is led by a group of world champions and the champions of the Tokyo 2020 Olympics, who won gold, silver and bronze.

A statement issued by the Dubai Sports Council said that four gymnastics tournaments will be held during the weekend, at the forefront of which will come the first edition of the International Gymnastics Cup, with the participation of Olympic champions, led by Alina Harnasco and Anastasia Salus, and it will be held in Gymnastics Club Siska in Gymnastics Club. Al-Nasr Sports. The tournament will also witness the organization of Master Class Gymnastics, and the Stamina International Artistic Gymnastics Championships will be held at the Academy’s headquarters next Saturday. The Dubai Artistic Gymnastics Championships will also be held at Star Gymnastics Academy, and Aspire Sports Academy will organize gymnastics competitions on Sunday at the Academy’s headquarters.

Dubai will host the activities of the International Conference "Metacon" for electronic games and "Metaverse" virtual world on Saturday and Sunday in the Arena of the Dubai World Trade Center.

The basketball tournament, which is being held as part of the activities of the second edition of the "Dubai School Games", continues the largest sports tournament of its kind for schools in Dubai, launched by the Dubai Sports Council and organized by the "ESM" company, and includes 13 sports, namely: padel tennis, sports People of determination, gymnastics, badminton, golf, basketball, indoor cricket, cricket, swimming, tennis, rhythmic gymnastics, chess, and electronic games.

The modern sailing boat race will be held on Friday in the waters of Umm Suqeim Beach from the Dubai Offshore Club, and the Dubai Ladies Club will organize the third edition of the Palma Women’s Tennis Championship on Friday and Saturday, and the Dubai Harbor Night Running Race on Friday in the Al Sufouh area and organized by Super Sports events In addition, a night running race will be held at The Pointe on the Palm Jumeirah, and the Global Village will host the Dubai Women's Run for a distance of five kilometers, organized by the Sahara Sports Company.