The Brazilian clan of Madrid: music, futvoley, a "great atmosphere" and hope after Mbappé

Rodrygo scored the winning goal against Inter at the San Siro, repeated with Vinicius' double in the 0-5 win over Shakhtar in kyiv, Vinicius scored in the semi-final of the... 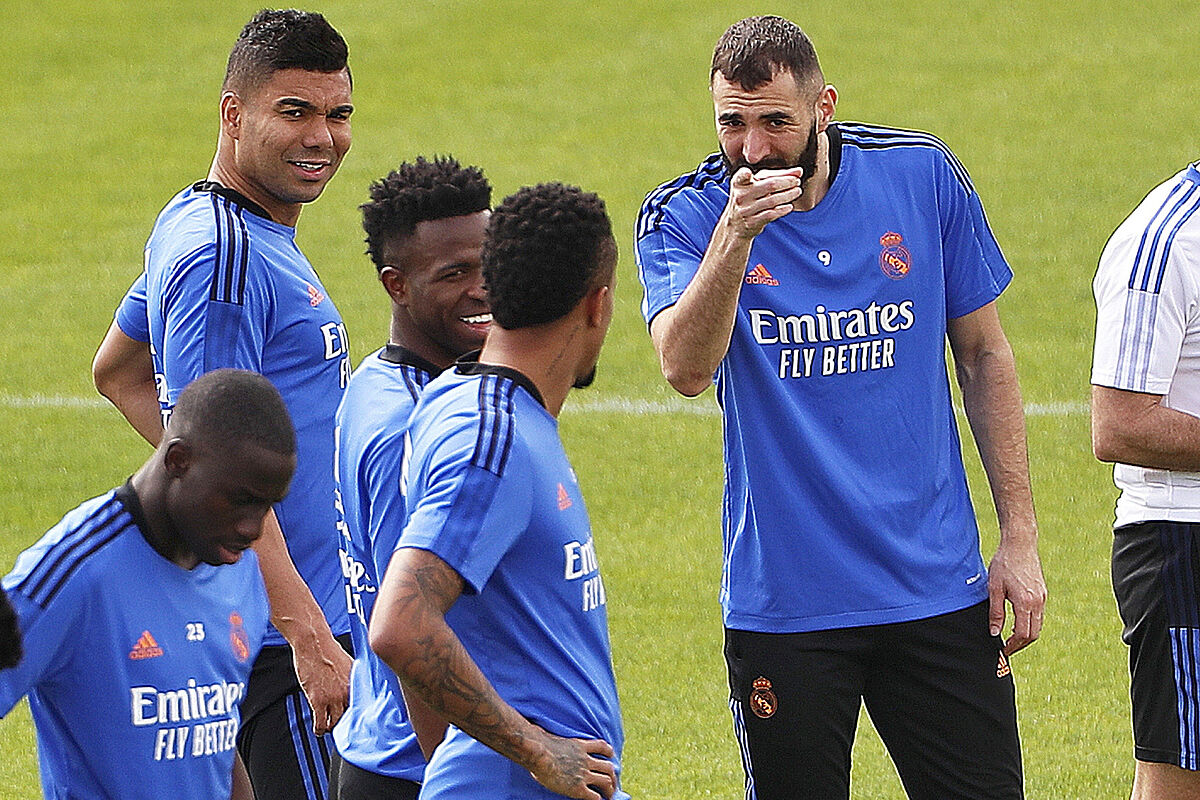 scored the winning goal against

in the quarterfinals and at the

, in a decisive match for the

, again, in the return leg at the

His goals, together with those of

, have carried Madrid flying towards the possibility of a historic treble, with

's team has shown for much of the season.

And at his side, managing the locker room, a

who has known how to be a father, teacher and best friend of a new capital generation for Madrid.

The quintet of Brazilians from Valdebebas is the present and future of Chamartín, key in the

with its goals and good performances and "

" in the good atmosphere that has reigned in the

Two of them are already legends,

, is indisputable in defense despite a more irregular year, and the two youngest, Vinicius and Rodrygo, appear as the main emergency rafts for Madrid's hope after the «

"Having two legends in the dressing room like Marcelo and Casemiro, compatriots, has helped them

To understand what it means to play here and to take the first steps in the club well”, they say from the close circle of the young stars of Chamartín.

In the locker room, "and whenever Lucas Vázquez

, who is the one who rules with the music",

sound , the favorite singers of Vinicius and Rodrygo.

Always samba, between laughs and dances.

", they joke from Valdebebas.

If his relationship with Marcelo and Casemiro is more professional, more like older and younger brothers, advisers, the connection of the former

player with Rodrygo and Militao goes beyond the sports city.

They go out to dinner, stay to play the console or play footvolley at Vinicius' house, and share more similar interests than those sought by Marcelo and Casemiro,

, married and with children.

"They are fathers to the young."

The closest future of Madrid bears the name of the Brazilians.

Militao, Casemiro and Vinicius will start against Liverpool, while Rodrygo is the great boost for Ancelotti along with

Marcelo, in what could be his last game, will have to see him from the bench and will hope to raise his orejona after ninety minutes.

renewals of Militao and Vinicius

well underway and the

contracts of Rodrygo and Casemiro

, the only question is Marcelo's next step.

In the distance, the interest in the new pearl of Brazilian football,

, who at 15 has already agreed his first professional contract with

Madrid will wait for him there, obsessed and convinced that '

' signings are the best solution against club-states.

He could be the future of a clan that mixes veteran and youth, experience (Marcelo and Casemiro have already won four Champions) and the hunger of Militao, Vinicius and Rodrygo, who are looking to win their