Tennis: Jo-Wilfried Tsonga, the most brilliant of the Four Musketeers

At almost 37, Jo-Wilfried Tsonga retired after the 2022 Roland-Garros tournament on Tuesday. The former world No. 5 retires with one of the finest records in French tennis. From the generation... 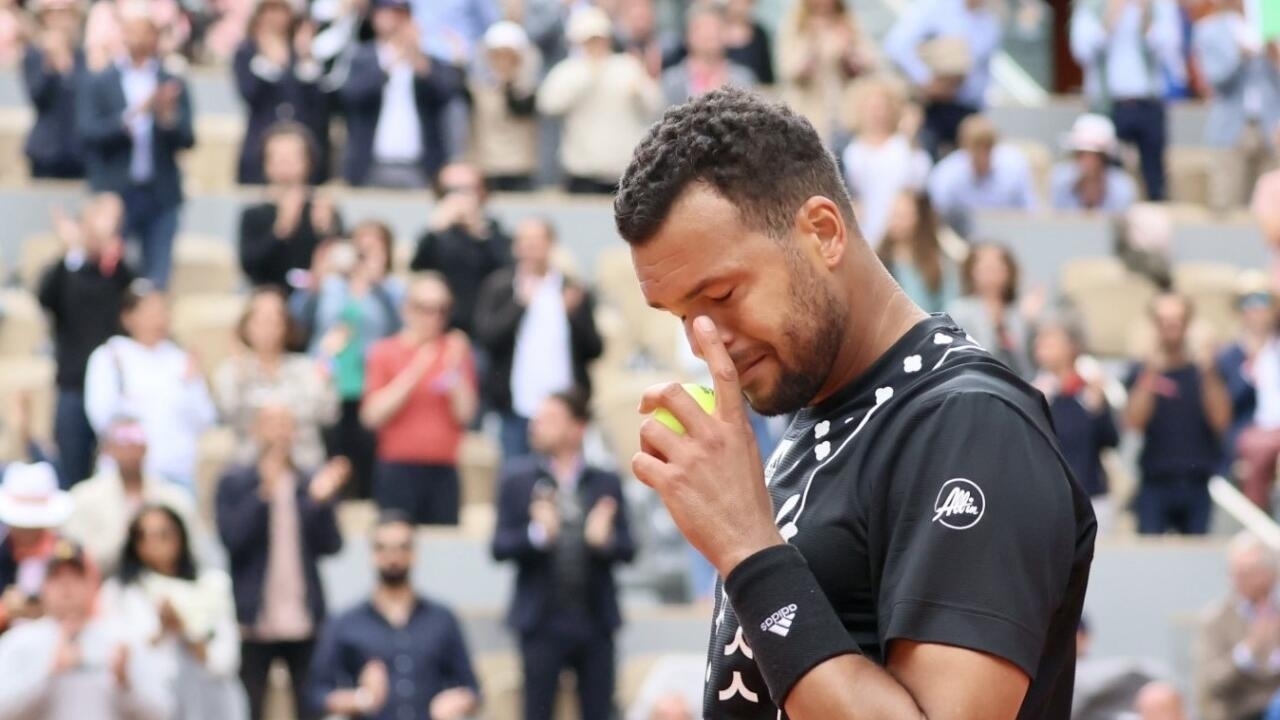 It's time to put away the racket.

Jo-Wilfried Tsonga announced it on April 6: the 121st edition of the Roland-Garros tournament, from May 22 to June 5, would be his last appearance on the courts.

"My head tells me 'you can play all your life', but the body reminds me that my abilities to surpass myself are no longer there. My body tells me 'you are no longer able to go further than what I give you''. Before, that's what I did every day", explained several weeks ago the tennis player, who celebrated his 37th birthday on April 17.

For the past four years, Jo-Wilfried Tsonga has been only the shadow of the player he was before a cascade of injuries: meniscus crack, calf tear, abdominal tear, back pain, diagnosis of sickle cell disease... From 2018 to now, he has never done better than a Grand Slam third round and missed eight times.

In Masters 1000, the highest category of tournament behind that of the Grand Slams, his results were even worse and his absences even more numerous.

An end of career not really like what the best French player of the last 20 years has achieved.

2008: the explosion of Tsonga and the birth of the Four Musketeers

Jo-Wilfried Tsonga was one of the best juniors in the world before having a complicated start on the professional circuit, due to a double herniated disc at 19 which almost cost him his career.

The year 2007 is the first in which he can express himself without restraint and demonstrate that the hopes placed in him are justified.

His results and his progression, from 212th place in January to 43rd place, allowed him to be elected Revelation of the Year.

At the start of 2008, the Frenchman shook the world of tennis by rising, against all odds, to the final of the Australian Open, notably beating Andy Murray in the first round and especially crushing Rafael Nadal in the semi-finals.

Despite a good opposition, "Jo" lost in the final against a young prodigy in the making: Novak Djokovic.

He does not succeed Yannick Noah, the last Frenchman to have conquered a Grand Slam tournament with Roland-Garros in 2003. But he appears, at 22, as the new figurehead of French tennis.

That same year, Jo-Wilfried Tsonga struck another blow by winning the Paris-Bercy Masters 1000 in November against David Nalbandian, ten years after the last French victory in a tournament of this magnitude (Sébastien Grosjean, in Paris- Bercy as well).

In the press, a new enthusiastic expression is born: the Four Musketeers, or the New Musketeers.

Jo-Wilfried Tsonga after his victory at the Paris-Bercy Masters 1000 against David Nalbandian, November 2, 2008. © Lionel Cironneau, AP

Only the Grand Slam tournaments have refused him

The promises of this generation of Musketeers will not be kept, or only partially.

The Big Four, nickname given to the infernal quartet Roger Federer, Rafael Nadal, Novak Djokovic and Andy Murray, crushed the men's table for years, leaving only crumbs for the competition.

The four Frenchmen have never competed with them.

Unlike Stan Wawrinka, Juan Martin Del Potro and Marin Cilic, Jo-Wilfried Tsonga has never been able to take advantage of the few chances to add a Grand Slam to his list.

Despite everything, he is the one who has done the best out of the game among the Musketeers.

He will have remained French No. 1 for 308 weeks, ranking behind Yannick Noah and his 358 weeks, and he reached the 5th world rank at his best level in 2012, where Monfils and Simon only climbed to 6th place and Gasquet only in 7th place.

In history, only Yannick Noah has done better with 23 titles, including a Grand Slam.

Richard Gasquet has won 15 titles, Gilles Simon 14 and Gaël Monfils 11. None have been crowned in Masters 1000.

He is the only Frenchman to have been invited to the quarter-finals of each Grand Slam tournament.

"I have won almost everything, except the Grand Slam. But this quest will have been the way and the means to surpass myself to experience incredible things. Obviously, I would have been proud to hold up the trophy in front of the French, in front of the family. , in front of the whole world. I tell myself that history is like that", confides to L'Équipe the one who also played a final of the Masters in 2011.

"Roland, je t'aime" 🧡@tsonga7 has announced he will retire after this year's Roland-Garros.

He will leave his mark in French tennis

Against the Big Four, it was still Tsonga who came out the best among French tennis players.

Jo-Wilfried Tsonga also experienced the summits under the tricolor banner.

In 2012, he became Olympic vice-champion in doubles with Michael Llodra.

And in 2017, he was part of the team coached by Yannick Noah who won the Davis Cup against Belgium, after 16 years of scarcity for the French clan.

Two months away from ending his life as a tennis player, "Jo" takes stock of all he has accomplished.

"I am quite proud to be able to say that I count in French tennis, (...) the feeling of having marked, in a certain way, my generation in the sense that I was one of those players who were nevertheless humans," he told L'Équipe.

He adds: "One of the things I'm most proud of is that for fifteen or twenty years, I have been loved by the public without deviation from behavior. For me, this is the very foundation of what my parents have wanted to leave me."

On Twitter, the Association of Tennis Professionals (ATP) takes its hat off to Jo-Wilfried Tsonga: "What a journey! Thank you for everything, Jo!"

The French Tennis Federation, it, "makes an appointment at Roland-Garros to vibrate one last time all together".

And Gilles Simon, he responded to the announcement of his teammate's upcoming retirement with two sibylline words: "I'm coming buddy."

A way of announcing that, for him too, retirement is near.

The era of the Musketeers is coming to an end.