Refusal to expand the RPL, the creation of a new cup and the prospect of lifting UEFA and FIFA sanctions: what was discussed at the RFU executive committee

The Executive Committee of the Russian Football Union rejected the proposal of a number of clubs to expand the Premier League. According to RFU President Alexander Dyukov, colleagues considered this measure unsportsmanlike and consider it correct to introduce it only before the start of the season. The functionary also spoke about plans to create the RPL Cup, which should become a kind of replacement for European club tournaments until the sanctions from UEFA and FIFA are lifted. According to the head, under favorable circumstances, the lifting of restrictions will take place before the end of 2022. 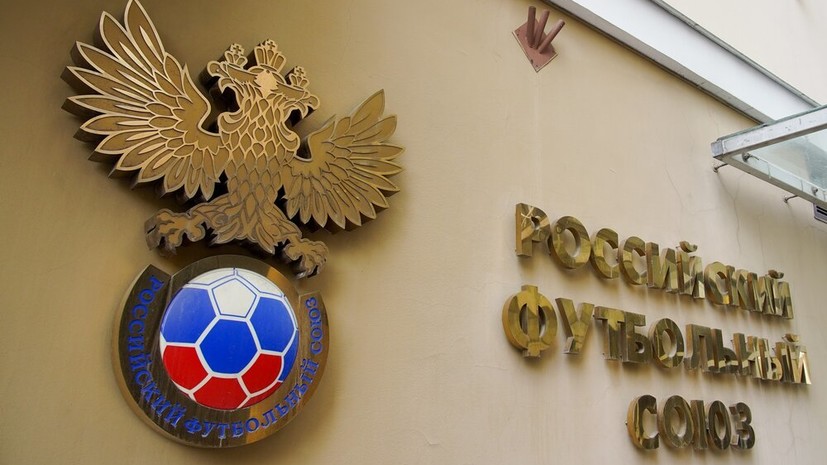 The final executive committee of the RFU in the 2021/22 season coming to an end could turn out to be truly revolutionary and historic.

In particular, it could decide to expand the RPL.

A number of clubs, including Rubin, which was relegated from the elite division, actively promoted this initiative.

However, the members of the collective body rejected their proposal, deciding that it did not comply with the sports principle.

Thus, the next draw will be held in the same format - with 16 participants in two rounds.

At the same time, RFU President Alexander Dyukov did not rule out that the number of Premier League participants could grow in the future, but only if they all meet certain criteria: decent funding, developed infrastructure, stadiums that will be licensed, and a modern game.

“For the next season, we received a letter that the clubs are against it.

Various arguments are given in favor of retaining the format.

One that everyone adheres to: you can’t change the rules during the game, because the sports principle is violated and confidence is lost, including on the part of the fans.

Everyone will understand that what is happening on the field is not so important, because then another decision can be made.

A certain number of clubs are ready to return to consideration of the issue, but not to expand the RPL retroactively.

As long as there is time before the start of the season, this issue can be considered, ”added the president of the RFU.

It is curious that, according to him, the main broadcaster of the league, Match TV, also spoke out against it.

The TV channel believes that additional matches will not arouse interest from either the audience or the sponsors.

As an alternative, the creation of a new competition, the RPL Cup, is not ruled out.

Dyukov stressed that the clubs continue to discuss this issue.

“Teams will play additional matches among themselves.

The tournament is also interesting for them in terms of additional income.

There is confirmation from the TV broadcaster that the cup will generate interest.

But all this is preliminary.

Within the next month we will complete the work on defining the format.

There are several options.

A financial model will be formed, sponsors and a broadcaster will be determined,” the functionary emphasized.

In the event of a revival of the competition, which was only held in 2003, the Russian Cup may undergo major changes.

36 participants will play according to the Swiss system, which, starting from the 2024/25 season, will be applied in the Champions League.

They will be divided into 12 groups of three teams each, where all the professional leagues of the country (RPL, FNL, FNL-2) will be represented.

Dyukov assured that when organizing the RPL Cup, interest in the Cup of the country should not decrease.

As the head of the RFU explained, the tournament, in particular, is important for clubs from the regions that get the opportunity to express themselves.

“You can also remember the final, which will take place on Sunday.

The excitement is very high, the number of applications for tickets is huge.

Quarter-finals and semi-finals also turned out to be bright.

These matches are distinguished by the high level of football and the interest of the fans.

We still consider the Cup of Russia as the second most important tournament and do not believe that something threatens it.

And the prize money has doubled compared to the previous draw,” the President noted.

Unfortunately, the heightened excitement for the decisive match between Dynamo and Spartak is accompanied by a ticket scandal.

Fans complain that many penetrations ended up with resellers.

However, according to the head of the RFU, the number of such cases is no more than 2% of the total mass.

“Alas, the event attracts the attention of speculators.

The Kassir.ru company is responsible for sales.

We have taken all measures so that tickets do not fall into the hands of resellers, we monitor every such case.

While they are no more than 2%.

The information that they got all the tickets is incorrect, ”Dyukov said.

They could not help but ask the president about the future of the head of the RPL, Ashot Khachaturyants, who, according to media reports, intends to leave his post.

The functionary replied that he knew nothing about it.

Dyukov also announced the approval of the new limit on foreign players by the Ministry of Sports.

Thus, in the new season of the RPL, teams will be able to include 13 foreigners in the application and release eight of them on the field.

At the same time, the option is not ruled out in which FIFA will allow them to leave Russia, despite existing contracts.

The head promised, if such a verdict is made, to provide legal support to the clubs when applying to CAS.

The RFU itself has already sent several claims to the Court of Arbitration for Sport and is awaiting a decision on them.

Speaking about the possible outcome of the lawsuit, the head of the federation turned out to be quite optimistic.

In his opinion, under a favorable scenario for the development of events, restrictions can be lifted from domestic football before the end of the year.

“We proceed from the fact that the issue will be resolved one way or another.

This scenario is basic.

There are others that we must take into account, ”Dyukov expressed hope.

He explained that it was for this reason that it is still difficult to count on the participation of teams from the Crimea in Russian competitions.

Violation is fraught with expulsion from the organization.

Dyukov also assured that no one had contacted him from the Peninsula Football Federation.

“This issue, if there is an appeal, should be studied.

After that, the executive committee may issue a verdict.

Football in Crimea is developing.

A lot of work has been done with UEFA to allow youth teams to participate in Russian tournaments.

For now, the issue is on pause, but I’m sure we will continue communication in the near future, ”the functionary promised.

Separately discussed at a press conference and the Russian team, which at the end of spring and summer will not enter the field.

Matches during this period were considered inappropriate.

But in September, several friendly matches are organized for the national team, including on home territory.

Dyukov did not name his opponents, emphasizing only that these would not necessarily be games with Belarus.

A serious dispute after the end of the executive committee unexpectedly turned around the financing of Zenith.

Journalists complained that Gazprom was investing too much money in St. Petersburg residents, while other teams were forced to save.

For example, Spartak closed the farm club that played in the FNL.

“This is the decision of the Muscovites, which we can only accept.

They have a strategy for the development of young players.

If the red-whites have created a farm club, this does not mean that they must constantly support it.

The situation, approach and strategy is changing in clubs and academies.

It is more correct to ask this question to Spartak.

It's not only about finances, but also about approach.

After all, the team has a new sports director, ”the head of the RFU suggested.

Gazprom, according to him, not only sponsors Zenit, but also invests heavily in the league through a contract with Match TV, and also helps youth football.

What does Zenith earn?

There is financial fair play, everyone should follow it.

If the revenues are not marketable, the clubs are punished.

This is how they imposed sanctions on Dynamo at the time.

Petersburgers are tested every year and meet the criteria.

This means that sponsorship contracts are market-based.

European football is so arranged that there are poor and rich.

But at Zenit, all the latest acquisitions turned out to be on point.

Let's remember the players who were bought by other clubs for a lot of money and did not play, ”opposed the president of the RFU.

In response, media representatives recalled Vladimir Putin’s proposal voiced in October 2019 to create a football “collective farm” - a single fund from which all teams will be financed, that is, in fact, follow the path of the North American MLS league.

According to Dyukov, this option is unrealistic, since then only a couple of dozen clubs will remain in the country.

Additionally, the degree of discussion heated up the question of why the head of the RFU did not give a single comment in the media for almost two months and did not go to the FIFA and UEFA congresses in the spring.

He was directly asked if he was interested in working in domestic football at all.

In response, the president assured that he was engaged in his affairs on a daily basis.

“I was elected head of the RFU and I am going to work out my term.

As for the interest, one can judge not by my words, but by the projects of the RFU.

It is clear that you are more curious about professional football, but if you look at what is happening in youth football, there are a lot of changes ... I do not shy away from communication and, if I meet with you, I answer to the last question.

But commenting on every sneeze is not about me, ”said the head.

He explained the missed UEFA and FIFA congresses by difficult logistics and high employment.

“Alexander Alaev made trips to Doha and Vienna.

The issues discussed there are quite standard.

In all the UEFA executive committees and the work of the committees of the organization in which I am a member, I take part and pay attention to them, ”summed up Dyukov.