Son Heung-min, who proved his skills on the world's best stage, returned home today with the Premier League top scorer trophy. Hundreds of fans and reporters flocked to the airport, and praise for Son Heung-min continued around the world today. 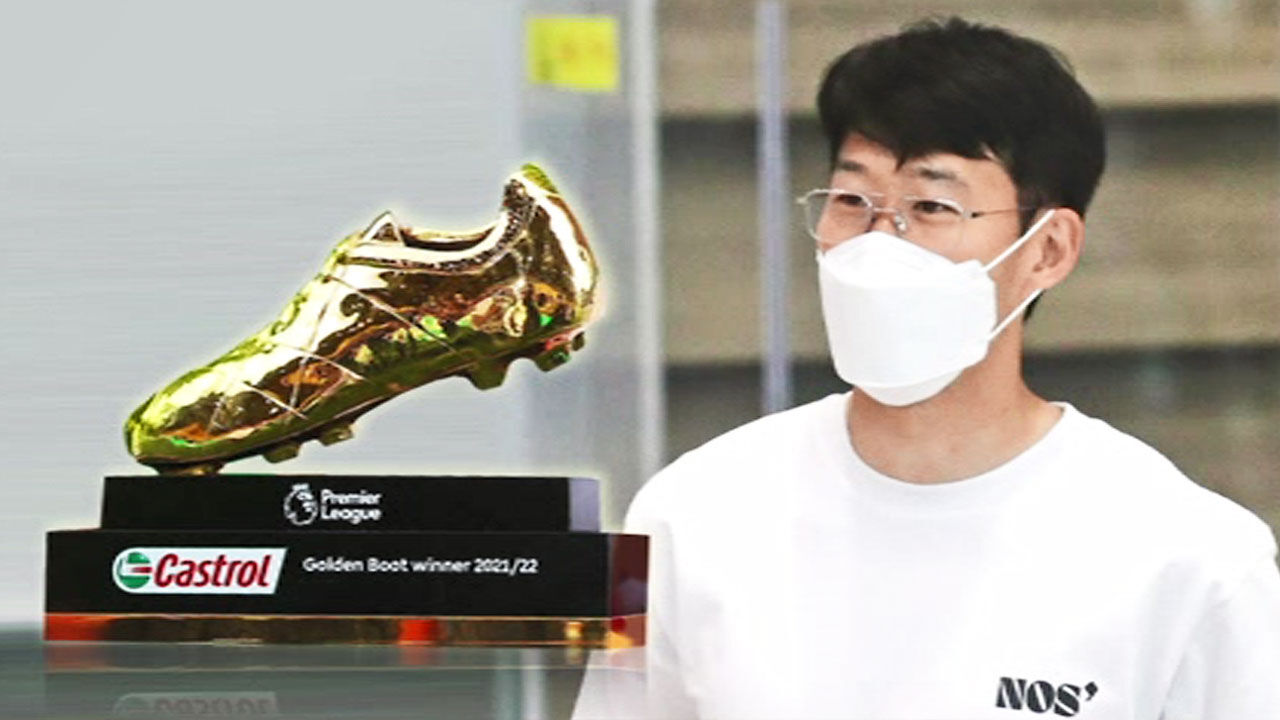 Hundreds of fans and reporters flocked to the airport, and praise for Son Heung-min continued around the world today.

Reporter Kim Hyung-yeol will tell you.

[Korea is a country owned by Son Heung-min.]

[Just do what you always do!

[It seems that you have raised Korea's status even higher.

Please continue to fight in the future~]

While many fans and reporters rushed to the arrival hall early, cheering erupted when Son Heung-min, wearing glasses, appeared with a bright smile.

Son Heung-min pulled out the Premier League top scorer trophy, a golden boot, and left the arrivals hall without an interview, and as the cheers of the fans continued, he got out of the car and waved his hand for fan service.

The praise of Son Heung-min, who became the top scorer dramatically, continued today.

Sky Sports selected Heung-Min Son as the best player, saying that he scored two last-minute goals and lightly beat Salah by more than 6,000 points in the overall season power ranking.

[Gary Neville/Sky Sports Commentator: I think the MVP of the season is Son Heung-min.

Take a look at what Heung-Min Son did for Tottenham.

He is a very special player.]

Hwang Hee-chan, who had a fan meeting today, also expressed his respect.

[Hwang Hee-chan / Wolverhampton national striker: I think that not only me but many other players will be stimulated and motivated to do better through Heung-min hyung.]

Son Heung-min, who raised the status of Korean football, will come to 30 after a short break. Join the Japanese national team and start the evaluation match for the Qatar World Cup.