Tre Kronor's difficult goalkeeper choice: "They compete for it"

Magnus Hellberg has won all four of his World Cup matches for Tre Kronor. Still, most people think that Linus Ullmark is the first character before the quarter-final game. - They compete for it, of course, says national team captain Johan Garpenlöv to SVT Sport. 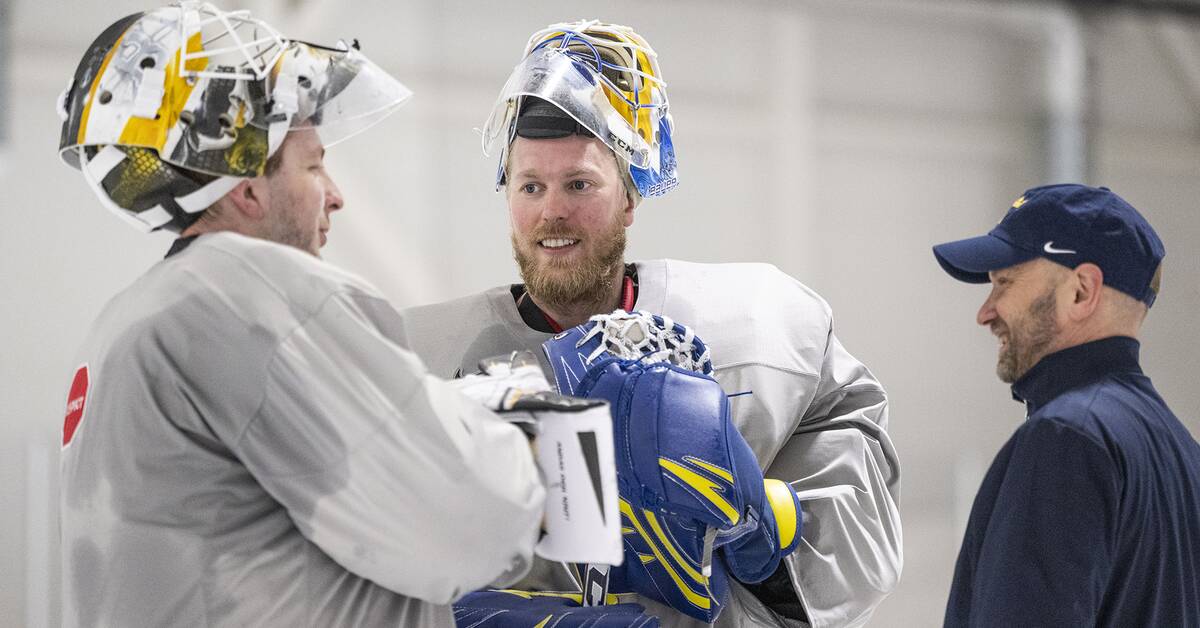 All have ended with a blue-yellow victory and the 197 centimeter long Uppsala son has only let six pucks pass him.

With 93.18 save percentage, he is fourth best in the tournament.

I felt relaxed and got to see most of the pucks.

The guys helped to remove most of the returns and we had a good chat in our own zone.

Of course, there are always things to improve, but overall I am satisfied, says Hellberg to SVT Sport afterwards.

Despite Hellberg's fine tournament - add that he also guarded the goal when Sweden beat Finland in the rematch before the World Cup - many experts believe that it is Boston's Linus Ullmark who is the first sign for the upcoming playoffs.

Ullmark has played a World Cup match so far and this time Sweden fell against the USA after extra time.

Have you chosen a first goalkeeper yet or is it still open?

- They compete for it, of course.

We will see who is next in the match and the match after that, says Garpenlöv.

"Both are hungry and want to play"

When asked what Magnus Hellberg himself has heard about the goalkeeper situation, the 31-year-old answers:

- As it looks now, we have run match after match.

Now I got the confidence this time and then we'll see what happens next match.

Both Linus and I are hungry and want to play and contribute.

How do you view the competition?

- It was a competitive situation with (Marcus) Högberg before as well, but I think Ullmark is an incredibly good goalkeeper and a good guy.

He wants the best for the team, just like me.

Now I got the confidence this time and it went the way, we won, but it's nothing I focus on right away.

It is up to "Garpen" and company to decide who will play, says Hellberg.

Tre Kronor's next match is tomorrow, Tuesday, against Latvia.

It is the last group game before the quarterfinals on Thursday, where the opposition is still unclear.