Tampa a match from the semifinals: "Taken our game to a new level"

Reigning champion team Tampa Bay is well on its way to beating the regular season winner Florida. Victor Hedman provided an assist when Tampa won 3-1 and extended the lead in the quarterfinal series to 3-0. - It feels like we have taken our game to a new level, Hedamn says to SVT Sport. 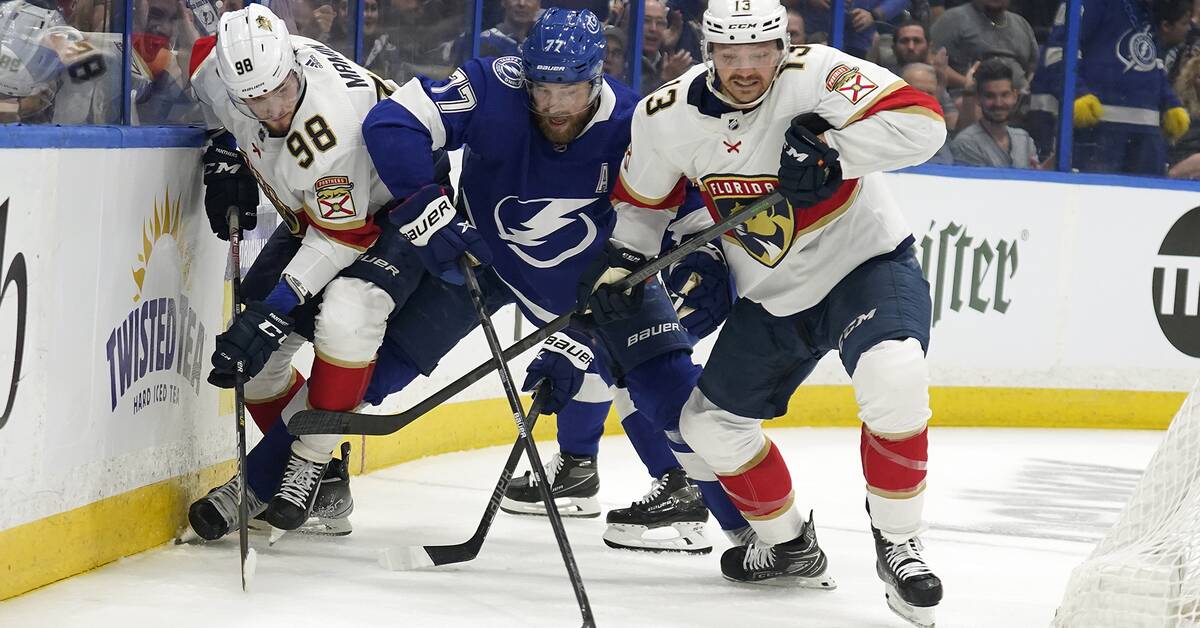 Victor Hedman's Tampa Bay has put the knife to his throat in Florida - which won the NHL's regular season.

In its pursuit of the third straight Stanley Cup dent, Tampa has not given top-seeded Florida any breathing space in the quarterfinals.

In Sunday night's third game, it was 1-1 after the first period, but then Tampa Bay pulled away, just like before.

In front of the home crowd, Tampa Bay delivered two goals in the middle period, of which Hedman assisted to the 3-1 goal.

- It was really that important goal for us.

In the final minutes, Florida's defeat was completed with two Tampa goals in an empty goal cage.

- It is tight matches but it feels like we have taken our game to a new level, says Victor Hedman to SVT Sport.

This means that Tampa Bay leads 3-0 in matches and that Florida - with Patric Hörnqvist and Gustav Forsling - is forced to win the next match, which is also played in Tampa, the night before Tuesday Swedish time.

- Of course it feels incredibly nice to lead 3-0, but the fourth match is the most difficult to win, says Hedman.

I look forward to a new match and it will be nice to play at home.

Right now we get to enjoy this win and then it's on it again tomorrow.