Bayern is from the past and Barcelona is the future.. Lewandowski is pressing to move to Barca

Press reports said on Sunday that Barcelona made a first written offer to Bayern Munich to include Polish international striker Robert Lewandowski for 32 million euros. 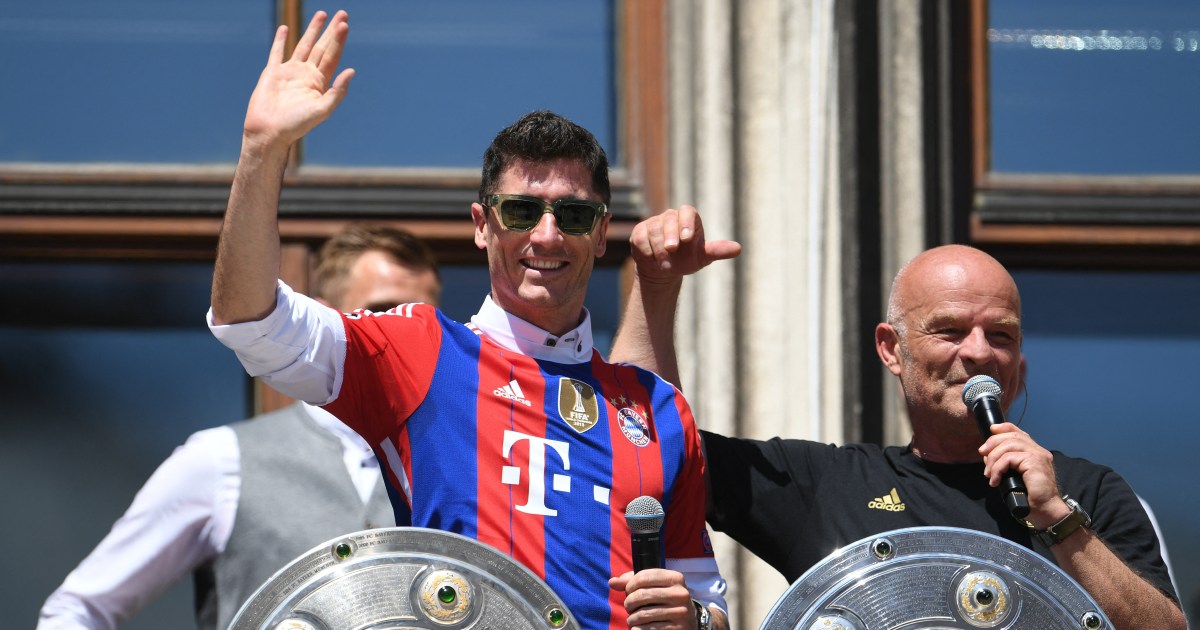 And the newspaper "Bild am Sonntag" indicated that Barcelona offered this amount to include "Liva", the winner of the best player in the world twice, who confirmed on more than one occasion that he would not renew his contract with Bayern, which expires at the end of next season.

"Of course they can keep Lewandowski for another year, to be fair, his contract runs until 2023, but I do not advise this. For Robert Lewandowski, Bayern is a thing of the past," Lewandowski's agent, Bimi Zahavi, told Bild newspaper.

He added that Bayern did not make an offer to Lewandowski to renew his contract with the team, and concluded, "He spent 8 years with the team and after several months he will reach 34 and wants to fulfill his dream."

And earlier, the Spanish newspaper "Sport" indicated that Bayern Munich - which announces that the player will complete his contract - reduced his financial demands and requested an amount ranging between 35 and 40 million euros to dispense with Lewandowski, 33, who is entitled to leave for free at the end of next season.

Barcelona itself suffers from financial difficulties, but Xavi, the Spanish coach, confirmed his interest in the Bayern Munich striker.

Bayern sporting director Hasan Salihamidzic criticized Zahavi "because he is avoiding us and stressed that the club still hopes to keep its player."

And Salih Hamidic said - yesterday, Sunday - that "in our conversation with his agent, we gave him a clear offer, duration and amount."

Zahavi had made Bayern Munich officials feel frustrated about his participation in David Alaba's departure to Real Madrid, which made the club's president at the time, Uli Hoeness, describing him as "greedy".

"(Lewandowski) felt disrespected by these officials for months, this is the truth. Bayern did not lose the player Lewandowski, but lost Robert as a person," Zahavi explained.