AC Milan won the Serie A championship again after 11 years, how many people's youth did it bring back? 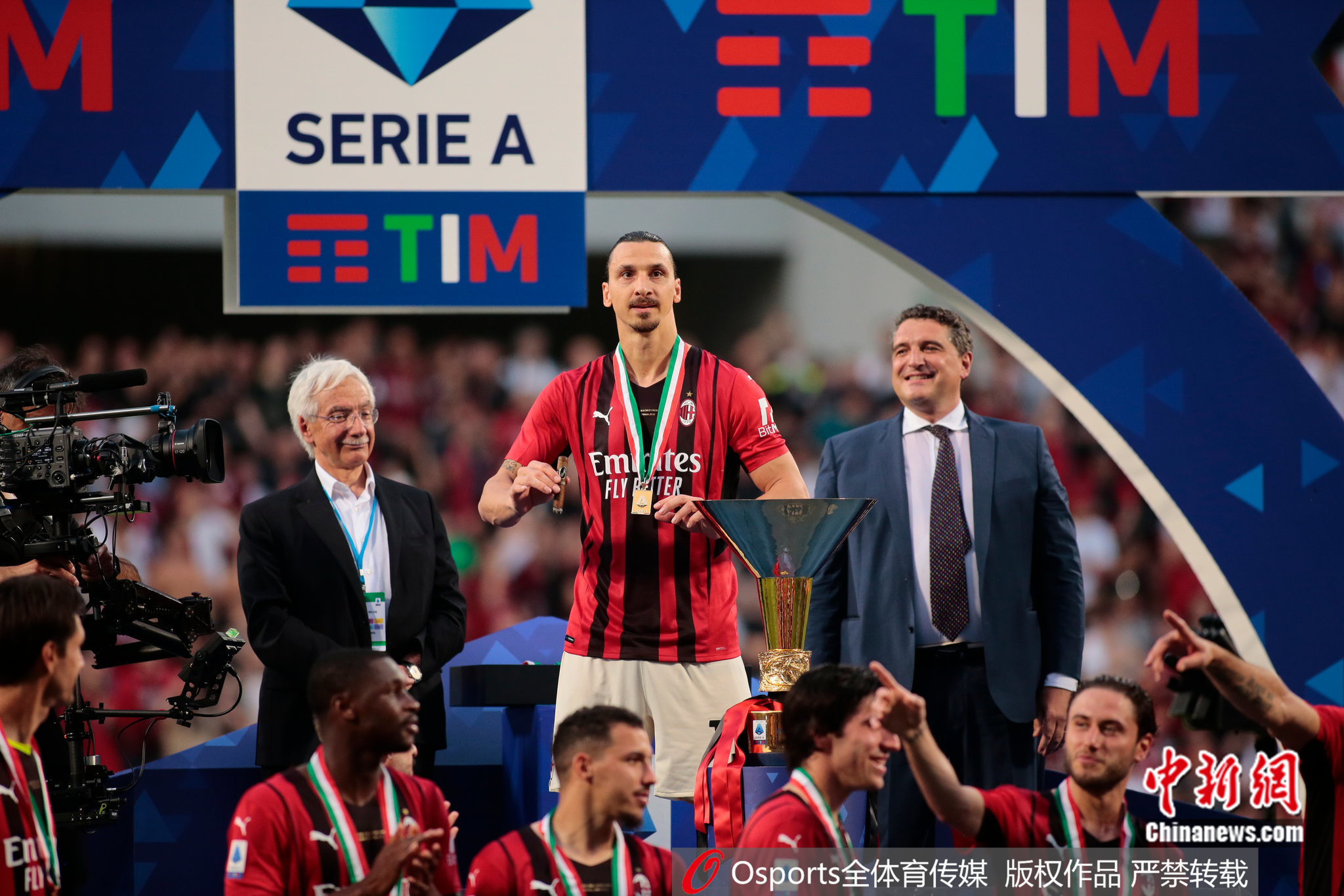 In the final round of Serie A that ended in the early morning of the 23rd, Beijing time, AC Milan defeated Sassuolo 3:0 away, winning the Serie A championship after 11 years.

Veteran Ibrahimovic once again won the Serie A trophy.

When Ibrahimovic wearing a red and black shirt is in the same frame with the Serie A championship trophy again, do you feel like a lifetime?

Under the leadership of veterans Ibrahimovic and Giroud, Tonali, Leo, Theo, Casey, Tomori and these young players have recovered their former glory belonging to the Rossoneri.

This is just like their predecessors Nesta, Gattuso, Seedorf, and Inzaghi.

It is enough for a child in an ivory tower to taste the ups and downs of stepping into society; it is enough for them to become the quiet middle-aged parents of their parents...

This night, how many middle-aged people stayed alone in front of the live broadcast, made an exception to stay up until the middle of the night, and went crazy again for the "red and black" that belonged to their youth?

AC Milan fans at the scene celebrate winning the championship.

For AC Milan fans, the taste of winning the championship has even been forgotten.

In front of the star-studded Juventus, they achieved 9 consecutive Serie A titles.

During this period, rivals Inter Milan, Naples, Atalanta and other powerhouses have all had high-profile performances, but AC Milan, which is expensive as a veteran giant, has been tepid.

The coaches of the team have changed and changed. From the departure of the previous champion coach Allegri to the current Pioli, AC Milan has experienced Seedorf, Inzaghi, Miha, Montella in the past five years. , Gattuso, Giampaolo these 6 coaches.

The frequent changes at the helm are behind AC Milan's struggles in the trough.

At the beginning of 2020, the veteran Ibrahimovic returned to AC Milan.

Not only have they lost ground in Serie A, but AC Milan has long since moved away from the center stage of the Champions League.

It seems difficult for young fans to be attracted by such "old giants".

Under the generation of fans, AC Milan has become a group of middle-aged people.

In 2019, Liverpool regained the Champions League and completely completed the revival.

In the 2020/21 season, AC Milan won the Serie A runner-up and returned to the Champions League after a lapse of seven years, taking the first step of its revival.

Pioli, the coach who led the revival of AC Milan.

But the road to recovery has never been smooth.

Under the impact of gold and dollars, AC Milan, with limited financial strength, lost Donnarumma and Calhanoglu before the start of this season.

Under the policy of "do not buy expensive, only buy the right", AC Milan introduced veteran Giroud to buy out Tomori, Tonali and other practical young players.

AC Milan, with the old and the new, started the season smoothly, with 10 wins and 1 draw in the first 11 rounds, creating the best start in team history and laying the foundation for winning the championship.

According to statistics, the average age of AC Milan players this season is only 26 years and 97 days.

The young "ross and blacks" have opened a new chapter in their revival with surprising speed.

"The world has turned a thousand times, and it has its own cause and effect."

This is the story of the football world, as well as life.