“Italy belongs to Milan” .. Watch the historical speech of Ibrahimovic after winning the Italian League title

Veteran Swedish star Zlatan Ibrahimovic grabbed the attention of Milan's celebrations of winning the Italian League title, and gave an enthusiastic speech in front of his colleagues in the dressing room, announcing the start of historic celebrations. 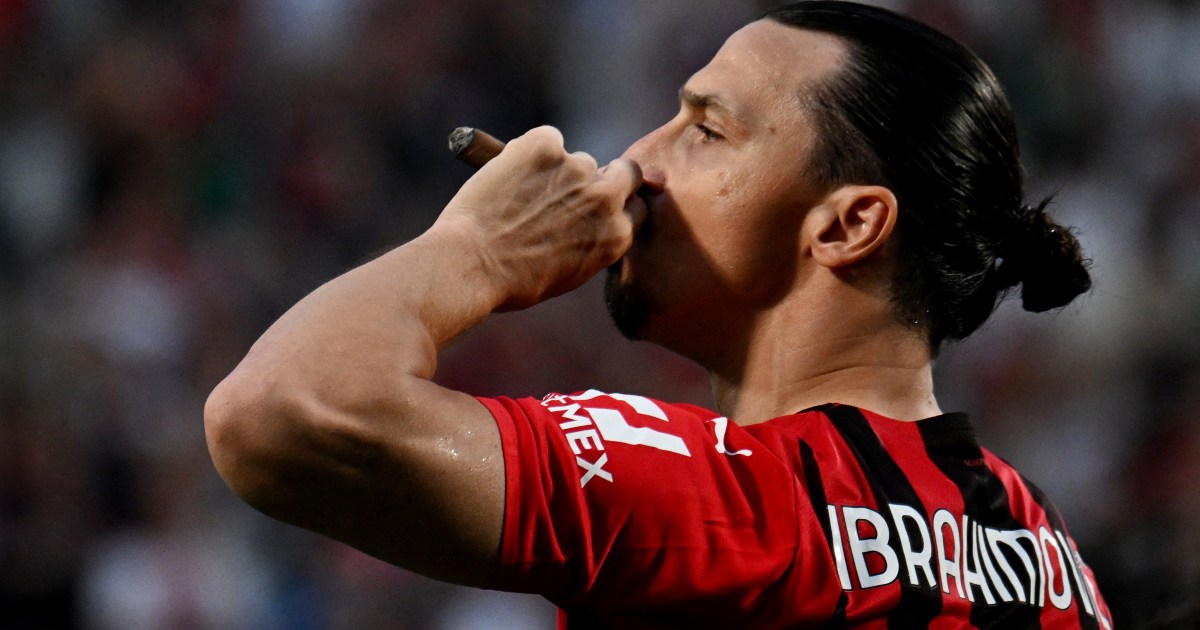 Veteran Swedish star Zlatan Ibrahimovic grabbed the attention of Milan's celebrations of winning the Italian League title, and gave an enthusiastic speech in front of his colleagues in the dressing room, announcing the start of historic celebrations.

Ibrahimovic won the league title for the 19th time in its history on Sunday, after beating Sassuolo 3-0 in the final stage of the competition.

And the "Sultan" assumed the role of leader in front of the players and said at first, "Bring everyone here. Guys, calm down, I won't say goodbye to you," knowing that his current contract expires on June 30.

Ibrahimovic returned to Milan two years ago and was crowned the Italian league champion for the second time in his career with the team after the 2011 title, and said, “When I came back, a few people believed in us, but when we realized that we had to make sacrifices, suffering, faith and work, we succeeded in forming a group. And when you are a group you can achieve the things we have achieved. Now we are the Italian champions."

"First of all, I would like to thank all the players. I speak now on behalf of the entire team, and in particular a number of the team members, including Paolo Maldini, sporting director, Ricky Massara, director of football and Ivan Gazidis, general director," the 40-year-old added.

Ibrahimovic ended his speech by saying, "I am proud of you all. Now do me a favor: Celebrate like heroes, because not only Milan belongs to AC Milan, but the whole of Italy belongs to AC Milan," to a cry accompanied by the pushing of a table away, which excited everyone who They gathered to cheer and complete the joys that were long absent from the "Rossoneri" house.

The Swedish star had appeared in Milan celebrations smoking a cigar in a scene that was widely circulated on global social media platforms.

The moment Ibrahimovic entered the podium was the most exciting among the team's players, as he entered unconventionally, carrying a cigar and smoking it, amid warm applause and the sounds of the fans who celebrated and interacted with him greatly.

Ibrahimovic's participation decreased during this season and participated in 27 matches in all competitions, during which he scored 8 goals and awarded 3 assists.