Kalle Rovanperä won Portugal's World Cup rally and thus took the season's third straight victory. - It feels like we have a good flow now. To start first here and fight for the victory was really great. A big thank you to Jonne (the map reader) and the team. We saw many who had problems and it was tough conditions but our car was perfect, so everyone can be very happy, says Rovanperä to WRC in the goal. 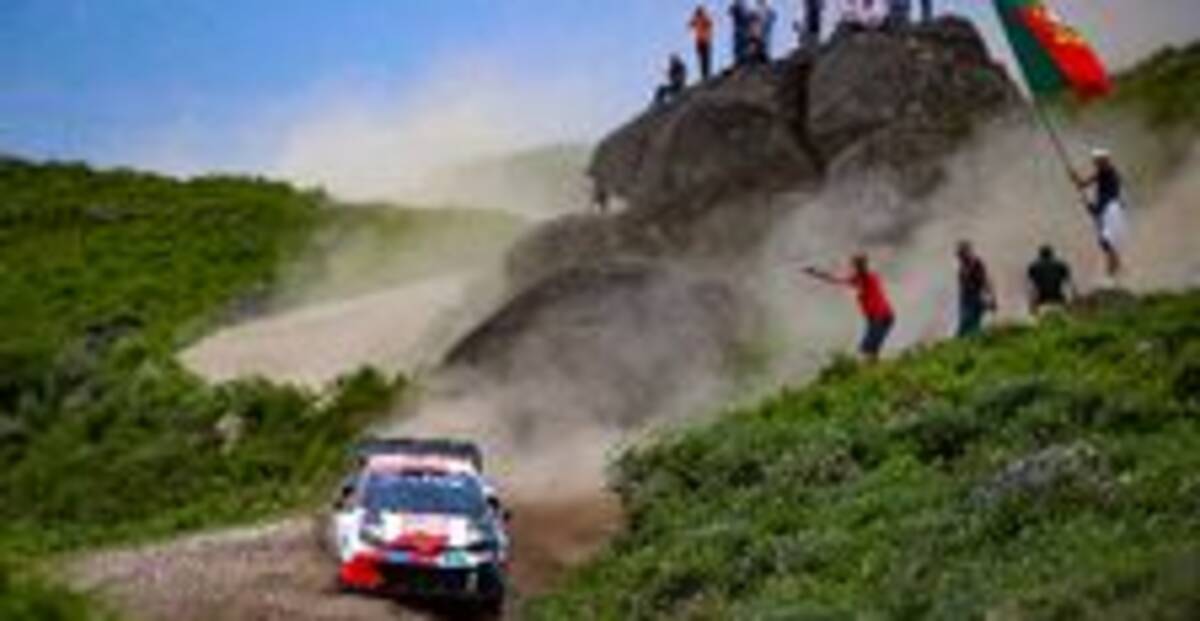 With today's victory, 21-year-old Rovanperä has acquired a dream position in the drivers' championship with a lead of 46 points after four races.

The boy is only 21 years old, starts first in the rally but still wins.

Nine races remain in this year's World Championship series and if Rovanperä were to win the driver's championship in the WRC, he would be the youngest ever world rally champion to date.

- He radiates a surprising calm and self-confidence.

Kalle is extremely fast but still has control.

The ability to also adapt the pace to the situation in the rally is so impressive.

Just like Ogier, he has an extra gear when needed !, says expert Kruse.

Kalle Rovanperä won the 2019 championship title in WRC2 Pro and has now acquired a dream position in the 2022 drivers' championship.

Rovanperä took the lead in the rally from Elfyn Evans on Saturday afternoon and the Finn did not let go.

The top duo looked to be joined on the podium by another teammate in Toyota.

29-year-old Takamoto Katsuta looked to go towards third place after an extremely even fight with Dani Sordo on Saturday and Sunday.

But experienced Sordo, who shares a WRC car with Oliver Solberg in Hyundai, accounted for a powerful drive on the last leg and was 4.3 seconds faster than Katsuta and took third place.

Rovanperä now leads the WC with a full 46 points, which is a super grip at the top, considering that a victory in a WC rally gives 25 points.

Thierry Neuville retains his second place, after a fifth place in Portugal.

Takamoto Katsuta advances with his fourth place three places in the total and is now new third with his 38 points.

After being forced to break the rally with a broken steering arm on Saturday, Oliver Solberg restarted today.

- Our only plan today is to enjoy the distances, Solberg wrote on social media before the start of Sunday.

Solberg and map reader Elliott Edmondson finished the rally strongly and was fastest in his class on the two final distances.

Teemu Suninen was on his way to a "sure" victory in the WRC2 class in Portugal.

The Finn had a lead of over 57 seconds before the last leg, but shortly after starting on the power stage, the Finn drove off.

The TV pictures showed him parked in the woods next to the stretch.

Unclear what caused him to drive off, perhaps a technical error.

Teemu Suninen got stuck in the woods.

Rossel new leader in the championship

The victory instead to Yohan Rossel who also won most recently in Croatia.

The Frenchman thus takes over the lead in the drivers' championship in WRC2 from Andreas Mikkelsen.

The Norwegian Mikkelsen was forced to break in Portugal after engine problems.

- It's a shame about the Suninen.

A second place would also have been good but to take the second victory this year, I really want to thank my team, says a slightly surprised Rossel to the WRC in the goal.

The next World Cup rally will be run in two weeks in Sardinia.