Salma Mouelhi, President of the Tunisian Federation has witnessed the rise of the number 1 of African tennis, Ons Jabeur. A few hours before the entry into the running of the Tunisian in the tournament… 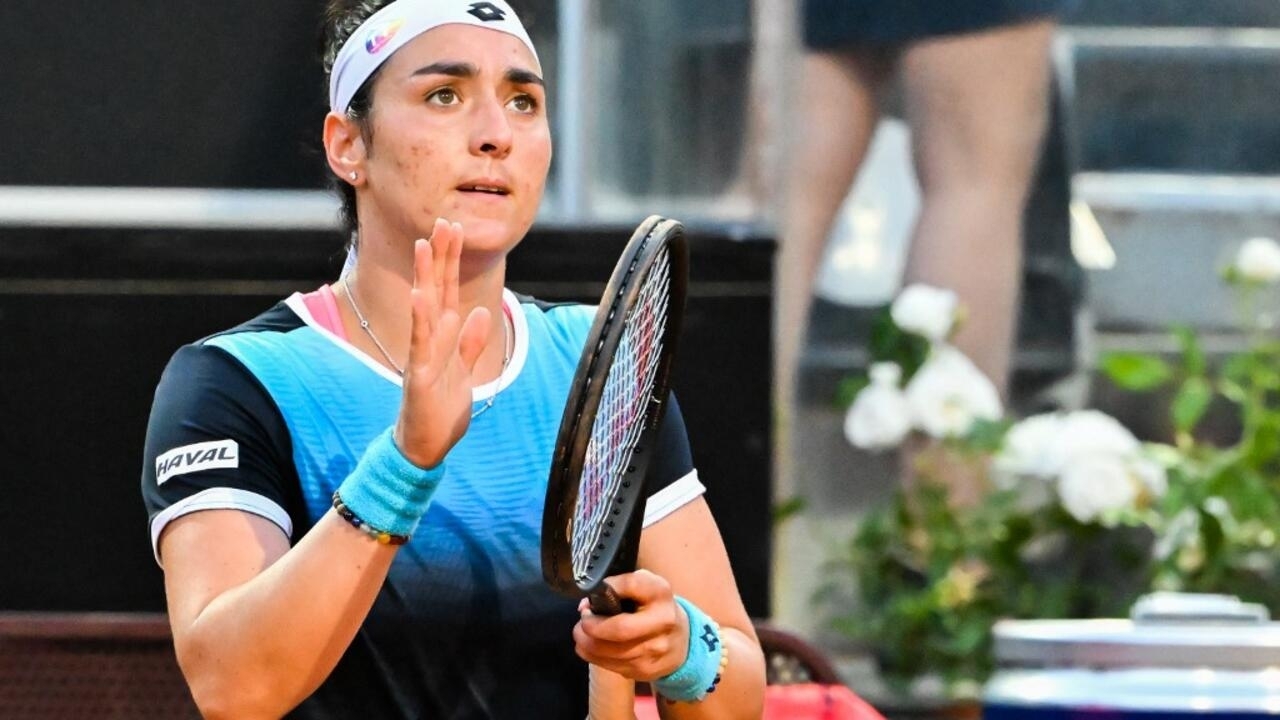 Tunisian Ons Jabeur has a lot of ambitions for the 2022 Roland-Garros tournament. AFP - ANDREAS SOLARO

Salma Mouelhi, President of the Tunisian Federation has witnessed the rise of the number 1 of African tennis, Ons Jabeur.

A few hours before the entry into the running of the Tunisian in the Roland-Garros tournament, she looks back on the trajectory and the popularity of the native of Ksar Hellal, announced among the favorites for the final coronation in Paris.

RFI: Salma Mouelhi, how long have you been with Ons Jabeur?

: I've known her since she was at least ten years old.

She was already very good at it.

From the start, we saw his technical and physical abilities.

From a very young age, she has been passionate about tennis.

When asked a question about her ambitions, she always answered confidently: “I want to be the world number 1”.

At that time, everyone was laughing nicely, it was about twenty years ago.

When did people start to believe that she could become a great champion?

That's when she won the junior Roland-Garros tournament (2011).

At that time, I was a mental trainer and I was already with her at Roland-Garros in 2010 (finalist).

In 2011, we saw that she really had a gift and that she could go far in tennis.

She showed an exceptional game during this tournament.

Afterwards, for lack of means to accompany it in its progress, it stagnated.

She didn't get much support to play as many tournaments as possible, but she didn't give up.

She is a hard-working, driven, persevering girl, and today she is reaping the rewards of her sacrifices and dedication.

You had accompanied her mentally for years.

Is it also her mind that brought her to this level?

I accompanied her to Roland-Garros, to Wimbledon and to certain tournaments.

I tried to listen to her, to work with her on a mental level.

But to be honest, she already had a great mind, a strength and a rage to win.

He only needed one little thing to succeed in the junior-senior transition: the means.

And the sponsors weren't there because she was a junior.

Today, that has changed a lot.

She has just won her first major tournament (WTA 100 in Madrid), she is cited as one of the favorites at Roland-Garros this year.

Do you see her go all the way?

She is in her bubble, in an ascending phase, self-confidence well developed.

Technically and physically she is on top, she has rested well for a good week.

I think she will be the big surprise this year.

It's true that she never made it past the quarter-finals in Paris, but we believe in it.

If I remain realistic (laughs), I would say: “she wins the tournament”.

If I remain modest: “she is at least going to the semi-finals” because she is motivated, relentless and there is a great 100% Tunisian staff behind her.

How does this “Jabeur effect” manifest itself in the country?

She has upset a whole country, she is a big star in Tunisia.

She has trained behind her a large number of tennis licensees who make people love and practice this sport.

As president of the Tennis Federation, I can only be proud of her.

Largely, thanks to her, Tunisia will organize a tournament endowed with 250,000 dollars, it is a first in the history of Tunisian tennis, the sponsors are there, there is more visibility.

The benefits of Ons Jabeur's performances are enormous both for the country and for us as a federation.

A whole country, all Tunisians will be behind her during the fortnight of Roland-Garros.