Nylander raised Tre Kronor - and the powerplay game: "We can go far"

The big star William Nylander showed the way with three points in his first World Cup match in Tampere. And got in order for the crunchy powerplay game - Sweden scored four goals in the form of the game. - We can go far, says "Lill-Nyllet" to SVT Sport. 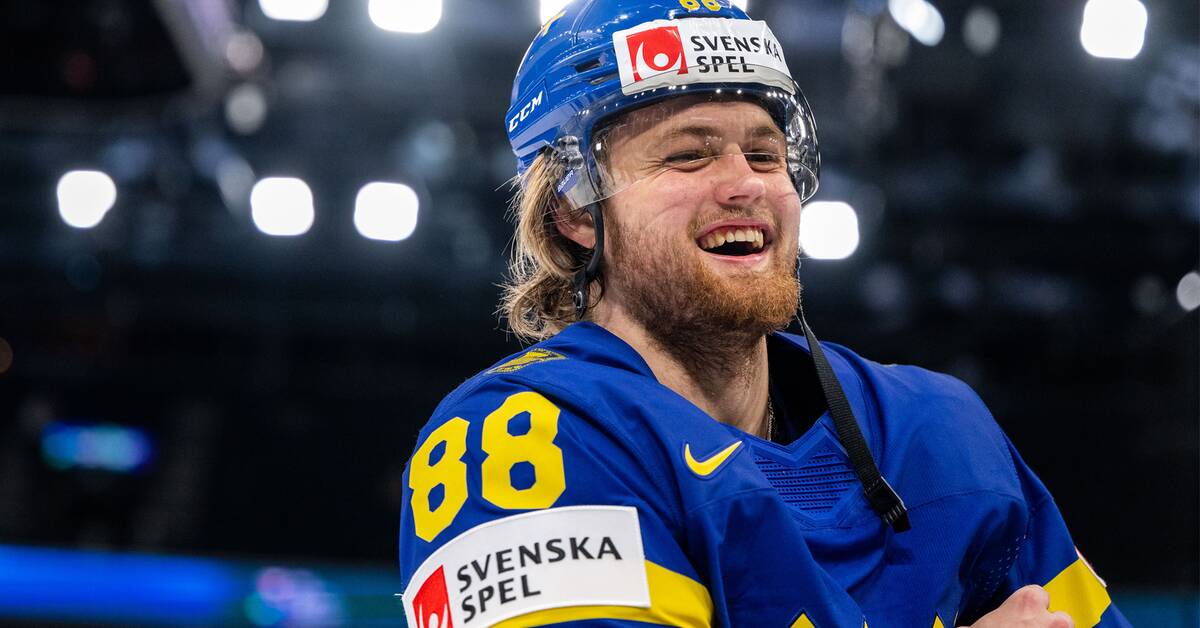 The Toronto star had scored 32 points in 18 matches during his previous two tournaments, and against Norway today he accounted for three points in the 7-1 crush.

In addition to two assists, he himself splashed in 2-0 in numerical superiority about halfway into the match.

- It was a damn good job of "Klingan" (Carl Klingberg, editor's note) in front of goal so the goalie saw nothing.

A compliment to Carl, says Nylander to SVT Sport.

The goal was the beginning of the end for the Norwegian part.

Within ten minutes, Tre Kronor went from 1-0 to 5-0 and the match was decided.

- I think we started a bit tough, but built on and got better and better the longer the match went, says Nylander.

What was it like playing with Joakim Nordström and Lucas Wallmark?

We had some good chances, but can get better in the five-on-five game and create a little more and have longer attacks.

How did the PP game work, do you think?

- It clicked pretty well in both quintiles so it was fun.

Powerful points average in the WC

In total, the 26-year-old has now scored 35 points in 19 matches in the World Cup context.

It gives a powerful average of 1.84 points per match.

- It is always special to play for Sweden, you rise when it becomes Tre Kronor, but it really does not matter.

That we win matches is the only thing that counts.

How good is this Swedish team?

- We can go far as long as we work and rub on and not thumb at the details.

Federation captain Johan Garpenlöv was pleased with the win and that the powerplay game came loose.

Before the match, only France and Great Britain had poorer efficiency in the form of play.

- There we got William who is a threat.

It will be difficult to mark when he and Wallmark can play from both sides so it was fun to watch today.

Did you get what you wanted from Nylander today?

- He makes his first match and has not played for a long time, but I like what I saw today.

He gives us another dimension in our offensive game and that is exactly what we have been looking for, says Garpenlöv.

Team captain Oliver Ekman Larsson watched the match from the stands, but why the back star did not play, the national team captain did not want to answer.

- He was simply not playable today.

Can he play against Latvia on Tuesday?

- It is a big question mark.