New photos show the star team's anger: "I wanted to give again"

Near crash in the season premiere. Now SVT's documentaries show the star team Smedernas ilsa after the heat. - I got really angry so I wanted to give again, says driver Pontus Aspgren. 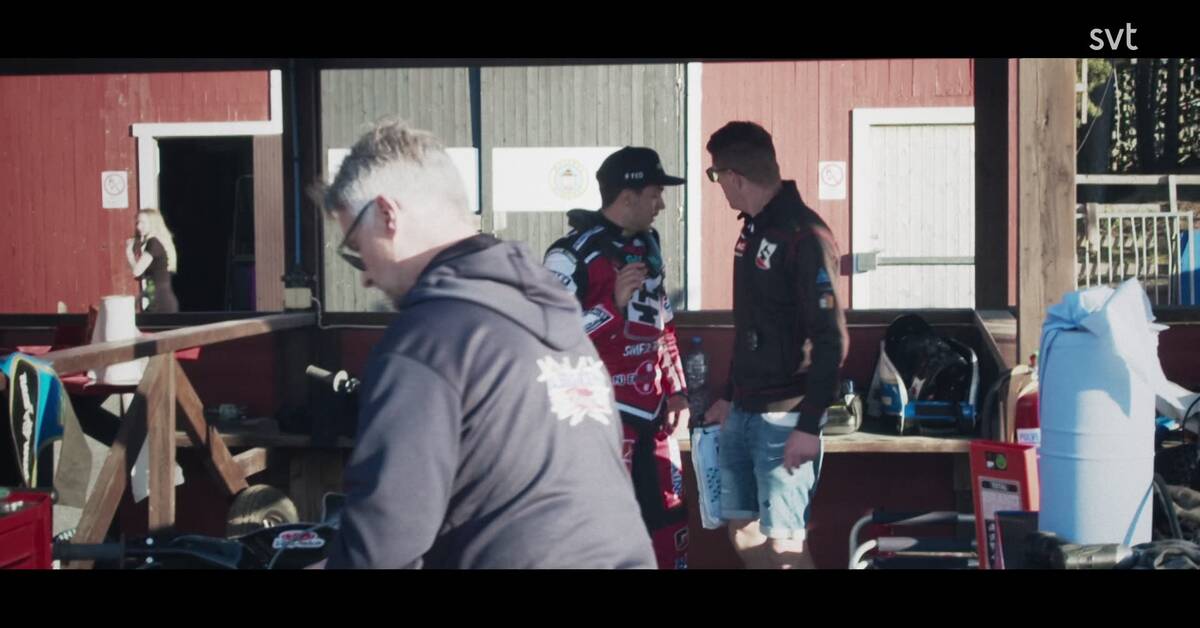 The elite series in speedway is at the top among Sweden's most popular leagues.

And now SVT's new documentary series "Speedway - with life at stake" takes you closer to the gravel in the oval, the engine oil in the depot and the dramatic overtaking.

In the first episode, we follow the Blacksmiths' and reigning champion team Masarna's season premiere 2021 behind the match pictures.

In one of the heats, when the match is still uncertain, Smederna's star driver Pontus Aspgren tries to overtake Masarna's Frenchman David Bellego on the outside.

Then the collision is close to occurring.

"I wanted to give again"

- He closes the door all the way, I hook up with him and get stuck, and am getting a real crash.

It could have just ended my season like that.

I got really angry so I wanted to give again, says Pontus Aspgren in the documentary.

Aspgren wins the heat, but is annoyed after the finish.

- On the straight after the race we waved at each other a bit, and then there in the depot he stopped and waited for me.

And asked what my problem was.

He was my problem.

In the dispute, Aspgren and Bellego press their helmets against each other.

Someone in the Blacksmiths' leadership staff tells the Frenchman to leave and calls him a "piss-wanderer".

- Of course we are more one-eyed, and the Masars probably did not think it was as dangerous.

The first episode of "Speedway - with life at stake" is on SVT Play.