At the end of the final day of Ligue 1, OM returned to the Champions League thanks to their card against Strasbourg (4-0). Held in check in the last minutes by RC Lens (2-2), AS Monaco remains,… 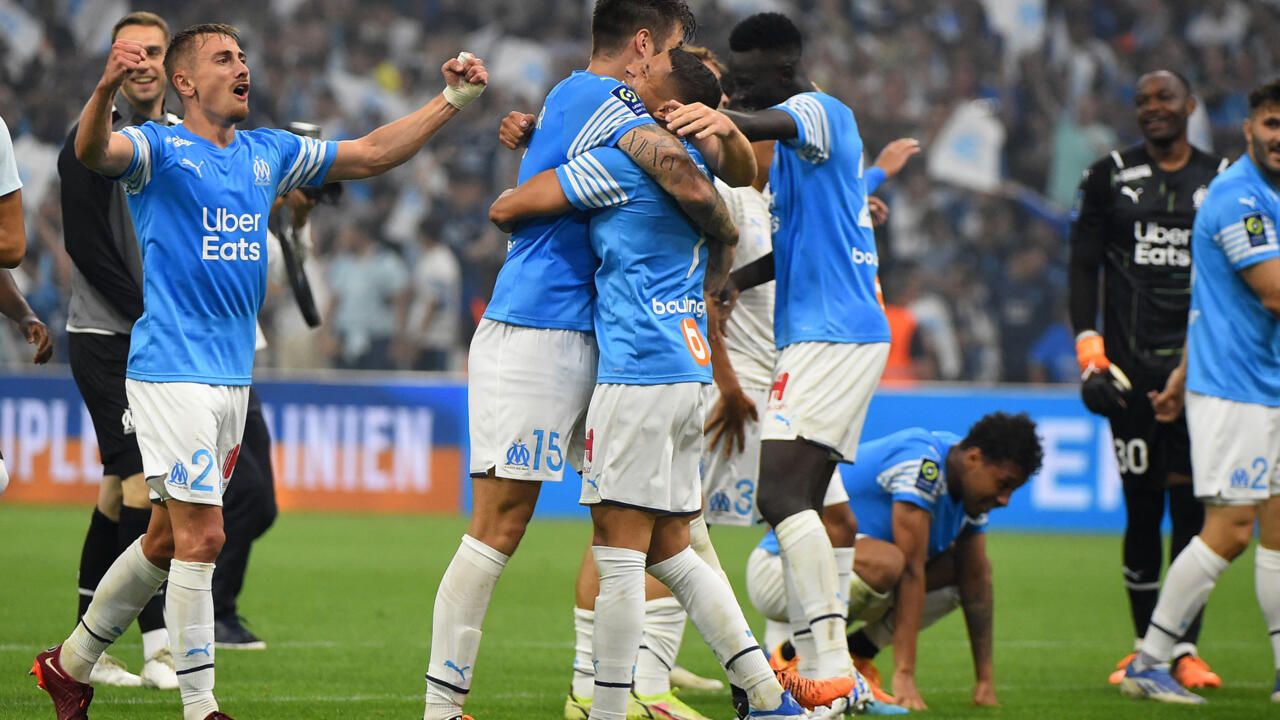 The Ligue 1 season ended on Saturday May 21 with the qualification in extremis of Olympique de Marseille in the Champions League ahead of Monaco.

Metz and Bordeaux are relegated.

Saint-Etienne on his side, obtains a respite.

The "der" of Paris SG against Metz (5-0) was totally eclipsed by the extension until 2025 of star striker Kylian Mbappé, rumored in the afternoon and confirmed by President Nasser Al-Khelaïfi before kick off, all smiles alongside his jewel.

"Very happy to stay in France, in Paris, in my city", the striker assiduously courted by Real Madrid received the ovation of the Parc des Princes, euphoric then amazed by the hat-trick (25th, 28th, 50th) of the champion of the French world.

The N.7 of the Rouge et Bleu, eager for records, has become the first player to complete an L1 season as top scorer (28) and best passer (17).

And as the party was total, Neymar scored his 100th goal with Paris and Angel Di Maria, his last, in tears to conclude seven years in the French capital.

At the Vélodrome, OM supporters experienced a magical evening: a 4-0 card against Strasbourg and an equalizer in added time for Lens against Monaco (2-2), synonymous with second place and direct qualification for the next Champions League.

Marseille recovered the jump seat that the Monegasques had blown from them last weekend after an incredible scenario.

As leading roles: Gerson (double), Under and Bakambu on the Olympian side, without forgetting Ganago, RC Lens scorer in the 96th minute.

The Olympians will try next year to do better than extras in C1 where, for their last appearance in 2020/21, they finished last in the group.

The Monaco dragster, carried to Lens by the momentum of their nine wins in a row, finally stalled just before the finish line.

Philippe Clement's team, still eighth in mid-March, finished on the last step of the podium.

It will be necessary to go through a preliminary round, then a play-off to be won in August in order to access the lucrative group stage of the Champions League.

In case of failure, the club of the principality will be donated to the Europa League.

Rennes snatch a draw against Lille

Rennes sweated profusely on Saturday evening but their draw at Lille (2-2) was enough to make them happy.

The Bretons end the 2020/21 fiscal year in fourth place, with the same number of points as Nice but a much higher goal difference.

Without Guirassy's late goal, Bruno Genesio's team would have been beaten at the post by a completely unleashed Niçois in Reims (3-2).

Trailing 2-0 after less than twenty minutes, the Aiglons overthrew their hosts in the second half with a hat-trick from Andy Delort.

OGC Nice will have to settle for the Europa League Conference next season, a disappointing consolation prize for a team that was still in 2nd place in the Championship at the start of March.

The withdrawal of a point inflicted after the excesses at the Allianz Riviera in August against OM will have been fatal to the club owned by Ineos.

Strasbourg let its European ticket slip away at the Vélodrome and ended its great season in sixth place, ahead of Lens then Lyon, eighth after its 2-1 victory at Clermont.

AS Saint-Etienne retains a chance to stay in Ligue 1 after its miraculous draw in Nantes (1-1), where Hamouma donned superhero clothes in the last quarter of an hour.

In the play-off position, the Greens will face Auxerre, winner of the Ligue 2 play-offs, on May 26 and 29 with a return match at the Geoffroy-Guichard stadium, where a stand will still be closed for disciplinary reasons.

The tenacity of the Stéphanois is the misfortune of Metz, nineteenth with one point less.

The Garnets return to Ligue 2, three years after leaving it.

They descend to the lower floor in the company of Bordeaux, a historical monument of the French Championship, relegated for the first time since 1991 (administrative demotion).

The club with the scapular ended its catastrophic season (discarded players, ulcerated supporters, defeat against OM after 44 years of invincibility at home …) with an insufficient card in Brest (4-2).