In pursuit of profit: how Mbappe signed a new contract with PSG and framed Real Madrid

Kylian Mbappe has signed a new three-year deal with PSG. According to media reports, the striker will earn between €40-100m a year and will receive €100-150m as a bonus. The football player explained his decision by the desire to develop and perform at the highest level. Real Madrid suffered from this deal, which was close to an agreement with the striker and allegedly offered him similar conditions. The leadership of the Spanish La Liga has already promised to file a complaint with UEFA, accusing PSG of violating financial fair play. 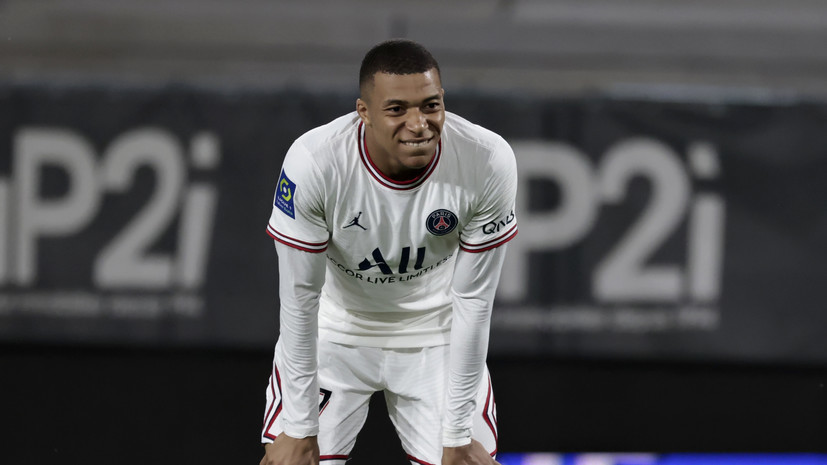 Kylian Mbappe, who appeared to be on the verge of a move to Real Madrid, has signed a new deal with PSG.

The striker himself, commenting on his decision, explained that in Paris he would have the opportunity to progress and perform at the highest level.

“And I’m also very glad that I can continue to develop in France, the country where I was born, raised and made a name for myself,” the official website of the Parisians quotes the athlete as saying.

Separately, he thanked club president Nasser Al-Khelaifi for his "trust, understanding and patience".

“I also want to thank all the Paris Saint-Germain fans in France and around the world for their support, especially in recent months.

It is together, united and full of ambition, that we will create magic at PSG, ”added Mbappe.

In turn, Al-Khelaifi called the extension of the contract with the team leader an exceptional moment in the history of PSG and good news for the fans of the team.

“Since Kilian became a member of our family, he has achieved greatness that is not typical of people of this age, in all aspects.

By extending the agreement, he will be the basis of the future of our club both on and off the field.

I am incredibly proud and happy - for Kylian, for the fans, for the entire PSG family, happy that we will continue our wonderful journey together.

The greatest chapters in our history are yet to come,” the President emphasized.

The striker celebrated a happy event right on the day of the publication of the official news with a hat-trick against Metz in the match of the last round of the French championship.

And one of the first to turn to a partner was Neymar, whose negotiations with the Parisians a few years ago also made a lot of noise.

The Brazilian congratulated his friend and stressed that he is the present and future of the team.

It would seem that it remains to be happy for a football player who is able to turn into a real PSG legend.

However, the signing of a new contract was not without a serious scandal.

The main victim in this situation was Real Madrid, which, judging by the media, was extremely close to an agreement with the star.

So, at the beginning of the week, Marca reported that Madrid closed the deal for the striker.

Allegedly, the parties finally agreed on the transition in May.

In turn, the Parisians stopped selling the athlete's T-shirts on the official website.

However, over the past few days, the situation has changed dramatically, and this caused a harsh reaction even from the leadership of the Spanish La Liga.

There, the re-signing of PSG Mbappe was considered a violation of financial fair play and promised to file a complaint with UEFA.

“It is outrageous that a club like PSG, which reported a loss of more than €220m last season and accumulated over €700m in losses in previous periods (while reporting questionable sponsorship income), pays the players of the team this season, about €650 million, can conclude such an agreement, while the clubs that could sign such a player without damaging their salary fund do not have this opportunity, ”the organization’s management expressed indignation.

La Liga also recalled that they had already made similar complaints against the Parisians in order to "protect the economic ecosystem of European football", and they were satisfied by UEFA.

It is possible that something similar will happen now.

“This behavior once again demonstrates that state clubs do not respect and do not want to respect the rules of such an important area as football.

These rules play a key role in protecting and preserving hundreds of thousands of jobs.

This behavior (of the team) led by the president poses no less of a threat to European football than the European Super League,” the statement said.

Real Madrid, on the other hand, were so shocked by Mbappe's unexpected step that they have not yet commented on it.

According to media reports, the player personally contacted the president of Madrid, Florentino Perez, and announced his decision.

In correspondence, he allegedly reminded that he had been a fan of the team since childhood and thanked for the interest.

The manager responded by lamenting that the Parisians had ruined the striker's dream.

Now many have no doubt: the negotiations with the creamy ones were for the representatives of the athlete only a way to knock out the best conditions from PSG.

His environment specifically created the appearance of closeness with the Spanish club.

As a result, they achieved their goal.

According to Eurosport, under the terms of the new deal, the star will earn €100m a year and will also receive €300m as a signing bonus.

In addition, Kilian will be able to dispose of most of his image rights.

A little closer to reality are the BBC figures - € 40 million per season and € 150 million in the form of a bonus.

One thing is for sure - Mbappe ushered in an era of unprecedentedly high salaries in European football.

For comparison, the salaries of Lionel Messi at PSG and Cristiano Ronaldo at Manchester United are around €30 million.

And the information that the Parisians and Madrid made almost identical proposals to Kilian was confirmed by his mother, Faiza Lamari.

According to her, there was no big difference between them, and the son could only make a choice.

However, the Spanish team was ready to give the player full control over his image rights.

Now, Real Madrid urgently has to resolve the issue of finding a star striker.

This season, Carlo Ancelotti can only bet on Karim Benzema, who has scored an incredible 44 goals in 45 matches in all competitions and may receive the Golden Ball.

However, the Frenchman is 34 years old and will soon need a replacement.

And the reservists Luka Jovic and Mariano Diaz scored only a couple of goals for two.

Moreover, according to journalist Romain Molina, the club believed so much in the imminent transfer of Mbappe that they pulled out of negotiations with Borussia Dortmund on Erling Haaland and were left without plan B. The Norwegian has already moved to Manchester City.

PSG, having retained the striker, doomed itself to dependence on him.

The club will now be forced to listen to the opinion of the football player.

In particular, he allegedly insists on the departure of sports director Leonardo.

Also, according to rumors, Kylian wants to see Zinedine Zidane as head coach and does not mind selling Neymar.