Hitchcock's scenarios on the big day in the Premier League

Manchester City has its destiny in its hands to retain the Premier League title, when it enters the final 38th stage on Sunday, with an orphan point ahead of its chaser Liverpool, who is searching for a historic quartet. 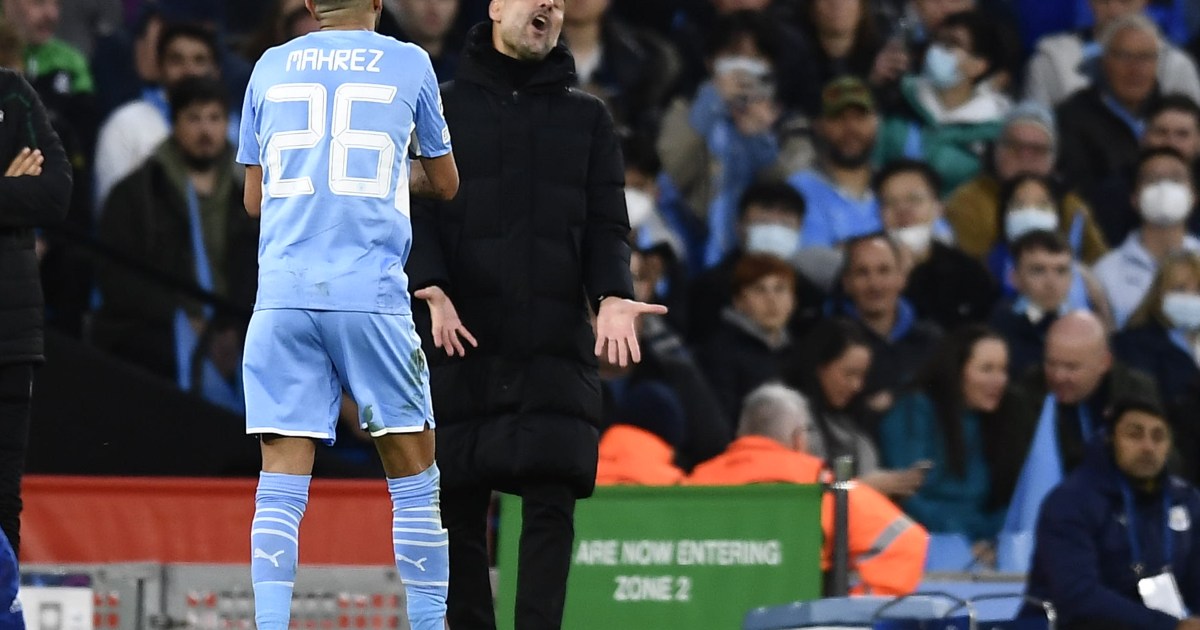 Manchester City has its destiny in its hands to retain the Premier League title, when it enters the final 38th stage on Sunday, with an orphan point ahead of its chaser Liverpool, who is searching for a historic quartet.

Spanish coach Pep Guardiola's men will guarantee the fourth title in 5 years, when they beat their guest, Aston Villa, who is 14th in the standings, who has not won in the last 3 matches.

"It's hard to control your emotions when you realize what's at stake," Guardiola said.

"The players are human beings, but football, you don't know when things will be decided," the former Barcelona and Bayern Munich coach added.

City knows full well the bitterness of losing in the last moments, after he was eliminated from the Champions League semi-finals, after he was ahead of Real Madrid.

"There is no point in telling the players the importance of the situation, they know and feel it," Guardiola added.

Our final @premierleague matchday of the season 👊

On the other hand, Liverpool is fighting on two remaining fronts, after winning the FA Cup and League Cup this season in England.

After the final stage of the Premier League, the Reds are preparing for the Champions League final with Real Madrid in Paris, hoping to crown their season with a historic quartet for an English club, if they manage to win the league.

"Imagine, before the start of the season, that someone would say that you will reach the final of the three cups and fight for the league," said his German coach Jurgen Klopp.

"The youth succeeded in achieving this, with the support of the management and the fans," added the coach, who previously led Liverpool to the Champions League and English Premier League titles.

"Liverpool fans are having a great time and we must make sure we enjoy our last two games well."

The presence of Liverpool legend Steven Gerrard in the coach's seat at Aston Villa will add an extra flavor to the latest battle in the league.

Gerrard has not won any league title with Liverpool in 17 years at Anfield, but he may contribute to providing him with a new title by obstructing City.

If City wins, it will guarantee the title, and if it loses or draws, Liverpool will take the title if it comes out victorious over Wolverhampton the eighth, who has not won in the last 6 matches.

Back underway at Villa Park…

In the event that City loses (90 points) and Liverpool draws (89) and then equals them on points, City will guarantee the title logically, as it has an advantage of 6 goals over Liverpool.

"We will go out on Sunday and give everything to score points for Aston Villa and our fans," Gerrard said.

"If it definitely helps Liverpool, that's great, but my priority is to try and get points for Aston Villa."

It is noteworthy that City had won the 2019 title by leading Liverpool by an orphan point (98-97).

While Manchester City, Liverpool and Chelsea III secured the first 3 cards that qualified for the Champions League, the last fourth seems close to Tottenham, two points ahead of its north London neighbor, "Arsenal".

Tottenham need a point due to the goal difference with Arsenal, who lost the last two games and neglected the possibility of early deciding to qualify.

Tottenham (68 points) is a guest of the last Norwich and relegated to the second level, while Arsenal receives Everton (16).

After a disappointing season, Manchester United is looking for a guarantee of the Europa League ticket, as it leads by two points over West Ham Seven, whose position entitles it to qualify for the third continental competition, the European "Conference".

United, who is preparing to receive their new Dutch coach, Eric Ten Hag, will be a guest of Crystal Palace (13) while Brighton (tenth) will receive West Ham.

At the bottom of the standings, Burnley or Leeds, equal with 35 points, fall to catch up with Botford and Norwich.

Burnley will remain among the elite clubs, if he achieves a result similar to Leeds, given the difference of 20 goals in his favour.

Burnley receives Newcastle United, who is in 12th place, and Leeds is a guest of Brentford (11).