After Mbappe rejected Real Madrid's offer and renewed his contract with Saint-Germain.. the La Liga League files a complaint against the Parisian team

The Spanish Football League filed a complaint about the renewal of French star Kylian Mbappe's contract with Paris Saint-Germain, claiming the impact of the agreement on the financial stability of European football. 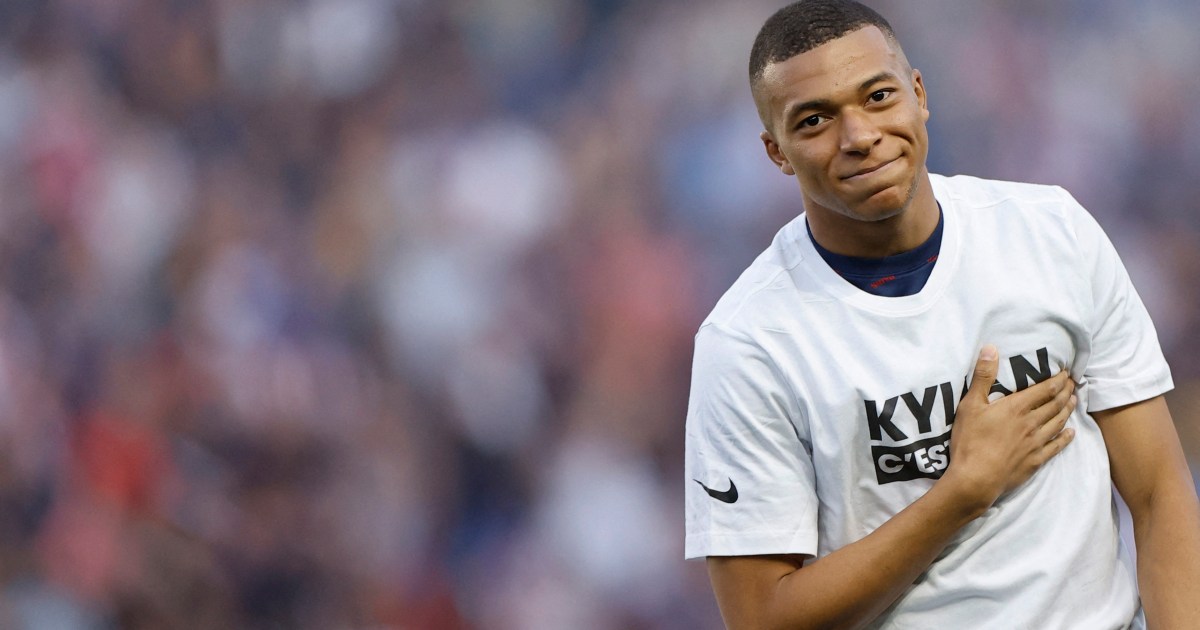 The Spanish Football League (La Liga) filed a complaint about the renewal of French star Kylian Mbappe's contract with Paris Saint-Germain, alleging the impact of the agreement on the financial stability of European football.

The French international, who was widely expected to join Real Madrid when his current contract expires on the 30th of next month, signed a new 3-year contract with the French team.

And the "La Liga" confirmed - in a statement yesterday, Saturday - that it will submit a "complaint to the European Football Association, the French administrative and tax authorities and the competent authorities in the European Union."

"It is shameful that a club like Saint-Germain can sign such an agreement, while clubs that can afford to sign the player without seeing their wage bill are jeopardized and find it difficult to sign him," the statement added.

The "La Liga" accused Paris Saint-Germain of violating "the current economic control rules of the European Football Association and France".

French international striker Kilian Mbappe decided to stay with his current team instead of moving to Meringue, signing a new official contract until 2025.

From the Princes Park stadium, and before the match against Metz in the last stage of the French League (it ended with the victory of the Parisian team by five clean), Nasser Al-Khelaifi, president of Saint-Germain, announced the extension of the contract for an additional 3 years, thus putting an end to Real Madrid's desire to include him in his ranks.

"I am very happy to be in France, in Paris, in my city," Mbappe said. "I hope to continue doing what I love to do, which is playing football and winning trophies."

This coincided with the official announcement that Mbappe will stay with the team he joined in 2017, from Monaco, for 180 million euros.

Reports indicated that the last offer made by Real to the 23-year-old was about 190 million euros, a signing bonus with a net annual salary of 40 million euros, in addition to 50% of his image rights, like the rest of his players.

But those close to Mbappe prefer the 100% offered by Saint-Germain.

Mbappe's mother, Fayza Al-Ammari, had reported that her son had reached an agreement with both Saint-Germain and Real, and he had to choose between them.

"All negotiations are over," she said. "We have an agreement with Madrid and Paris. Now it's up to Kilian to choose."

And the mother, who partially manages the business of the 2018 World Cup champion, added that "the two offers are equal."

Yesterday, Saturday, Marca newspaper and RMC radio reported that Mbappe contacted Real Madrid president Florentino Perez via WhatsApp to inform him personally of the decision to stay in Saint-Germain.

According to "Marca", Peres responded to the winner with the France national team in the 2018 World Cup, "I am sorry for what happened in the past few days; they destroyed the dream that you had since you were a child."