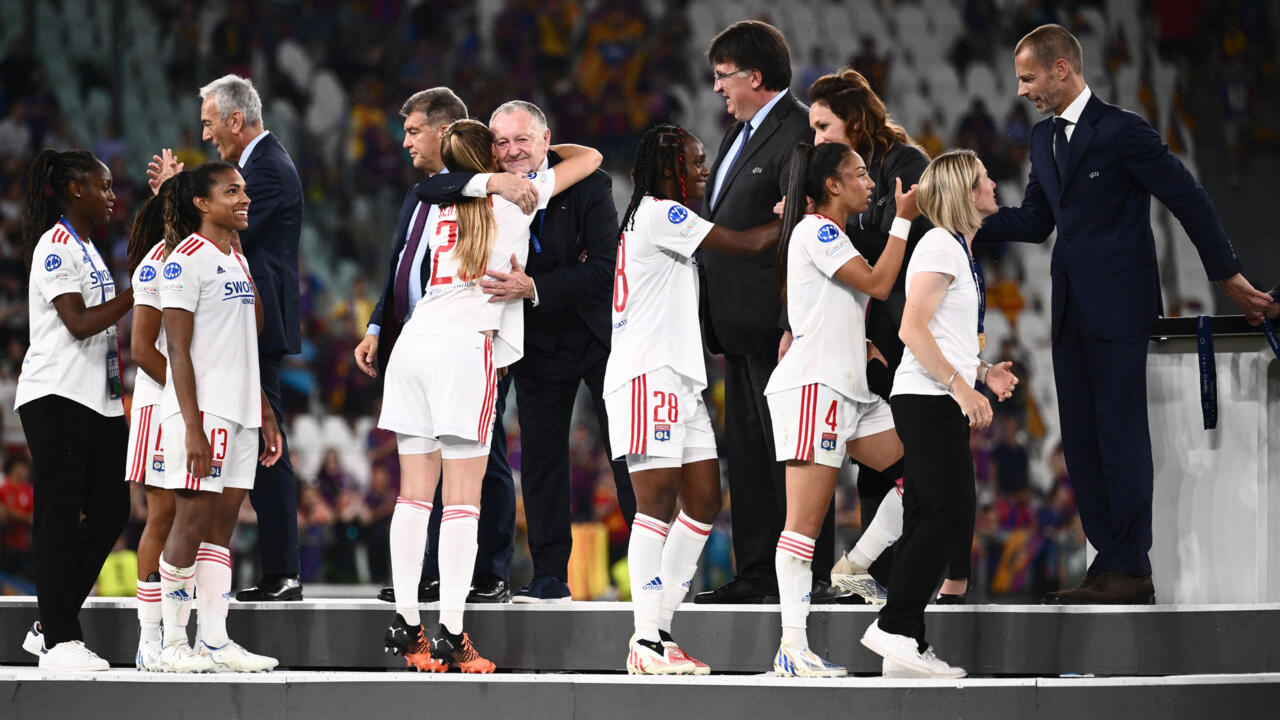 With tremendous efficiency and collective strength, the players of Olympique Lyonnais won the Champions League on Saturday May 21 in Turin by winning 3 to 1 against FC Barcelona.

In the stifling heat of a hostile Juventus stadium and largely colored by "blaugrana", it was indeed the red and blue of Lyon who ended up triumphing, thanks to a start to the meeting as clinical as it was bewildering, with three goals scored during the first 33 minutes, three flashes sufficient to suddenly disintegrate the Catalan base and all its certainties.

The almost perfect evening of the Lyonnaises could not, however, reduce the dimension of the feat achieved by Amandine Henry, Ada Hegerberg and Catarina Macario, scorers, against a Barça logically presented as the great favorite, steamroller who had not known defeat only once in his last 49 matches, for 48 wins.

But who has still not succeeded in defeating OL in four attempts, three years after having already yielded in the final in Budapest against the same opponent (4-1) in a similar scenario...

The large score, recorded from the half-hour mark, could not diminish the scope of the Rhone club's eighth European title either.

At its lowest a year ago after the loss of its continental and national crowns to Barça and Paris SG, Lyon recovered magnificently twelve months later, with the resilience of the taulières (Hergerberg, Wendie Renard, Henry) and the carelessness of the youngest (Selma Bacha, Macario, Melvine Malard).

With this new trophy in C1, won in difficulty – defeat in the quarter-final first leg against Juventus, perilous qualification against PSG in the half – OL regain their continental supremacy, probably never as much discussed as in the past two years, by PSG in France and by Barça in Europe.

The Lyonnaises had kept repeating in recent days that they had "not won anything yet" this season.

And the happiness is likely to continue: because OL, at the top of the French D1 with five points ahead of the Parisiennes, are two matches away from celebrating the 15th national title which seems promised to them.

Opener in the sixth minute

Saturday's final remained in line with a remarkable season, with a very well filled Juventus stadium (32,257 spectators including at least 15,000 Barcelonans for around 2,000 Lyonnais), and an astonishing enthusiasm on the sidelines of the match, the hall of press to the overheated streets of the city.

On the lawn, the players rose to the occasion, with a jewel signed Henry from the 6th minute, a monumental long shot in the skylight;

then a classy cross from Bacha victoriously headed by Hegerberg (23rd), top scorer in the history of the competition with 59 goals in 60 matches.

In front of a barcelonian kop extinguished, Macario added to the addition at the end of a nice movement (33rd), eight minutes before the reduction of the score of Alexia Putellas, unable to find the fault again despite constant pressure in the second half.

The Barcelona captain, a superstar in her country since her Ballon d'Or in the fall, ends the competition as the only top scorer (11 goals).

A distinction that she would no doubt have exchanged without regret for success in this European summit, already elevated to the rank of classic.