The traumatic reunion of the "betrayed" Spanish rugby team

Gavin van den Berg was eliminated from the group. A while after the Spanish rugby team learned that they were losing their place in the World Cup due to a fraud in the documentation... 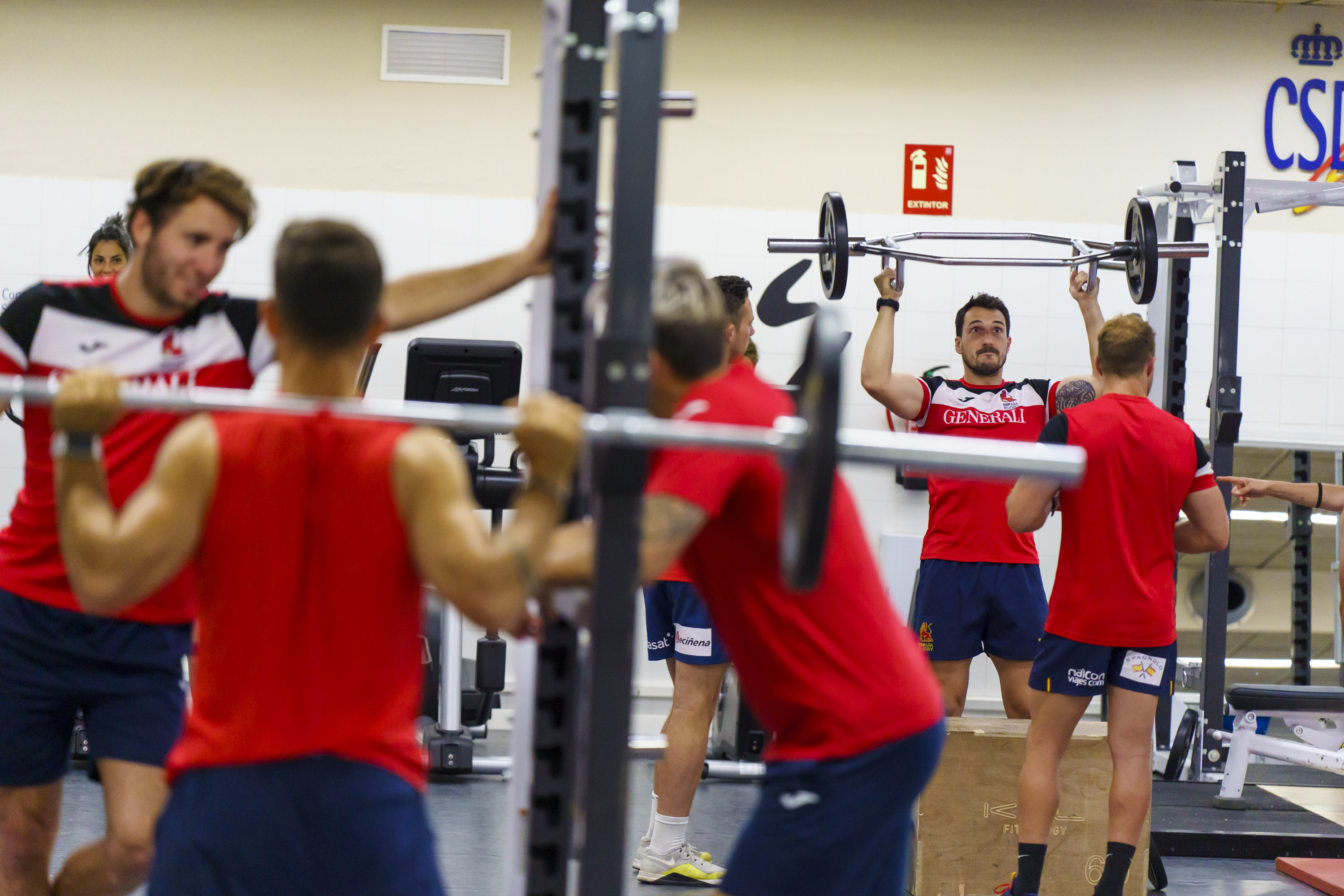 Gavin van den Berg was eliminated from the group.

, the striker was excluded from the players' chat.

Between laments, rage and disbelief, the noisy silence of the protagonist called our attention.

That episode has still marked the reunion, this week, of the

More than a concentration, he has shared an oval balloon therapy.

The general feeling is expressed in one word, "fucked", and many gestures.

A nod, the hands that simulate a roller coaster, the seriousness of all.

Still, they admit, better to be together.

"We wanted to meet again, this important match raises our spirits a bit," summarizes

The Santiago Santos team has gathered for

this Saturday's match (20:45, Wanda Metropolitano Stadium in Madrid) in front of some 40,000 spectators against the

a group made up of Conrad Smith, Chris Masoe, Stephen Donald and other former members of the prestigious New Zealand team.

But he also lives days of meetings and calls.

Because the Spanish players play another game in parallel in the offices.

They participate with their own lawyers in the appeal against the sanction of the International Federation for the improper alignment of Van den Berg.

The real ones punished, as they express it, have been them.

If the appeal does not prosper, this week may have meant the dismissal of part of the group.

Transfers, photocopies and the most fatal fraudulent F for Spanish rugby

Transfers, photocopies and the most fatal fraudulent F for Spanish rugby

No one directly accuses his former partner of having conceived or executed the manipulation of the photocopy of the passport.

There is no doubt that he benefited from it, because he made it possible for him to line up with Spain.

Some allege legal reasons for not pronouncing his name.

But on the striker floats one of the most serious faults in any locker room: disloyalty.

Not an apology, not a justification, not even a claim of his innocence.

"We don't know anything about him, he shows no signs of life, he doesn't respond to calls," says Jon Zabala.

He has not responded to attempts to contact El Mundo either.

Between the heat and the pain

In terms of communication, Gavin van den Berg embodies a great elephant in the small room of Spanish rugby.

He doesn't speak but he's still there, at the center of so many hushed conversations about deception and negligence.

As collateral victims, those who shared a shirt with him.

These days have felt more accompanied.

For the kids from the Industrial Engineers quarry, who made them a corridor when they arrived at their first training session.

For the warm words of the leaders of the Madrid City Council.

For the affection of the fans who ask for photos.

For the ovation that will surely receive them this Saturday at the Wanda.

puts rhythm to the exercises.

There is no joy but professionalism prevails.

This is how he transmits it in his behavior

From him Santiago Ovejero

He was a colleague - not a friend - of Van den Berg in Alcobendas and is particularly affected.

The hooker Ovejero, Argentine by birth, was enjoying his best season: he aspired to win the League and the Cup, he was counting on the coach Santos and with his final rehearsal in Russia he catapulted the Spanish fifteen to the World Cup.

He is now detached from the Madrid club, he exercises on his own account and looks for a team.

Without citing the cursed name, he does express his frustration.

"I waited six years to be called up with the national team, I took my vacations here and all the time, the shortcut bothers me."

Ovejero refers to the fact that the deception -of which the Federation accuses the coaches of Alcobendas Rugby- tried to hide a trip of more than four months to Europe and South Africa in the summer of 2019 that prevented the consideration of Van den Berg as Spanish for purposes sports.

The sentence of the International Federation did not implicate the player in the fraud and his testimony, very negative for Spanish interests, highlighted the precision in remembering the dates of those journeys.

However, several members of the

told El Mundo that, when the sports

asked him half a year ago, before his debut, he stated that he met all the conditions.

One of them angrily cites Gavin van den Berg's refusal when specifically asked if he had spent more than two months outside of Spain in any summer.

"It is impossible that he did not know," Zabala concludes.

The requirement that the stay abroad does not exceed two months per year is usually well known by the players who sign up for the national team in their country of residence.

"We've done the job" is the other most verbalized sentiment.

If he had played a lot, we would have been able to understand him"

about the suspension of the entire group.

Van den Berg only played the last stretch of two games, coming off the bench with the score already settled in favor of Spain.

In total, some 56 minutes of the 800 that made up the ten qualifying matches for the World Cup.

The resource of the Spanish internationals is attended by some antecedents.

The most notable came two decades ago, when Englishman

was found to have garnered 42 caps for Scotland based on misinformation about his grandfather's birthplace.

In a similar situation were the Welshmen

Unlike now, the punishments were for the offenders and did not harm their teammates.

"We have to believe and fight," insists Zabala.

What if the appeal fails?

"The youngsters will have to continue with this project, the veterans will remain to help"

"We are pulling, but we are still standing," says

, one of those called to bear that witness in the future.

Many gave up breaks, vacations, better paid contracts to dedicate more time to the selection.

In this years-long effort they lost a partner, the ill-fated

, to whose memory they dedicated the classification.

For veterans, France 2023 was going to represent the dream goodbye to the best stage of their sporting life.

This Saturday, against the

the local fifteen hopes to offer an attractive show.

A few days ago, Santiago Santos asked his men for "quality and intensity" in a non-contact training session.

Ten minutes later he had to tell them to "calm down".

When the oval flies, the frustration seems to be released.

Under a blazing sun,

the team escaped from the wide shadow of that nameless colleague who, knowingly or not, contributed to ruining so much collective work.

That with the sole and brief presence of him on the pitch he has annulled the results of all.

That for weeks he owes them, at least, an explanation.