Ligue 1: OM in C1, Saint-Etienne barrage, a crazy final for the last day

OM who blew second place in Monaco at the last minute, Hamouma who offered a reprieve to Saint-Etienne, Mbappé who celebrated his extension of conatr at PSG with a hat-trick and the comeback from Nice.… 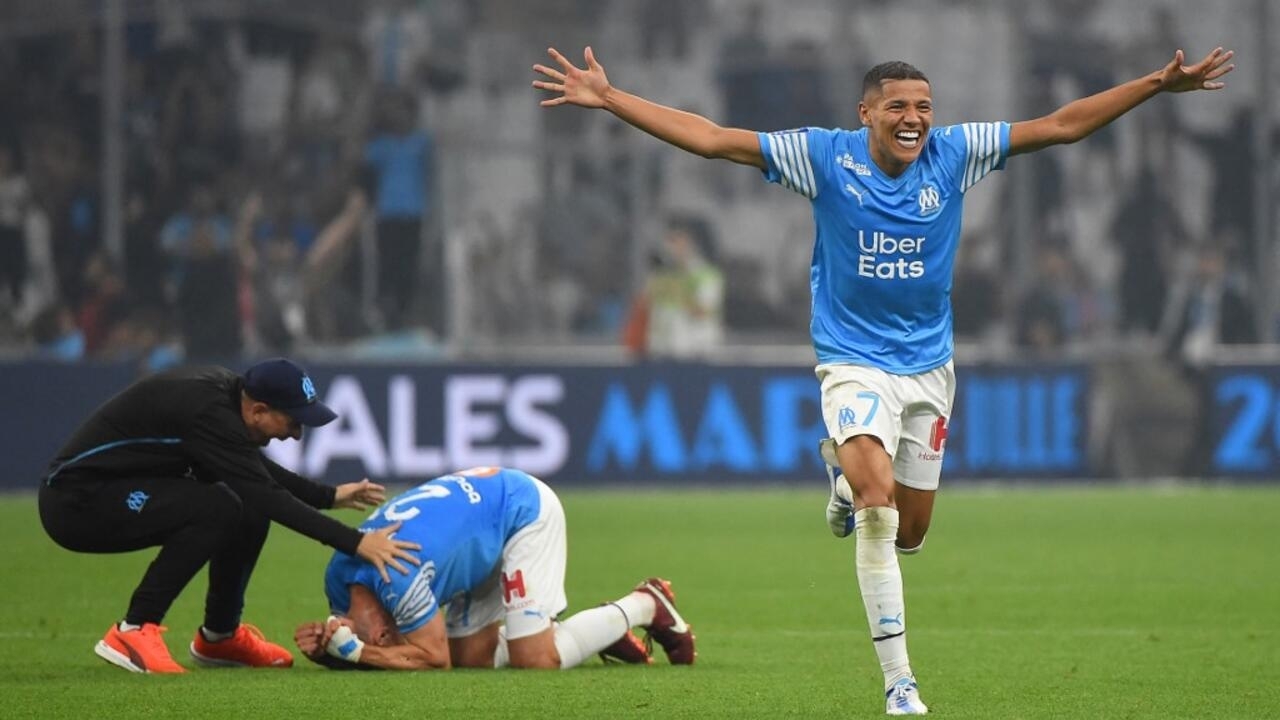 Ligue 1: OM in C1, Saint-Etienne barrage, a crazy final for the last day

The Moroccan Amine Harit explodes with joy after the direct qualification in the Champions League of Olympique de Marseille.

OM who blew second place in Monaco at the last minute, Hamouma who offered Saint-Etienne a reprieve, Mbappé who celebrated his extension of conatr at PSG with a hat-trick and the comeback from Nice.

The last day of the French Ligue 1 championship was crazy.

Thanks to the 2-2 draw between Lens and Monaco and their resounding 4-0 victory against Strasbourg, OM recovered their second place in extremis.

At the final whistle, Mattéo Guendouzi, who has played nearly 50 games this season, still found a little energy for a final sprint, heading for the bench, where he lifted Jorge Sampaoli.

He had understood, the 65,000 spectators at the Stade Vélodrome too, but not some of his teammates, who a second earlier were still calling for a hand from Strasbourg to get a 5th goal.

It was useless, Lens had just equalized against Monaco (2-2) and sent OM to the Champions League.

The jubilation then was incredible, with the owner Frank McCourt, the best player of the season, Dimitri Payet, injured but very present, Basile Boli who was passing by, children everywhere, including a daughter of Amine Harit on the shoulders of Sampaoli, and immense joy when the music of the Champions League rang out.

Marseille therefore finds the C1, two years after a painful passage with André Villas-Boas in charge, for a group stage without an audience and at three small points.

Author of a 1-1 draw in Nantes, Saint-Etienne hung in extremis the place of play-off by taking advantage of the debacle of Metz in Paris (5-0).

Quickly led after a penalty from Ludovic Blas (23rd), the Greens were able to remain solid in defense, with several crucial parries from Paul Bernardoni, before managing to equalize in the 71st by Romain Hamouma (71st).

They will face Auxerre, winner of the Ligue 2 play-offs, on May 26 and 29 with a return match at the Geoffroy-Guichard stadium.

Led by two goals for 75 minutes, Nice overthrew Reims thanks to a hat-trick from Andy Delort in seven minutes on Saturday (3-2) and snatched fifth place in Ligue 1, synonymous with qualification for the Europa League Conference.

The Rémois have long mastered the debates, but it was without counting on the excellent Delort.

While his team had delivered a tasteless game so far, the Algerian international had a recital at the end of the match.

He first converted a generous penalty that he himself had obtained after a duel against Yunis Abdelhamid (75th, 2-1), then he equalized with a fine pivot shot from the penalty spot (77th, 2-2) before scoring closely, with a header, in a fox from the surfaces (82nd, 2-3).

This crucial performance allows the Nice center forward to end the season with 18 goals.

Mbappé at the party

formalized the news of his extension

just before the kick-off of this 38th and final day of Ligue 1 In addition to Mbappé (24th, 27th, 49th), crowned top scorer in the championship this season, Neymar (30th) and Angel Di Maria (66th), for his last game after seven seasons in the capital, smashed Metz, relegated to League 2.