Emil Forsberg can finally celebrate his first title with Leipzig. At the Olympic Stadium in Berlin, it was the third time the club he joined was seven years ago. Leipzig won the German Cup after penalties. 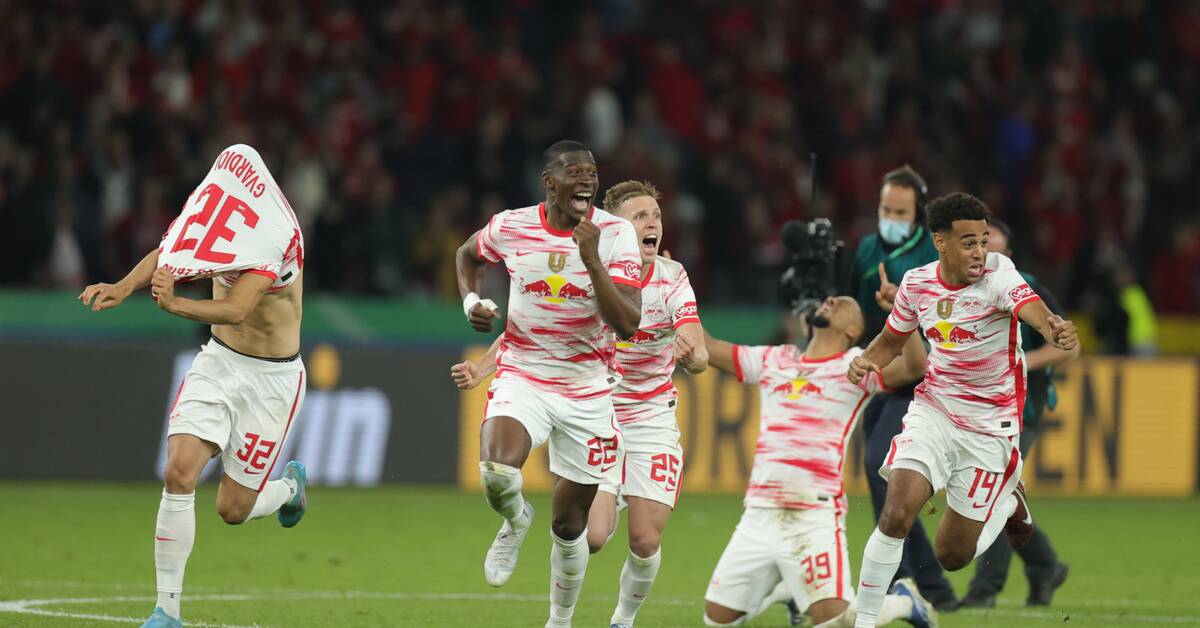 At that time, the national team midfielder had long since been replaced and did not get the chance to help the club.

But it was not needed.

In front of visiting supporters, Forsberg instead ran a lap of honor with his teammates and staff around the team.

His big contribution in the cup was when he decided the semifinal against Union Berlin.

Succeeded - despite one man less

The joy was enormous - and not just because the club took its first title.

It was just as much about Leipzig succeeding despite heavy setbacks during the match.

Maximilian Eggestein sent in Freiburg's lead goal in the first half.

The uphill became even steeper for Leipzig when Marcel Halstenberg was hit by a free-kick expulsion ten minutes after the break - in a period when Leipzig was on hard for a draw.

With one man smaller and at a disadvantage, Forsberg had to leave the field after only one hour of play.

For understandable reasons, he looked very disappointed when he stepped off the field.

He and the others in Leipzig were all the happier with a quarter of an hour left.

Willi Orban won a header duel and Christopher Nkunku pushed in the equalizer from close range close to one post.

The extension did not make a difference, the closest was Freiburg with both post and rib shots.

With only minutes left, the referee cleared when Leipzig's Dani Olmo was sent off in the penalty area.

He stuck to his decision after VAR check.

Instead, the resolution came in the penalty shootout.

Emil Forsberg has been a reliable penalty shooter during the season and would probably have been one of five shooters that coach Domenico Tedesco sent forward if the Swede was still on the field.

Now it went the way anyway and Leipzig got their trophy after previous final losses against Dortmund and Bayern Munich.

Forsberg can take the opportunity to celebrate the victory properly.