Coach Conte said, "I'd be happy if Son Heung-min became the top scorer...but Kane is the PK"

Tottenham Hotspur manager Antonio Conte in the English Premier League said it would be difficult to set Son Heung-min as the penalty kicker, who is about to become the top scorer. "Our team's penalty kicker is Harry Kane," Conte said at a press conference ahead of the final game in the Premier League. 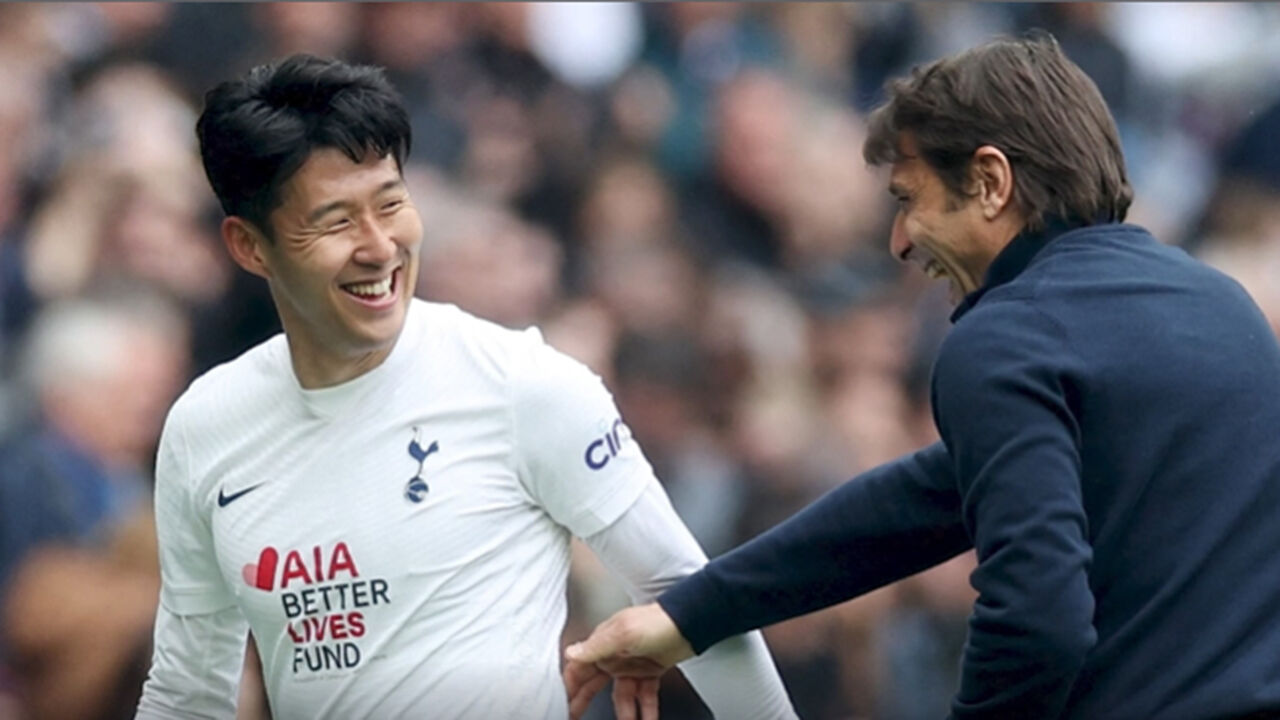 English Premier League (EPL) Tottenham manager Antonio Conte said it would be difficult to establish Son Heung-min as the penalty kicker, who is about to become the top scorer.

"The penalty kicker for our team is Harry Kane," Conte said at a press conference ahead of the Premier League final game.

Tottenham will play the last regular league match against Norwich City on the 23rd at 0 o'clock in our time.

Son Heung-min, who placed second in the league in scoring with 21 goals (7 assists) this season, will also challenge the title of 'the first EPL top scorer from Asia' in this match.

It is only one goal away from the top scorer Mohammed Salah (Liverpool, 22 goals).

If Tottenham win a penalty against Norwich City and Heung-Min Son succeeds as the kicker, it will be easier to become the top scorer.

But Conte said he had no intention of changing the kicker.

Tottenham's penalty kicker is Kane, and none of Son's 21 goals this season have been scored from a penalty.

With Arsenal not over for fourth place, Tottenham should focus on their team's win.

If Tottenham draw with Norwich City and Arsenal win over their opponents Everton, the points will be equal to 69, but Spurs (+24) will most likely rise ahead of Arsenal (+9) in goal difference.

In the EPL, up to 4th place in the league will be given a place in the next season's UEFA Champions League (UCL).

Manager Conte said, "I am very happy with Son's competition for the top scorer. He deserves to be here, but we must not forget that the team's goal is more important than personal goals. Personal goals are next."

He said, "I'd be happy if I could satisfy both, but Heung-Min Son would think the same as me. He's a good person and very smart." But if I have to choose between the two, my answer is fixed. Son Heung-min will know the answer, too."

Before the press conference, there were rumors that some of Tottenham's squad, including Kane, had food poisoning.

Conte said: "The last four players had stomach problems against Burnley and the same thing happened to a few people this week. But we got through the situation."

"The players available are the same as against Burnley," said Conte, who was sure of Kane's appearance.

"Last match, Dejan Kulusevsky missed training because of this problem, but he played well. Kane doesn't want to miss this kind of match. This match means a lot to everyone," he explained. .